“The Big 12 owes a lot of people an apology. It punted on expansion & shanked its future. @UHouston deserved better.”

—Governor Greg Abbott via Twitter. Abbott had supported the Big 12 Conference’s expansion earlier in the year, so he was understandably pretty upset when it decided on Monday to stay put at ten teams (more on that later). Still, this was a very good sports tweet from Abbott. Punted! Shanked! We get it, Guv. 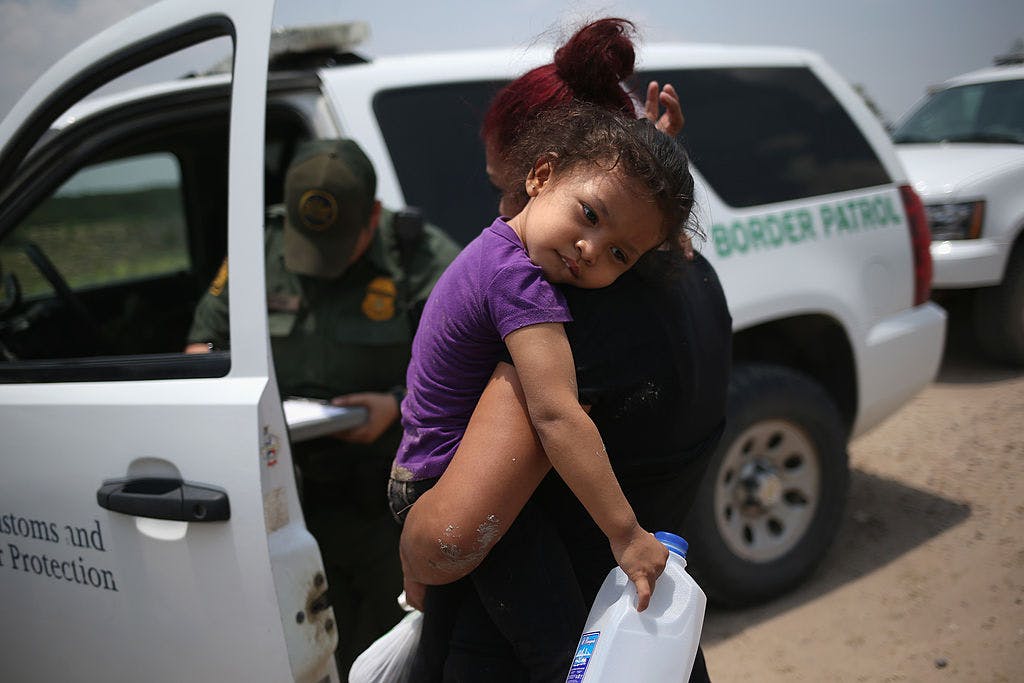 New Wave
The flow of migrant families crossing the border is surging again, according to data released on Monday by U.S. Customs and Border Protection. Thousands more families and unaccompanied minors were apprehended or turned themselves in at the Texas border in fiscal year 2016 than the previous period. The El Paso Border Patrol sector saw a 134 percent increase in unaccompanied minors since fiscal year 2015, and the Rio Grande Valley region saw a 54 percent increase; in the 2016 period the same regions experienced hikes of 364 percent and 90 percent, respectively, in families who were apprehended compared to the 2015 period. Overall, 88,720 families and unaccompanied minors were apprehended in the Rio Grande Valley region, by far the region with the most apprehended migrants, compared to 51,273 in FY 2015 and 102,285 in FY 2014. The majority of the migrants came from Central American countries plagued by violence, including El Salvador, Guatemala, and Honduras. As the Dallas Morning News notes, the new wave of families and minors traveling alone is close to the 2014 surge that the White House labeled a “humanitarian crisis.” Along the entire southwest border, 137,366 families and unaccompanied children were detained by border patrol authorities in 2016, but in 2014 there were actually a little less—136,983—families and unaccompanied children detained. One expert told the Morning News that the current migration crisis is arguably worse than in 2014, because the U.S. has since prodded Mexico to apprehend and deport Central American migrants passing through Mexico before they even reach the U.S. border, so the current U.S. statistics may not reflect the whole flow of migrants from Central America.

Big Ad Buy
Democratic presidential nominee Hillary Clinton is buying TV ad space in Texas, according to the Texas Tribune. A thirty-second commercial touting the Dallas Morning News‘s endorsement of Clinton will run for a week on televisions in Dallas, Houston, Austin, and San Antonio, and it’ll also run online. It’s unclear how big, exactly, the ad buy is, but it’s a major sign that Clinton’s campaign is taking Texas seriously. The ad buy comes after a poll by WFAA last week showed Republican presidential candidate Donald Trump’s lead in Texas had slipped to just four points, putting Clinton within the margin of error. According to the Austin American-Statesman, this is just the second time a Democratic nominee has bought airtime in Texas since 1976, which was the last time Texas voted for a Democrat for president (apparently Bill Clinton made a small ad buy in Texas during his campaign for reelection in 1996). In the commercial, which you can watch here, a narrator pretty much just reads selected quotes from the Morning News‘s editorial.

Ten Toes Down
The Big 12 Conference decided on Monday to stay at ten teams for now, so the possibility that it could add a number of teams heavily favored to make the cut—including the University of Houston, Rice, and Southern Methodist—is on hold. The decision is an especially big bummer for Houston. Tilman Fertitta, the chairman of the UH System Board of Regents, told KRIV that he’s “really disappointed,” and is “just shocked we went through this process and nothing happened.” According to the Houston Chronicle, no individual candidates were even discussed during the meetings among conference officials on Sunday and Monday, and by the end of the day, the group voted unanimously against expansion. “This was not a decision to not expand,” Commissioner Bob Bowlsby said, according to the Associated Press. “This was an endorsement and reinvestment in the ten that we had.” University of Texas at Austin President Greg Fenves, who had initially supported Houston as a candidate for expansion, apparently came to a firm decision that ten is really the best number of teams for the Big 12. “It promotes a competitive balance and allows for a round-robin schedule in the different sports, which is best for our student-athletes,” Fenves said, according to the Associated Press. “This is the right way to ensure a strong conference moving forward.”

Survey Says
Some Texas cities are a lot more hospitable for LGBT people than others. According to the Dallas Morning News, on Monday the Washington, D.C.-based LGBT advocacy organization Human Rights Campaign released its annual Municipal Equality Index, which gives cities scores based on how LGBT-friendly their municipal policies and laws are, and Austin, Dallas, and Fort Worth all received perfect scores of 100. San Antonio scored a 95, and Houston came in at 71, likely the result of its vote to remove non-discrimination ordinance last November. Overall, Texas didn’t do so hot. College Station, Laredo, and Irving each scored just a six, while ten more Texas cities were handed grades of 25 or less, including Amarillo (23), Brownsville (19), and Lubbock (18). According to the Morning News, the national average score was 55, and only six Texas cities managed to surpass that score (El Paso sneaked by with a 57).