“It just seemed like the time was right even though it took us a while.”

—Linda Bownds, of The Woodlands, to KHOU. Linda and her longtime partner, Bill, finally got married in Katy this week, after dating each other for 41 years. 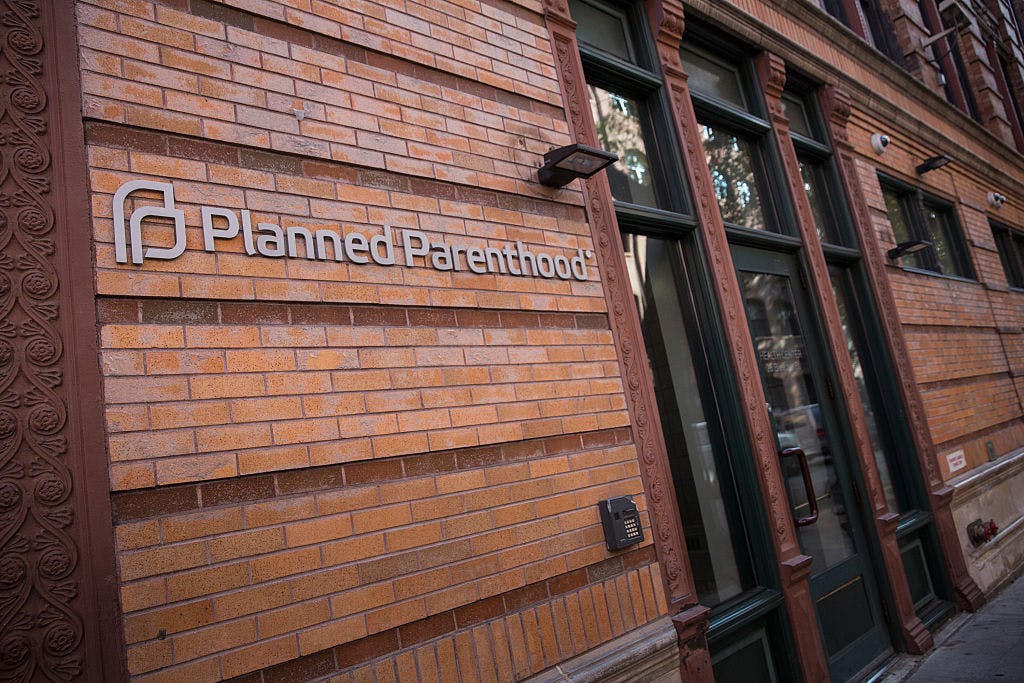 Aborted Plan—The end is nigh for Planned Parenthood’s stay in Texas’s Medicaid program. According to the Texas Tribune, the Texas Health and Human Services Commission sent a final legal notice to strip $3.1 million of funding for the organization from the Medicaid program, leaving the reproductive health services provider thirty days before it is defunded. Should the move officially go through, it would mean the mostly poor women who are enrolled in Medicaid would lose access to Planned Parenthood’s services, which includes giving women access to birth control and cancer screenings, and, well, helping them plan for parenthood. Despite the warning shots fired by the state, Planned Parenthood isn’t going down without a fight. The organization could delay the cut-off by appealing and requesting an administrative hearing with the state health commission sometime in the next fifteen days, but Planned Parenthood is apparently not bothering with that and will just take Texas straight to court instead, continuing with a lawsuit it preemptively filed last year, when the state first threatened to kick Planned Parenthood out of Medicaid. “Planned Parenthood continues to serve Medicaid patients and will seek a preliminary injunction in an ongoing lawsuit filed in November 2015, following the state’s original threats to take action against Planned Parenthood’s patients,” Yvonne Gutierrez, executive director of Planned Parenthood Texas Votes, told the Tribune. As part of the reason for Planned Parenthood’s ejection from Texas Medicaid, the state’s letter cited the controversial videos captured by anti-abortion activists last year, which purportedly showed members of Planned Parenthood’s Houston office discussing the sale of fetal tissue (Planned Parenthood has consistently denied that it sells fetal tissue for profit, and was cleared after multiple investigations into the videos).

Twitter Fingers—Governor Greg Abbott’s trigger fingers turned to Twitter fingers on Tuesday morning, when he went after Chris Suprun, a Texas elector who on Monday voted for Ohio Governor John Kasich instead of Abbott’s preferred pick, President-elect Donald Trump, according to the Austin American-Statesman. Abbott tweeted the following at Suprun: “YOU’RE FIRED.” Not very subtle, and, according to Suprun, also not very true. Suprun responded to Abbott’s tweet with a few tweets of his own, saying, “You mean I resigned,” and “PS Does this mean I can release tapes of your staff ignoring threats against Presidential Electors?” Surpun continued to defensively tweet shade in Abbott’s direction throughout the day Tuesday. “Nothing says impotent like being ‘fired’ after casting my ballot,” Suprun wrote in one tweet. “@GregAbbott_TX more interested in political points than policy.” It’s definitely a weird thing for the governor of our state to be throwing digital hands at a lowly elector. One would think Abbott has more important things to do than troll on Twitter.

Cabinet Carousel—Two Texans have already claimed spots in President-elect Donald Trump’s cabinet (Rex Tillerson as Secretary of State and Rick Perry as energy secretary), and it appears a third face from the Lone Star State is now under consideration for a slot in Trump’s closest circle. According to the ABC News, Texas’s former Agriculture Commissioner and Comptroller Susan Combs met with Vice President-elect Mike Pence in Washington, D.C. on Tuesday. Trump’s transition team didn’t say whether Combs is up for any of Trump’s open cabinet posts, but he’s got an opening for an Agriculture Commissioner, so it would seem Combs could possibly be under consideration for that post. According to the Texas Tribune, however, Combs wasn’t exactly a big supporter of Trump during his presidential campaign, instead leading the Texas campaign of Carly Fiorina and, when she dropped out, supporting Marco Rubio. She said in September that she would vote for Trump, but it was a tepid endorsement. “I think Mr. Trump has an unfortunate habit . . . of not being particularly polite in public about women,” she said at the Texas Tribune Festival, “but I’m also focused a lot of time on the economic issues.”

Off The Wagon—University of Texas at Austin football fans had no shortage of reasons to drink last season, and drink they did. According to the Austin American-Statesman, alcohol sales at Royal-Memorial Stadium jumped an astounding 70 percent in 2016 compared to 2015. Texas raked in $3.1 million in revenue this year from beer, wine, and liquor sales—to put it another way, that’s about three-fifths of ex-coach Charlie Strong’s 2016 salary. Texas fans unsurprisingly preferred a cold beer over all else, spending $2.8 million on the frothy beverage. And of those beers, Texas fans prefer the “original light beer,” Miller Lite, over all other suitors, selling more than 98,000 cans. Coors Light came in second (95,096), while the next-most popular beer was Bud Light (34,257). Interestingly, the increase in the crowd’s blood-alcohol levels did not result in an increase in unsavory acts. While the year’s final numbers aren’t yet in, “preliminary results show a reduction in alcohol-related incidents when compared to last season,” UT associate athletic director Rebecca Haden told the Statesman.

Texas has more empty seats on the federal judicial bench than any other state. Houston Chronicle

If you’re walking in Bellmead, be sure to look both ways before you cross the street. Waco Tribune

Some weird stuff is going on over in the Harris County District Attorney’s Office. Houston Press