“I just got stabbed, but don’t worry about it.”

—An unnamed 26-year-old Denton man to 911 dispatchers, according to the Denton Record-Chronicle. The man was low-key stabbed in the abdomen during a disturbance at an apartment complex. He was treated for the injury at a local hospital and declined to press charges. 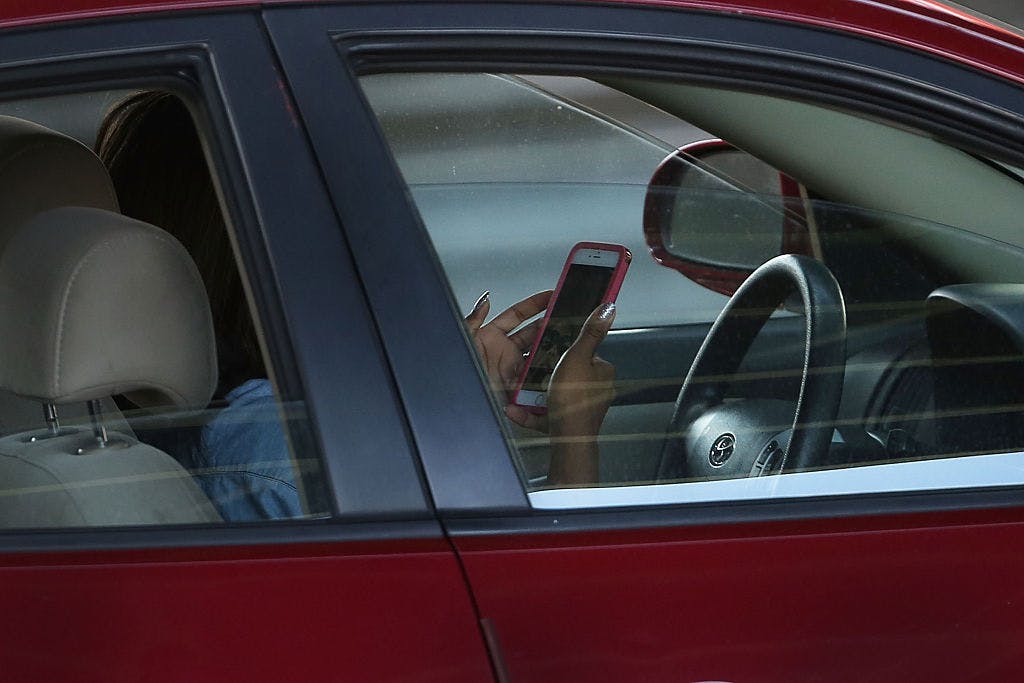 HMU L8ter
Are you reading this while sitting in traffic? Were you about to text someone about that quote of the day? Might want to put that phone down and focus on the road, because pretty soon what you’re doing could be against the law. The Texas House tentatively passed a statewide ban on texting while driving on Wednesday, the latest development in a long battle by some lawmakers to make Texas one of the forty-six other U.S. states with legislation targeting folks who use their phones in the driver’s seat, according to the Texas Tribune. The measure would make it a misdemeanor to message while on the road, with offenders facing up to a $99 fine. Get caught slinging emojis from behind the wheel more than once, and the fine would be upped to between $100 and $200. The House voted 113-32 to send the ban to the Senate, but it may not get much further than that, according to the Austin American-Statesman. Texas Representative Tom Craddick, a Republican from Midland, has tried—and failed—to pass some sort of texting ban since 2009. The bill passed in the House last legislative session but didn’t get through the Senate, and in 2011 it passed both chambers but was vetoed by then-Governor Rick Perry. Apparently some conservatives see the bill as an unnecessary limit on the individual liberties of Texas’s drivers, while other opponents simply don’t know if police would realistically be able to enforce the legislation, since it seems like it’d be pretty hard to spot a texter on the road. “I find it absolutely incredulous, except for Superman, who can tell what you are doing on your phone,” said Representative Harold Dutton Jr., a Houston Democrat, according to the Tribune.

Texas Two-Step
Attorney General Ken Paxton is suing the feds—and ex-Governor Rick Perry—over the storage of nuclear waste. Paxton filed a lawsuit on Tuesday against a bunch of federal agencies, including Perry’s Energy Department, in an attempt to force the federal government’s hand into making some sort of decision on what the country is going to do to store its nuclear waste in the long-term. This is a Texas issue because, for some reason, a lot of the nation’s nuclear waste ends up here, and there’s a dump site in West Texas that’s currently being considered to store some potentially dangerous high-level nuclear waste. For decades, this stuff was expected to go to Yucca Mountain, a single dump site in the Nevada desert. But that plan fell off the tracks a few years ago, and the feds have been unable to find an alternative single suitor since, instead using a system called “consent-based” siting, which allows local municipalities to contract with private companies to store such waste. Paxton’s lawsuit could force the feds to vote, up or down, on the future of the Yucca storage site once and for all.

Leave It To Beaver
Beloved Texas rest stop chain Buc-ee’s may be known for its innocent, smiling beaver mascot (and stellar bathrooms), but don’t be fooled: that beaver will sink its big front teeth right into the jugular of any convenience store imposter that tries to step on its Texas turf. Example A: Buc-ee’s is suing Bucky’s, a Nebraska-based chain that’s targeting the Texas market, according to the Houston Chronicle. The first shots in this war were fired eleven years earlier, when the similarly-named companies filed for trademarks to defend their brands. But they were able to reach a tentative truce because they operated in geographically separate markets. Now, this era of peace in the roadside rest stop world seems to be eroding. Beginning next year, Bucky’s is planning to build at least six stores in Texas, according to the federal lawsuit Buc-ee’s filed on Tuesday. It’s a declaration of war. “We must take action to ensure that our brand integrity remains intact and that our customers’s interaction with Buc-ee’s is what they have come to know and expect,” Beaver Aplin, Buc-ee’s CEO and co-founder, said in a prepared statement, according to the Chronicle.

Will And Beto’s Excellent Adventure
U.S. Representatives Will Hurd and Beto O’Rourke captured the hearts of their Texas constituents this week as they traveled together on a “bipartisan road trip” from San Antonio to Washington D.C., a marathon ride that they live streamed on Facebook. The trip officially came to an end at around five in the afternoon on Wednesday, when O’Rourke (a Democrat) and Hurd (a Republican) reached the steps of the U.S. Capitol together, thirty minutes before votes Wednesday evening in the House of Representatives, according to the Dallas Morning News. The trip brought us so many touching moments, as the pair sang along to various tunes and shared intimate bits of information about themselves (they both like donuts!). By the end, we all realized that it wasn’t about their journey, but rather what we learned about ourselves along the way. Or something. It was bittersweet to see them pull into D.C., and Hurd pulled at our heartstrings by saying he was already feeling “separation anxiety” as the car came to a stop. Us too! But, hey, they’ve got to come back to Texas sometime, right? Maybe there’s a return road trip to be had. One can only hope.