“The overly broad way these ICE raids are being conducted is making our community less safe and causing disproportionate harm by dividing the families of non-serious offenders and others who are of no threat and have been caught merely in the wrong place at the wrong time.”

—Austin Mayor Steve Adler, in an open letter addressing the U.S. Immigration and Customs Enforcement raids last week, according to the Austin American-Statesman. Despite the fifty undocumented people arrested in Austin last week, Adler used this letter to reiterate the city’s position as a “welcoming, inclusive community.” 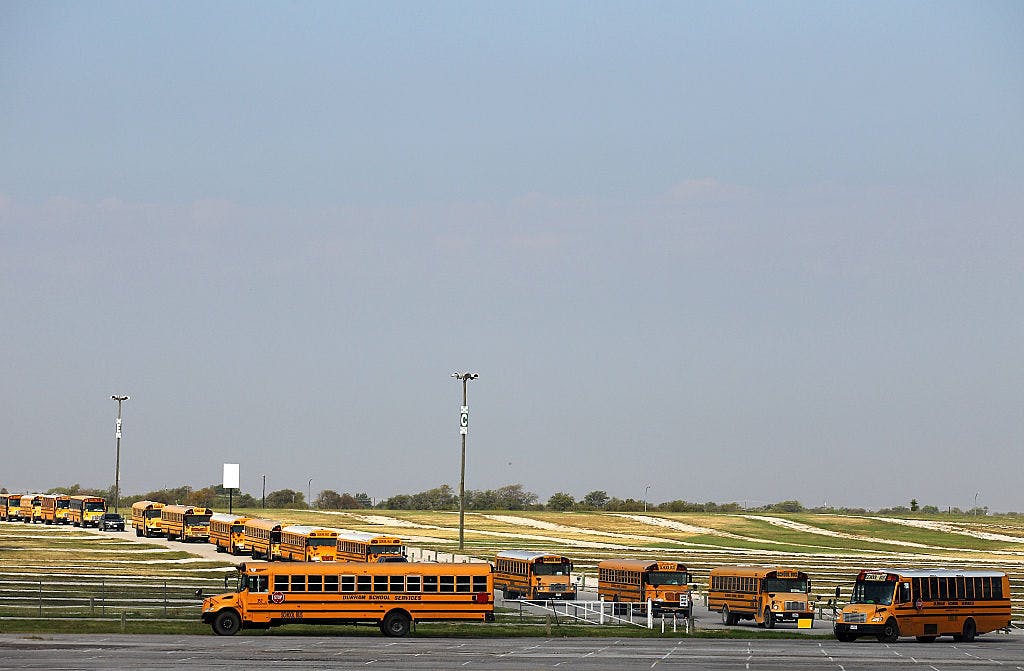 Tex Ed
Everything is bigger in Texas, except for the percentage of school districts with sex education programs. That’s actually extremely small, according to a recently released study by the watchdog group Texas Freedom Network. The report found that 83 percent of Texas school districts either have no sex education programs or only teach abstinence. “Worse yet,” says the report, which you can read in full here, “many districts are using materials plagued with errors and bias, lying to students about the effectiveness of condoms and teaching offensive gender stereotypes.” The state of Texas’ sex ed has improved slightly since the group’s last study in 2009, but the numbers are still low: 58 percent of districts only taught abstinence during the 2015-2016 school year, while 25 percent had no sex ed at all. As the Texas Tribune notes, Texas had the fifth-highest rate of teen pregnancy in the nation in 2015. Meanwhile, the state Lege decided in 2009 to drop health eduction as a requirement for graduation, and now districts that do not offer health classes are more than four times more likely to offer no sex education whatsoever. Nearly a quarter of districts reported using only state-approved health textbooks, which “include virtually no information on condoms [or] contraception,” while some districts push the message that tried-and-true methods of contraception are unsafe. Katy ISD, for example, has a district-wide policy that says sex ed “Shall support sexual abstinence… [as] the only effective way to prevent crisis pregnancies and sexually transmitted diseases” and “Shall present contraception as high-risk behavior.” Some districts also use curriculum that suggests sex is a bad thing—for women. “Being too sexual in the way you dress and act will not accomplish these things [like dating and marriage],” says a slideshow Brownwood ISD uses in a presentation given to girls. “So really girls… do you want to be the would he would rather Marry or the 5 minute thrill?” State Representative Mary González, a Democrat from Clint, filed a bill proposing requiring sex ed classes to include accurate info on birth control as well as abstinence.

Red Faced
There has been no shortage of news coming from the White House this week, particularly surrounding several investigations by federal intelligence agencies into apparent connections between Russia and associates of President Donald Trump. National security adviser Michael Flynn resigned on Monday after the Washington Post reported that U.S. intelligence officials said he lied about the nature of his communications with the Russian ambassador to the U.S, and had concerns that he may be vulnerable to Russian blackmail. On Tuesday, Texas Senator John Cornyn joined a few other top GOP lawmakers in calling for a Senate investigation into the Flynn situation, but he didn’t go so far as to say Flynn should be brought before Congress to testify. “I think it’s symbolic of somebody with a distinguished military career making a bad mistake,” Cornyn, a member of the U.S. Senate Select Committee on Intelligence, told CNN. U.S. Representative Bill Flores, a Republican from Bryan, also spoke out, writing on Twitter that he is “Glad Michael Flynn is gone from White House,” adding, “We need more sanctions on Russia, not fewer!” Other than those two, Texas Republicans have been silent on the issue, according to the Texas Tribune.

Defensive End
The National Football League issued a warning to Texas late last week, when a spokesman wrote to the Houston Chronicle in an email that any laws the state passes that are “discriminatory or inconsistent with our values” would jeopardize potential opportunities for Texas cities to host the Super Bowl—a clear shot fired at the state’s pending bathroom bill. Governor Greg Abbott is not happy about the NFL’s threat, according to the Texas Tribune. On Tuesday, Abbott told radio host Glenn Beck that “the NFL is walking on thin ice,” adding that “the NFL needs to concentrate on playing football and get the heck out of politics.” The governor of Texas, perhaps the most football-crazed state in the union, said that he “cannot name or even count the number of Texans who told me that they were not watching the NFL.” Apparently, many of Abbott’s constituents are still angry at San Francisco 49ers quarterback Colin Kaepernick, who protested police brutality and racial injustice this past season by kneeling during the pre-game national anthem. “They were protesting the NFL this year because of the gross political statement allowed to be made by the NFL by allowing these players, who are not oppressed, who are now almost like snowflake little politicians themselves unable to take the United States National Anthem being played,” Abbott said. Someone sounds upset.

Suspended From School
University of Texas at San Antonio President Ricardo Romo has been put on leave because of an active investigation into “allegations related to his conduct,” according to the San Antonio Express-News. The school is being extremely tight-lipped about the whole thing, and no details have come to light yet regarding the details of the alleged conduct issues. Sources told the Express-News that Romo’s chief of staff, Sonia Martinez, may have been involved somehow, and while emails to Martinez bounced back, the university wouldn’t confirm whether she, too, was put on leave. Romo, 73, announced in September that he’d be retiring in August, ending an 18-year run at the helm of UTSA that has been—on the surface, at least—pretty good. As the Express-News notes, Romo helped transform the university “from a rural, commuter school of about 18,000 into an emerging Tier One institution with an enrollment nearing 30,000.” It remains to be seen what impact, if any, this conduct review will have on his legacy.

ICE raids, sanctuary city wars, and the fate of Texas’s immigrants in the age of Donald Trump San Antonio Current