—Former Arizona Congresswoman Gabrielle Giffords, in a statement, according to the Tyler Morning Telegraph. Giffords called out Texas Republican Louie Gohmert, who had issued a statement earlier this week claiming he wouldn’t meet face-to-face with his constituents who were requesting a town hall meeting because it would be too dangerous. Gohmert cited the Giffords, who was shot at a town hall-style meeting in 2011, as a reason why he wouldn’t hold a town hall. Giffords was among 18 people shot when a gunman opened fire outside of a supermarket near Tucson. 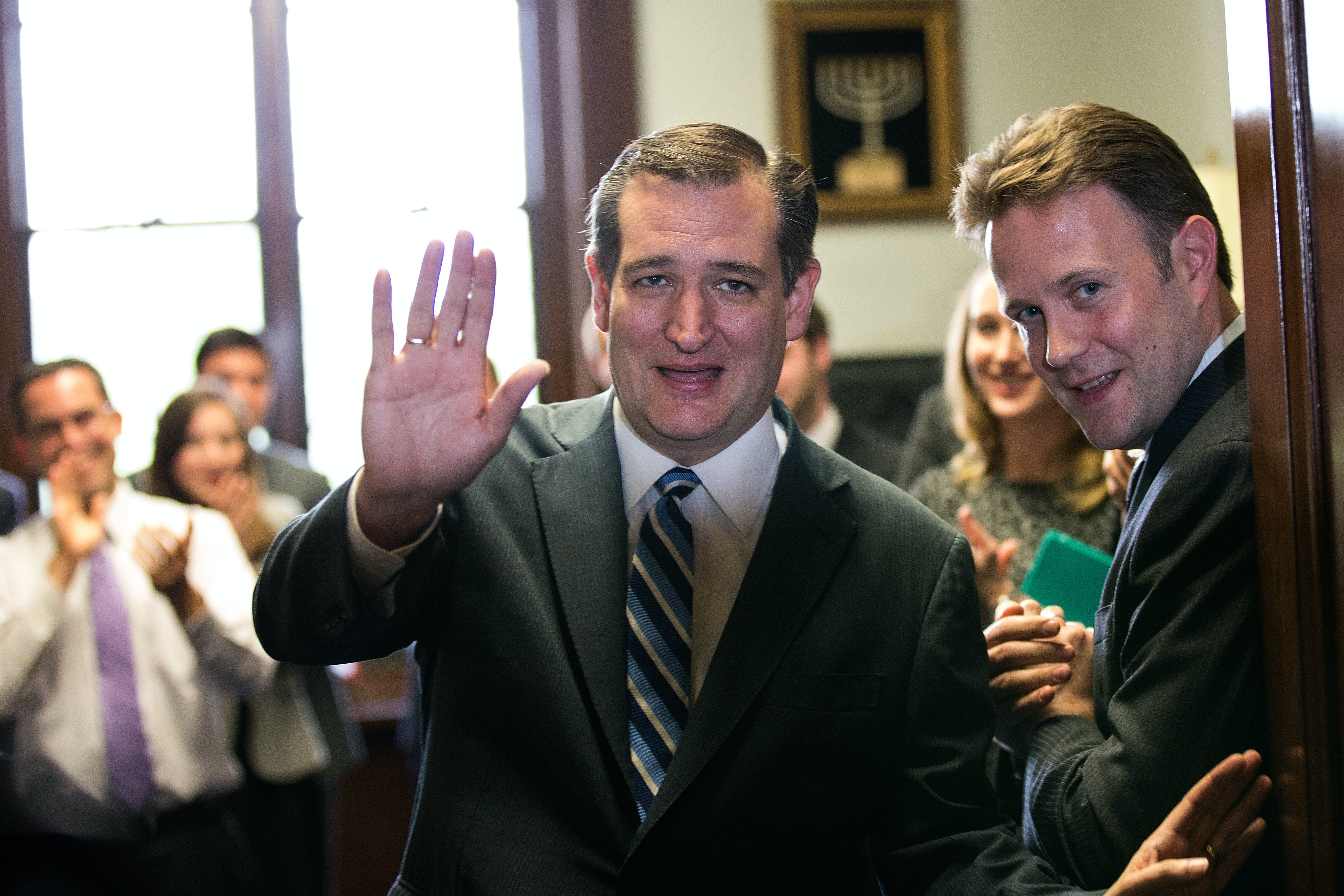 The Ted Tolls For Thee
Senator Ted Cruz can now tell the future. Or, at least, he seem to think that he can. Cruz offered a strange and dark prediction for this summer while at the annual Conservative Political Action Conference in Maryland. “I think we’ll have another Supreme Court vacancy this summer,” Cruz said at the conference, according to Politico. “If that happens, as much as the left is crazy now, they will go full Armageddon meltdown.” It’s unclear if the senator was suggesting that a SCOTUS justice will be visited by someone wearing a very different kind of black robe: the Grim Reaper. It’s entirely possible Cruz could have simply meant that he believes one of the justices may just retire this year, but as far as we know, none of the current justices have indicated that retirement is on the horizon. So, we have some questions. What does Ted Cruz know that we don’t? Is our junior statesman a Lone Star soothsayer? If Ted Cruz can look into the seeds of time, can he say which of our state’s pro-sports teams will win a championship? Cruz said some other things at the conservative fête that made the crowd go wild. According to the Texas Tribune, Cruz received a warm reception when he walked onto the stage to the tune of Justin Timberlake’s “Can’t Stop the Feeling.” He went on to call the Democratic base “bat-crap crazy,” which the crowd liked very much. It was a good day for Cruz. Meanwhile, he still hasn’t explained or expanded upon his comments about the impending departure of an unnamed SCOTUS justice. Looks like we’ll just have to wait and see if his prediction holds true.

Kicked Out
A Salvadorian immigrant who may have a brain tumor was removed from a Fort Worth hospital by U.S. Immigration and Customs agents and taken back to an immigrant detention center near Dallas on Wednesday, according to the Dallas Morning News. Family and attorneys for Sara Beltran-Hernandez, 26, said the woman had been told by doctors that she’d likely need brain surgery, but she was removed from the hospital before that could happen. “We have fear of losing her,” one of her sisters said at a press conference outside the Prairieland Detention Center in Alvarado on Thursday. ICE said the woman was stable enough to be removed from the hospital, and claimed she has access to medical care at the privately-run detention center, adding that she’d be taken to an outside facility if necessary. This is just the latest questionable ICE incident in Texas since late January, when President Donald Trump signed an executive order enabling the agency to crack down on undocumented immigrants. For example, earlier this month in El Paso, ICE agents arrested a woman after she went to court seeking protection from her alleged abuser.

Pinned Down
This weekend’s high school state wrestling championship is shrouded in controversy before the athletes even take the mat, as a transgender champ competing in the girls’ division will face opponents who may choose to forfeit rather than compete, according to the Dallas Morning News. Seventeen-year-old Mack Beggs, a transgender wrestler at Euless Trinity who identifies as a male, won the girls Class 6A Region II wrestling championship last weekend after some of his opponents forfeited. Beggs is the subject of a lawsuit filed by the parent of another wrestler, alleging the UIL is endangering kids by allowing Beggs to compete while he takes testosterone to complete his transition. Beggs has said he’d rather compete in the boys’ division, but the UIL requires athletes to compete as the gender listed on their birth certificate. The story has gained national attention, once again putting the spotlight on Texas’s LGBT policies. LGBT advocates hope Beggs’s story will change things. “Mack is challenging what people thought was a good policy,” Chad Mosier, founder of TransAthlete.com, told the Morning News. “This very well may spark change from people just by seeing how the policy was not well thought out and this is the outcome of following the rules exactly as they are.”

Don’t Call It A Comeback
Remember Vince Young? Of course you do. The former Texas Longhorn is a college football legend. Fourth and five! But the quarterback’s game never translated to the professional level, and his middling NFL career left many wondering what might have been. Young last played an NFL down in 2011, and retired in 2014. Now, at the ripe age of 33, Young is apparently trying to make another go of it. He recently hired well-known sports agent Leigh Steinberg to help him engineer a return to the gridiron, and on Thursday the Austin American-Statesman reported that Young is attempting to trademark a catchphrase for his comeback campaign: Make Vince Great Again. Young, who filed for bankruptcy in 2014, may be feeling some economic anxiety, but he has a long way to go before he wins the vote of NFL coaches. According to the Statesman, Young and Steinberg have been discussing possibilities with the Saskatchewan Roughriders of the Canadian Football League. Not quite the Cowboys, but it’s a start.

This Texas sheriff is headed to Hollywood for the Oscars KWTX