—An electronic road sign at Fair Park according to the Dallas Morning News. Texas’s very active road sign hackers have struck again—the sign was originally supposed to direct drivers where to park to attend “Michelangelo’s Sistine Chapel: The Exhibition” at a nearby museum. The hackers, however, chose a far less holy message. 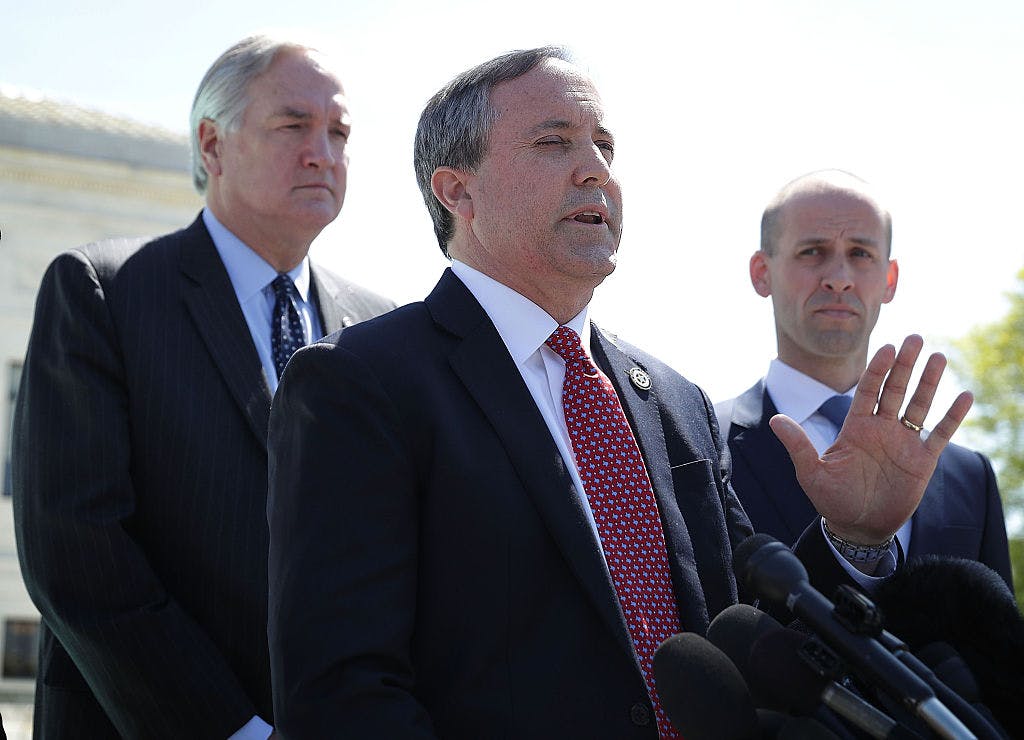 Overtime Loss
A federal judge in the North Texas town of Sherman granted an injunction on Tuesday against a new U.S. Department of Labor rule that would have extended overtime pay eligibility to an estimated 4.2 million workers nationwide, according to the Texas Tribune. U.S. District Judge Amos Mazzant’s decision to block the federal overtime rule was made pretty much at the eleventh hour, as the rule was set to go into effect on December 1. Attorney General Ken Paxton and the state of Texas led twenty-one states in a lawsuit challenging the feds on the rule in September, arguing the usual federal overreach. Apparently, Judge Mazzant—who was appointed to the Eastern District of Texas by President Barack Obama—agreed, writing that the plaintiffs “have shown a likelihood of success on the merits because the Final Rule exceeds the Department’s authority.” The injunction is just a temporary blockage, but it seems Mazzant will eventually rule in favor of Paxton and the state. Paxton was understandably pretty happy about the injunction, saying in a statement that the overtime rule “limits workplace flexibility without a corresponding increase in pay and forces employers to cut their workers’s hours,” adding, “All in all, it exchanges the advantages of negotiated benefits, personal to each worker, with a one-size-fits-all standard that only looks good in press statements. Not on my watch.” As Politico notes, it’s also a big blow to Obama’s economic legacy, which probably isn’t causing Paxton to lose any sleep.

Governor Goose Egg
Governor Greg Abbott released his most recent tax returns on Tuesday, which revealed that he didn’t actually pay any federal income tax for 2015, according to the San Antonio Express-News. Abbott’s clean sheet is the result of some pretty hefty deductions for property taxes and mortgage interest, per the Austin American-Statesman. Abbott only owed $104 the previous year for basically the same reasons. Abbott’s salary is around $150,000 per year, and he earned $119,819 in total income from his governor’s salary in 2015. He and his wife Celia claimed about $101,000 in deductions, $12,000 in exemptions, and are also set to get a refund of about $27,000. As the Express-News notes, Abbott also gets more than $170,000 each year and a big lump sum every three years from a settlement after the accident that left him paralyzed in 1984, and that income isn’t taxable, nor is it reported on Abbott’s tax forms.

Bears And Big Bend
Black bears are back in Big Bend National Park after being hunted basically out of existence in the first chunk of the twentieth century. That’s great news for black bears in general, but it’s apparently not so great for Big Bend. According to the Austin American-Statesman, park rangers are worried that the black bear resurgence could lead to problems with the park’s similarly surging human visitor population. There haven’t been any attacks, but park rangers definitely aren’t messing around. Writes the Statesman: “They convene weekly formal meetings to share bear reconnaissance; they mount motion-detection cameras to capture their comings and goings; they dispatch patrols to track their presence; they even scrutinize scat along trails to see how fresh it might be.” The rangers say they’ve “bear-proofed” Big Bend by replacing regular trash bins with less bear-friendly receptacles and fencing off the park’s landfill and screened-in lodgings.

Out-lawfully Wedded
After allegedly fatally shooting a San Antonio police detective on Sunday morning, Otis Tyrone McKane was probably the most wanted man in the state. But instead of fleeing and hiding, he took a strange detour to the altar. According to the San Antonio Express-News, McKane and his partner stopped by the Bexar County Courthouse on Monday morning to get hitched. Later that day, McKane was arrested and charged with capital murder in the shooting of detective Benjamin Marconi, who was ambushed during a traffic stop outside the department’s downtown headquarters. The judge who presided over the marriage ceremony declined to comment about the wedding to the Express-News. In other news, President-elect Donald Trump apparently called the detective’s son to offer his condolences on Monday, the family said in a statement posted on Facebook (according to the Express-News, Trump’s camp hasn’t confirmed that phone call happened, and Marconi’s son didn’t respond to the paper’s request for comment).

Self-induced abortions appear to be on the rise in the U.S., especially in Texas The Guardian