—Sabrina Pyle, owner of Azle Café in Tarrant County, to WFAA. Pyle advertised a Martin Luther King Jr. Day special for her café on Facebook: a lunch plate of chicken and waffles with a side of watermelon. Pyle said she thought it was an “incredible, ingenious idea,” then quickly realized it wasn’t. She was skewered on social media for what she now admits was a “distasteful” menu item. 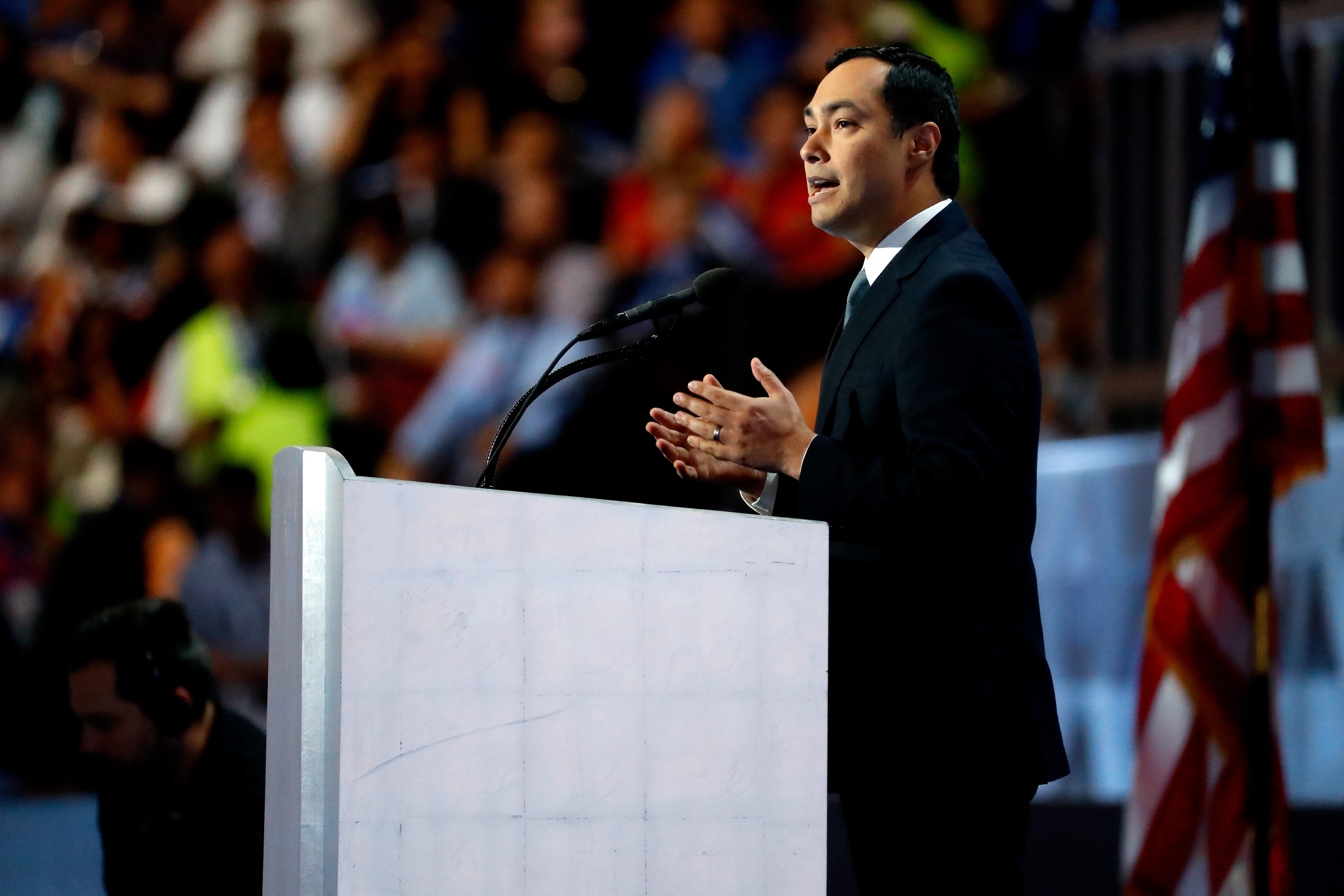 Boycott Blues
When President-elect Donald Trump is sworn into office this Friday, the crowd in Washington, D.C. will be short at least three Texans. On Tuesday, a trio of Texas Democrats—U.S. Representatives Joaquin Castro of San Antonio, Lloyd Doggett of Austin, and Al Green of Houston—announced that they plan to boycott the inauguration, according to the Texas Tribune. These guys certainly aren’t alone in boycotting the Donald’s big day—about 60 Democratic lawmakers have said they’ll skip the inauguration in protest, according to the Washington Post—but they are, so far, the only Texans in Congress to come out and commit to being elsewhere when Trump takes the oath of office. The Texans have made their reasons for skipping the inauguration clear. “I come from a family and a place, Texas, where respect is a fundamental value—respect for people regardless of what they look like, where they were born, or whether they share your view of the world,” Castro wrote in a statement, according to the San Antonio Current. “Donald Trump has shown an utter lack of respect for so many Americans.” Green quoted Martin Luther King Jr. in his statement explaining his decision, saying, “there comes a time when we must take a position that is neither safe, nor politic, nor popular, but one must take it because it is right.” Green also added that he won’t be at the inauguration “because conscience says it is the right thing to do.” Doggett said in a statement that the boycotters are “sending a message to Mr. Trump. Respect, like Pennsylvania Avenue, is a two-way street. Instead of uniting our country, his continued, unprecedented, unpresidential actions are further dividing it.” Joaquin’s twin brother, outgoing U.S. Housing and Urban Development Secretary Julián Castro, also won’t be there for the inauguration, as Politico reported last week. And, according to the Houston Chronicle, Houston Representative Sheila Jackson Lee is mulling a potential boycott as well.

No Refuge
Immigration advocates and attorneys say migrants seeking asylum in the U.S. are illegally being turned away by U.S. border patrol, according to the Washington Post. Apparently asylum seekers from Central America and Mexico are being told by border officials that they have to go back to Mexico to make an appointment with U.S. officials, while in other cases, border agents are telling asylum seekers that a “daily quota” for asylum cases has already been reached or that they need a visa, which goes against immigration laws. The problem was first reported by the San Antonio Express-News in late December, and it has apparently not improved. One immigration advocate told the Post that this is happening on a “daily basis,” and has testimony from dozens of immigrants who were seeking asylum but were turned away at different points along the border, including at Laredo, El Paso, and McAllen. On Friday, six immigrant advocacy groups filed a complaint with the Department of Homeland Security’s Office for Civil Rights and Civil Liberties protesting the “systemic denial of entry to asylum seekers.” A U.S. Customs and Border Protection spokesman told the Post there hasn’t been any “policy change” regarding asylum procedures, which follow international law meant to provide safe harbor for immigrants fleeing persecution and life-threatening dangers in their home countries.

In Or Out
Texas Planned Parenthood leaders made their case in federal court on Tuesday to stay in the state’s Medicaid program, asking Judge Sam Sparks to issue an injunction that would block the state of Texas’s plan—which goes into effect Saturday—to kick the women’s health services provider out of Medicaid, according to Reuters. Lawyers for Planned Parenthood argued that the Medicaid ouster could have a “devastating” effect on low-income women in South Texas, who rely on the organization for a variety of services, including cancer screenings and family planning, according to the Houston Chronicle. The state, meanwhile, argued that Planned Parenthood would still be able to function without the $4 million it receives annually from the state through Medicaid. During the hearing, state attorneys also showed clips from videos clandestinely shot by an anti-abortion group in 2015, purportedly showing Planned Parenthood officials discussing the sale of fetal parts. According to the Texas Tribune, state attorneys used that footage as their main argument for why Planned Parenthood should be kicked out of Medicaid, even though a Harris County grand jury investigated the videos and declined to pursue charges against Planned Parenthood last year, indicting the video makers instead.

Short Stay
President George H.W. Bush has been in Houston Methodist Hospital since Saturday, according to the Houston Chronicle. Bush’s chief of staff, Jean Becker, told the Chronicle that the 92-year-old is “fine and he’s doing really well,” and he’s expected to be released sometime in the next few days. Family spokesman Jim McGrath told KHOU that Bush was admitted to Houston Methodist on Saturday after experiencing shortness of breath, and that doctors said he responded well to antibiotics. Barbara Bush and their son, Neil, have both visited Bush during his stay in the hospital. As the Chronicle notes, Bush’s health hasn’t been the greatest lately (which is expected because, again, the man is 92). Bush was hospitalized in 2015 after fracturing a bone in his neck during a fall at the family’s summer home in Kennebunkport, Maine, and about six months before that he ended up in Houston Methodist due to shortness of breath.

If you can afford to buy a $385,000 Ferrari, then you can hopefully also afford to crash it in a 40-foot ravine KXAN