“He was parked in the lot right next to City Hall so he made it easy for us.”

—Lieutenant Mike Fowler, spokesman for the Daytona Beach Shores Department of Public Safety, according to the Daytona Beach News-Journal. On Thursday, police in Daytona Beach arrested Joe Earl Smith, a wanted man who had allegedly shot and killed his uncle in Marion County, Texas before heading out of town. Smith’s family told police he was apparently in town “for the races” (Daytona is home to a famous NASCAR race track, the Daytona International Speedway). 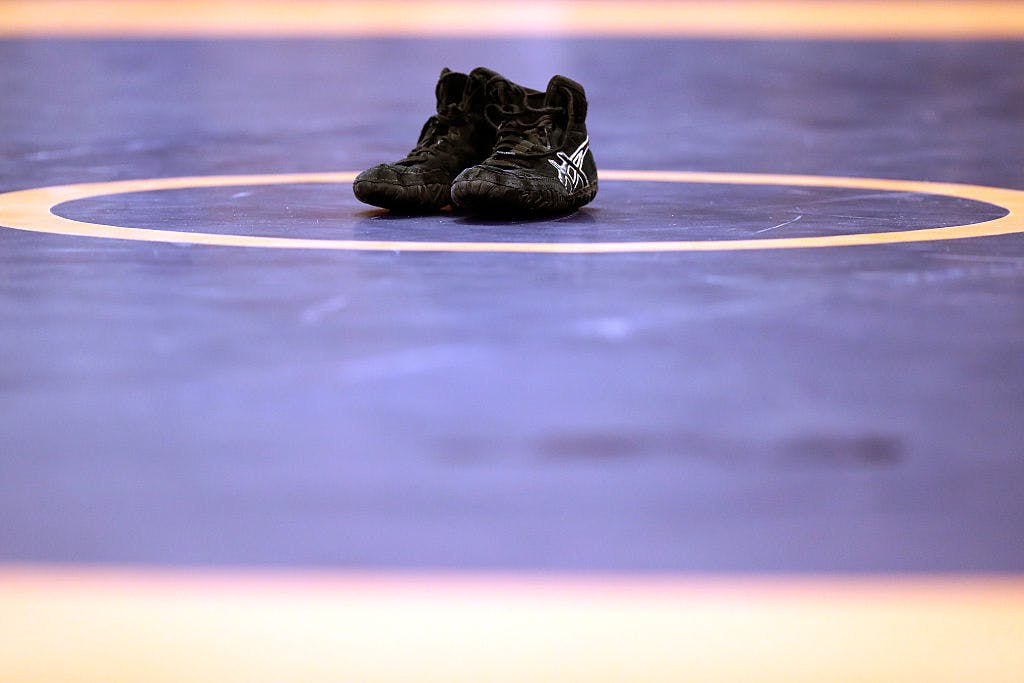 The Champ
Mack Beggs, a wrestler for Euless Trinity High School, made national headlines all last week as the center of a controversy involving LGBT rights, a lawsuit against the University Interscholastic League, and a rash of opponents who chose to forfeit rather than compete. Despite all that, he won the Class 6A 110-pound girls state title on Saturday, according to the Dallas Morning News. Beggs is a 17-year-old transgender boy. He’s said he’d rather compete in the boys division, but UIL rules require athletes to compete as the gender listed on their birth certificate. He’s been taking testosterone while completing his transition, and the parent of an opponent filed a lawsuit a few weeks ago against the UIL, claiming the high school sports governing body is endangering kids by allowing Beggs to compete with an unfair advantage. A handful of opponents forfeited during Beggs’s 57-0 championship season. When he finally claimed the state title on Saturday, Beggs was met by a mixture of cheers and boos, according to the Associated Press. But Beggs didn’t let the haters get him down. He joined the other title winners in a synchronized “dab” on the medal stand (as any 17-year-old would), and, flanked by his teammates, Beggs spoke to the media for the first time since the controversy began. “I wouldn’t be here today if it weren’t for my teammates,” Beggs said in a prepared statement after the medal ceremony, according to the Morning News. “That’s honestly what the spotlight should’ve been on, my teammates. The hard work that I put in the practice room with them beside me, we trained hard every single day. Every single day. That’s what the spotlight should’ve been on.”

Rest In Paxton
Beloved actor and Fort Worth native Bill Paxton passed away on Saturday after experiencing complications during surgery. He was 61. During his career, Paxton became a familiar face on the big screen, landing memorable roles in movies like Apollo 13, Titanic, Twister, The Terminator, Aliens, and Edge of Tomorrow, and starring in HBO’s television series Big Love. One film critic wrote that Paxton was the “only actor to have been killed by a Terminator, a Predator, and a Xenomorph.” While Paxton left Texas at 18 to pursue acting, he remained a Texan through-and-through. “He loved being from here,” writes Dallas Morning News columnist Robert Wilonsky in a nice tribute to Paxton. “Carried it with him like luggage he could never check.” According to the Fort Worth Star-Telegram, Paxton once said he was a blood relative of Sam Houston, and he was in the crowd to see John F. Kennedy speak in Fort Worth on November 22, 1963 the morning before he was assassinated in Dallas. His death spurred an outpouring of remembrances from celebrities including Tom Hanks, Helen Hunt and Arnold Schwarzenegger—even rapper Juicy J fondly remembered Paxton as a “cool guy.”

Another Rally
Thousands of folks gathered at the steps of the Texas Capitol on Saturday afternoon to protest President Donald Trump’s refugee ban and proposed border wall, according to the Texas Tribune. The rally drew Texas Democrat big wigs like U.S. Representative Joaquin Castro and fellow congressman Beto O’Rourke, who both spoke at the rally, which was organized by immigrant and Muslim rights groups. Both Castro and O’Rourke are reportedly eyeing a possible run at Senator Ted Cruz’s seat in 2018, and both gave speeches before the crowd, according to the Austin American-Statesman. Castro assured the protesters that their voices were being heard in Washington, D.C, and O’Rourke led folks in a call and response, first in Spanish and then in English, asking them whether they preferred walls or bridges, hate or love, fear or peace.

Wrongfully Detained
In the weeks since President Donald Trump’s executive orders enabling federal immigration enforcement agencies to detain, deport, and deny entrance to more immigrants and folks from foreign countries, Texas (as well as the rest of the country) has experienced a number of snafus. Among the most high-profile Texas incidents have been a transgender immigrant who was detained outside of an El Paso courthouse just after receiving a protective order in a domestic violence case, and a 19-year-old DACA recipient who was temporarily detained in San Antonio. Now Texas’s enforcement of Trump’s immigration policies has another black eye, as a famous historian was wrongfully detained in Houston’s Bush Intercontinental Airport while entering the country from Paris on Friday, according to the Bryan-College Station Eagle. Henry Rousso, an Egyptian-born French citizen, was on his way to speak at Texas A&M when he was detained by customs and held for more than ten hours, before immigration law experts from Texas A&M were able to secure his release. The incident made national headlines. In an account Rousso wrote (in French) for the Huffington Post, he said officials explained to him that he was mistakenly detained due to “inexperienced” agents. Ruosso is nationally renowned for his study of the Vichy government in Southern France, which infamously collaborated with the Nazi occupation in rounding up and deporting Jews during the Holocaust.