“I’m going to love people in retirement. That’s the potion that’s gonna heal us in this country.”

—Dallas police chief David Brown during his retirement celebration Thursday night, according to the Dallas Morning News. Sounds like a solid plan. 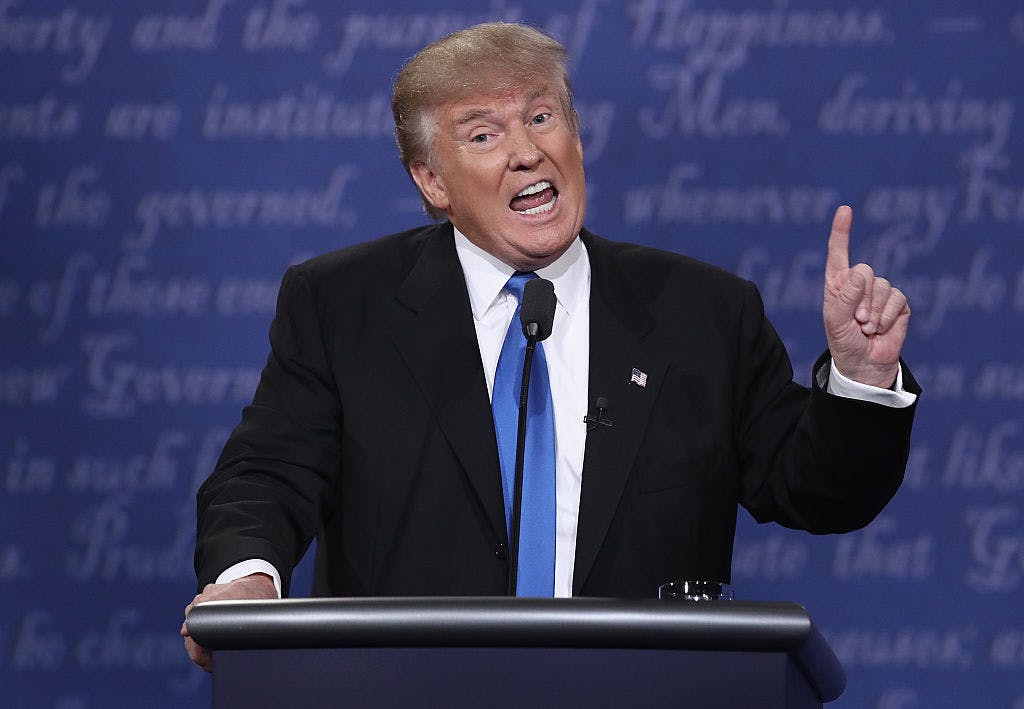 Flipping Out
Republican presidential candidate Donald Trump keyed into the “vote-flipping” allegations throughout Texas, claiming that he’s been getting calls from people who are saying their ballots switched from selecting Trump to Democratic candidate Hillary Clinton. On Thursday, Trump tweeted: “A lot of call-ins about vote flipping at the voting booths in Texas. People are not happy. BIG lines. What is going on?” Well, to tell you the truth, nothing is going on at all. Elections officials throughout Texas—particularly in North Texas, where the viral craze seems to have originated—have adamantly denied that any such “vote-flipping” occurred, or at least said that if it did happen, it was entirely due to the voter’s human error. Shannon Lackey, the elections administrator in Randall County, told CNN that there is no vote-flipping. “Absolutely not … It is not happening in any way, shape or form,” Lackey said. “I stand one hundred percent behind what I do. I stand behind my machines, my staff.” Judge Nancy Tanner of nearby Potter County said in a statement that “there is nothing wrong with any of the machines we use for voting. They do not flip your vote. They do not flip parties. Humans do that.” And Frank Phillips, elections administrator in Tarrant County, told the Fort Worth Star-Telegram that his office’s investigators looked into the few vote-flipping complaints and found that they actually happened because the voter didn’t follow directions, and that the machines were working just fine. As CNN notes, this is hardly out of the ordinary for Trump, who has erroneously claimed that the election is “rigged” as his poll numbers continue to trend downward. Meanwhile, more legitimate election concerns have arisen in the state. Some poll workers in Texas are reportedly inaccurately telling voters that they need photo ID, and the Justice Department is dispatching six teams of observers to watch polling places in Harris County after receiving reports of voter intimidation and inaccessibility to mobility-impaired voters, according to the Houston Chronicle.

Abuse at the Ranch
A former member of the U.S. women’s gymnastics team is suing USA Gymnastics, claiming a longtime team doctor sexually assaulted her and that coaches Bela and Martha Karolyi knowingly allowed the abuse to continue while also engaging in abusive behavior of their own toward athletes, according to ESPN. This isn’t the first time Dr. Larry Nassar has faced such allegations, but this is the first time the legendary Karolyi coaches have been accused in a lawsuit. Although the lawsuit was filed in California, the abuse allegedly happened at the famous Karolyi Ranch training facility in Huntsville. The lawsuit claims Nasser abused the female gymnast (who is unnamed in the legal filings) during medical exams, and that the Karolyis “turned a blind-eye” and “instituted a regime of intimidation and fear at the ranch for the minor children under their custody.” According to the lawsuit, the Karolyis would hit and scratch gymnasts until they bled, deprive them of food and water, and tell them that they were fat and make them strip so their physiques could be evaluated by their teammates. In a statement to ESPN, USA Gymnastics denied the allegations.

Uninsured State
A recently released report by the Georgetown University Center for Children and Families shows that Texas accounts for an astounding 20 percent of the nation’s uninsured children, with a staggering 682,000 kids without health insurance coverage in 2015. But, as the Texas Tribune notes, Texas is improving a bit. There were 888,000 uninsured children in the state in 2013, and the rate of uninsured kids has dropped from 16.6 percent in 2009 to 9.5 percent in 2015, though that’s still double the 4.8 percent national average. The only state with a higher rate of uninsured children in 2015 than Texas was Alaska. According to the Georgetown Center’s executive director, the blame falls on Texas’s shoulders. “I think it speaks to this ongoing resistance and reluctance to embrace the coverage agenda,” Joan Alker told the Tribune. “We know that just because we’re talking about kids doesn’t mean that all states will do the right thing.”

Selfie Struggle
A Texas A&M student was arrested Wednesday night and charged with driving while intoxicated after she allegedly crashed into a parked Bryan police car. Sure, the nearly empty bottle of wine police found in the twenty-year-old’s car may have been more than enough to have caused the crash on its own, but according to the San Antonio Express-News, police suspect the driver may have been preoccupied with something else too: taking a nude Snapchat selfie to send to her boyfriend. According to the affidavit, the woman had an unclasped bra and was attempting to put her shirt on when the police officer approached her car. When the officer inquired about the woman’s state of undress, she responded that she was “taking a Snapchat photo to send to her boyfriend while she was at the red light,” according to the affidavit. It’s unclear if the selfie was a success, but if it wasn’t, she might just have to settle for a mugshot instead (fully clothed, obviously).

And this dude was arrested for wearing Trump garb into a New Braunfels polling place. San Antonio Express-News

There’s a controversy in Amarillo over the proposed renaming of a street in honor of MLK. Amarillo Globe-News

And there’s a trademark dispute over a Waco mural. Waco Tribune

Fore! At a golf center in Longview, you can take swings at targets adorned with the faces of Trump and Clinton. KYTX