—Ag Commissioner Sid Miller to BBC Radio. That’s pretty heavy stuff to mull over while hanging out with your grandkids, but it isn’t an entirely surprising statement from Miller, who once posted a Facebook meme advocating for dropping a nuclear bomb on “the Muslim world.” 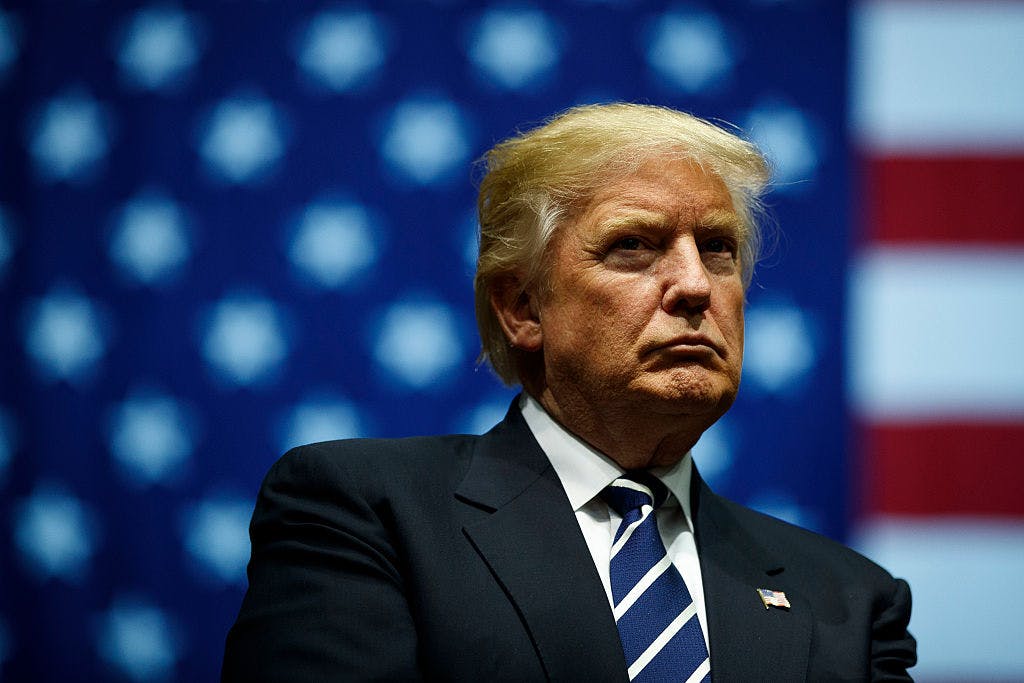 Border War
Thursday was another headline-making day for the Donald Trump administration, with big implications for Texans. Trump signed an executive order to build his wall on the border with Mexico earlier this week, a move that proved to be pretty unpopular with our southern neighbors. Early on Thursday, Mexican President Enrique Peña Nieto canceled a trip to Washington, D.C., according to the Washington Post. Trump took to Twitter to announce the meeting was canceled, adding that he was “working on a tax reform bill that will reduce our trade deficits, increase American exports, and will generate revenue from Mexico that will pay for the wall if we decide to go that route.” Trump’s press secretary Sean Spicer then announced in a quick press conference on Air Force One that Trump was interested in a proposed plan to impose a massive twenty percent tax on all imports from Mexico as a way to fund the wall. Here’s what Spicer said to CNN: “When you look at the plan that’s taking shape now using comprehensive tax reform as a means to tax imports from countries that we have a trade deficit from, like Mexico, we have a new tax… at twenty percent, of imports… by doing it that way we can do $10 billion a year and easily pay for the wall, just through that mechanism alone, uh, if you think about what a border tax in imports from countries like Mexico that we have a huge trade deficit does, that’s really gonna provide the funding. But the other net positive that you have to realize is that through the wall, not only do we secure our border, but we’re gonna save additional money that we would’ve had to spend on tracking down, uh, illegal immigrants and on immigration, so it’s actually a huge win for the American taxpayer, uh, and for American security when you look at, uh, the kind of plan that’s coming to fruition right now.” Sure sounds like a twenty percent import tax is the plan, right? Well, apparently not. The apparent proposal immediately drew criticism, and two hours later, Spicer held another “hastily arranged” meeting with reporters, according to the New York Times, where he walked back his earlier comments and clarified that the twenty percent tax was just one of “a hundred other things” the administration could do to make Mexico pay for a wall.

Targeting Muslims
A small group of Texas lawmakers attended a “Homeland Security Forum” at the Capitol on Thursday, focusing on a perceived security threat that event organizers and attendees claimed comes from the Muslim faith, according to the Austin American-Statesman. The meeting was organized by State Reprsentative Kyle Biedermann, and it drew sharp criticism from the Muslim faith leaders in Texas. “We feel betrayed and singled out and absolutely discriminated against—that’s not what we expect from our elected officials,” Imam Yasir Fazaga of the Islamic Center of Brushy Creek said on Thursday at a counter-meeting held by a group of interfaith leaders at the Capitol, according to the Texas Tribune. Meanwhile, Bidermann’s forum quickly turned hectic, according to the Statesman. Reporters tried to ask Biedermann questions after the forum, but were repeatedly interrupted by the event’s speakers. When one reporter asked Biedermann if he was going to hold forums focusing on radical Christianity or Judaism, Biedermann snubbed him while others in the crowd chimed in instead. Former state Representative Molly White offered her own two cents on the reporter’s question: “How you dare you say that, you low-life son of a bitch!”

Charges Dropped
The charges filed against a Fort Worth mother and her daughter who were both victims of a controversial arrest last month were dropped on Thursday, according to the Fort Worth Star-Telegram. Jacqueline Craig and her nineteen-year-old daughter were arrested in December after calling the police following an incident in which a white neighbor allegedly choked Craig’s seven-year-old son because he littered. Officer William Martin was caught on video telling Craig, “Why don’t you teach your son not to litter?” Things escalated from there, resulting in Martin throwing Craig and her daughter to the ground and arresting them. Martin has been accused of using excessive force and received a ten-day suspension (he has since returned to work). Itamar Vardi, the neighbor Craig had originally called the police over, was charged on Thursday. He’s facing assault by contact, which is a Class C misdemeanor.

Double Decker
What if we told you that a Texas police officer was fired once for a poop-related incident, and then was fired again for another poop-related incident? Well, it happened. It really, truly happened. According to the San Antonio Express-News, Matthew Luckhurst, who was fired in October after he infamously served a poop sandwich to a homeless man last summer, was served with a second indefinite suspension in November after allegedly pulling yet another tasteless poop prank (he has appealed both suspensions). Newly released records reveal Luckhurst and another officer, Steve Albart, dropped successive deuces without flushing in the women’s bathroom at the San Antonio Police Department’s Bike Patrol Office in June. “Officer Luckhurst and the other officer also obtained a brown substance with the consistency of tapioca and spread it on the toilet seat, giving the appearance that there was fecal matter on the seat,” according to the police report. Thanks, officers, now we’ll never be able to eat tapioca again. Luckhurst was caught after bragging about the prank to his fellow officers. Why did they do it? Apparently, it was in response to a female officer’s request that the bathroom be kept clean.