“Better to get your news directly from the president. In fact, it might be the only way to get the unvarnished truth.”

—U.S. Representative Lamar Smith, of Texas, in a speech on the floor Tuesday night, according to the Washington Post. Smith, who represents Texas’s twenty-first district, implored people to seek news from a man leading an administration that promotes “alternative facts” rather than turning to the media. 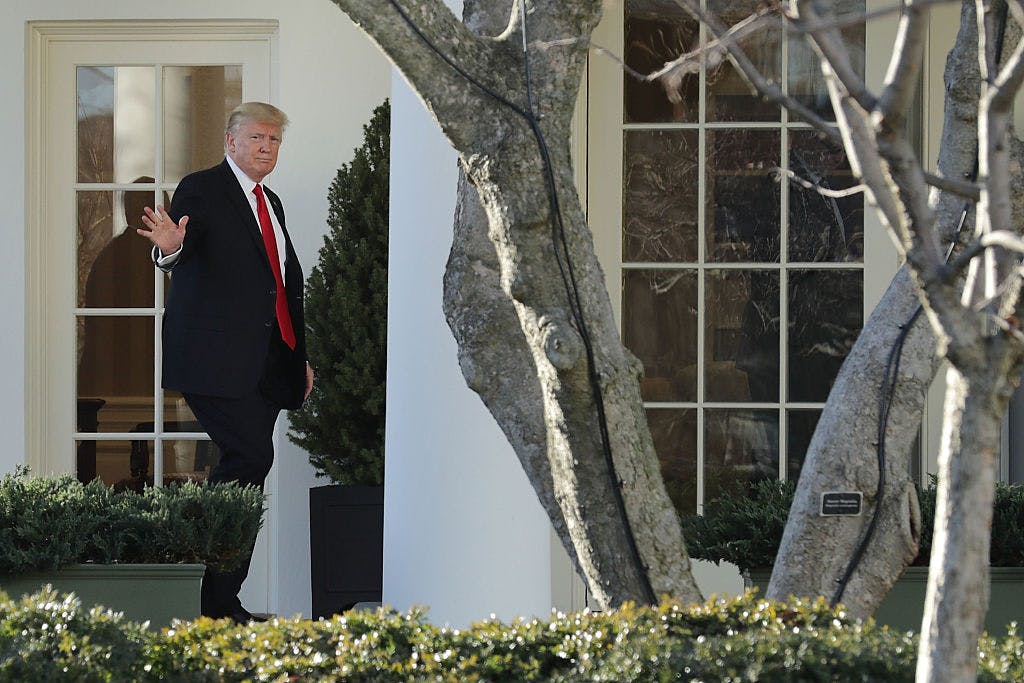 Making Moves
President Donald Trump signed two executive orders on Wednesday that have a direct impact on Texans. The sweeping orders include moves to immediately begin construction of a wall along the Mexican border, ramp up deportations, crack down on sanctuary cities, end “catch and release,” potentially reduce asylum protections, build more detention centers, and publicize crimes allegedly committed by immigrants. There’s a lot to unpack here (CNN has probably the best rundown of what’s inside these orders). First, the wall. According to the Texas Tribune, the order directs agency heads to “identify and quantify” the amount of U.S. aid to Mexico, implying Trump may be hoping to cut off aid in an attempt to force Mexico to pay for the wall (Mexican President Enrique Peña Nieto reiterated on Wednesday that Mexico won’t pay for the wall). As the New York Times notes, Congress will have to appropriate new funding for the wall, which is something Trump can’t control. Trump also threatened to withhold some federal grant money from sanctuary cities that have laws protecting undocumented immigrants from federal immigration authorities. And by ordering the end of “catch and release,” Trump is stopping a long-practiced protocol among immigration authorities to let go of people arrested for immigration-related violations while awaiting trial. One of Trump’s executive actions also includes a provision ordering U.S. Immigration and Customs Enforcement to create an Office for Victims of Crimes Committed by Removable Aliens, which will provide quarterly reports “studying the effects of the victimization by criminal aliens present in the United States.” Another provision includes a plan to publish weekly reports containing a list of purported crimes allegedly committed by undocumented immigrants, focusing on sanctuary cities in particular.

Sanct-U-ary Mad, Bro?
Governor Greg Abbott told Fox & Friends on Wednesday that he wants to pass a law that would allow him to just up and remove any Texas sheriff employing immigration policies that he doesn’t like, according to the Austin American-Statesman. Abbott’s threat to meddle in local government came on the heels of his dustup with Travis County Sheriff Sally Hernandez, who implemented a sanctuary policy for undocumented immigrants in Abbott’s own backyard. Abbott has, for a while now, threatened to stop state funding for sanctuary cities and schools (though he hasn’t actually done that yet), but he detailed ways to move forward with his plan in front of Fox’s cameras, telling the Friends, “We will remove her from office.” It goes without saying that such a threat is, right now, completely out of bounds for Abbott. He can’t just fire elected officials at will, and it seems unlikely he’d be able to pass legislation through the Lege that would allow him to do so. “Neither Gov. Abbott nor the Legislature have any authority to remove a duly elected sheriff, whose office is established by the Texas Constitution,” Texas U.S. Representative Lloyd Doggett said in a statement, according to the Statesman. “The governor shows contempt for both the Texas Constitution and the Bill of Rights in the United States Constitution.”

Bad Shape
A new report by the AARP found Texas’s nursing homes to be in really rough shape. “Texas nursing home quality is shamefully poor, and… worse than what exists in most other states,” reads the very first line of the report. Ouch. The report yielded some pretty shocking results: for the fiscal year starting in September 2014, the state issued 17,466 total citations, including 454 high-severity level violations involving “immediate jeopardy” of nursing home residents and 312 violations involving “actual harm” of residents. Of those 17,466 citations, the state took just forty enforcement actions. For those of you keeping score at home, that’s a batting average of .002. In 2014 and 2015, just 328 of the state’s 1,200-plus nursing homes were responsible for 94 percent of all serious violations, but the state collected fines from only 22 of those facilities. The report names a handful of the most frequently-offending nursing homes by name, including one facility in Hearne which was cited for 63 violations in the 2015 fiscal year, without the state collecting a single penny in fines.

White Cell Lie
On Friday, Kevin MaBone, a teacher’s aide at Mesquite ISD, accepted more than $11,000 and a car fundraised on his behalf by Wilkinson Middle School. It was a pretty incredible showing of support for MaBone, who revealed over Christmas break that he had been diagnosed with cancer. Students and faculty unveiled their gifts during a huge surprise party, complete with cheerleaders and a band. Heartwarming story, right? WRONG. “He had us all duped,” Laura Jobe, the school district’s communications director, told the Dallas Morning News. MaBone apparently asked for a few days off this week for “surgery,” and was of course granted his request (because he had cancer!). Well, MaBone instead used his time off to go to West Virginia, where he had a sentencing hearing for embezzling public money (he illegally used government gas cards to refuel his personal car for nearly a decade). His story unraveled pretty fast. “He called about 11 a.m. [Monday] and said that they had done some extra scans and his cancer was cured,” Leslie Fineglas told FOX4. “And they were still going to remove the tumor and he would be out for a couple of days, and we just thought that sounded kinda weird.” Kinda weird, indeed. One Google search later, and Fineglas and the rest of MISD quickly realized MaBone wasn’t who they thought he was. The school told Fox4 that MaBone admitted to faking the cancer diagnosis. He was fired on Monday.