“I hope you laughed with me as we trolled Sooners and Aggies and Art Brile. They are dumb.”

—Twitter personality Chuck F’n Strong in a tweet on Saturday. The popular character—a comedic fictional version of former Texas Longhorns head football coach Charlie Strong—has long been making the Twitterverse giggle with his bizarre takes on college football. F’n Strong broke character on Saturday to thank his fans, and, it appears, give his farewell address. We had some good times with F’n Strong. We will miss him dearly. 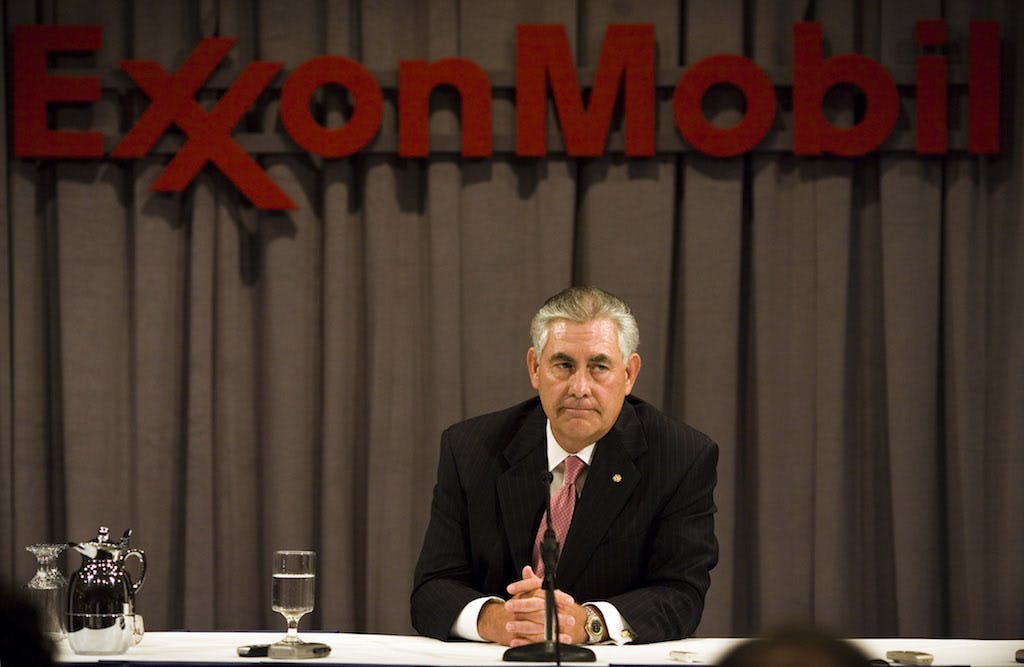 Secretary Tex
The most powerful position in President-elect Donald Trump’s cabinet looks to have been handed to a Texan. On Saturday, NBC reported that its sources said Exxon Mobile CEO Rex Tillerson, a Wichita Falls native and current resident of Irving, has been tapped as Trump’s secretary of state. According to the New York Times, Tillerson “speaks with a strong Texas twang,” and as the Texas Tribune notes, Tillerson is the first Texan to make the cut for Trump’s cabinet after a few others lost out on different positions. As per usual with Trump’s cabinet picks, Tillerson’s reported appointment is surrounded by controversy. Most notably, his ties to Russia and Vladimir Putin have come under intense scrutiny after recent reports in the Washington Post and New York Times that said U.S. intelligence agencies have concluded that Russia intervened in the presidential election to help Trump’s chances of winning. According to the Wall Street Journal, Tillerson’s business dealings in Russia are particularly troubling. For example, Tillerson struck a deal with Russia and Putin to allow Exxon access to Arctic resources, and, here in the U.S., Exxon has successfully lobbied against a bill that would have strengthened sanctions against Russia. According to the Journal, there’s “bipartisan resistance” to Tillerson as Trump’s pick, and he’ll likely have a tough time being confirmed by the Senate. “It’s a matter of concern to me that he has such a close personal relationship with Vladimir Putin,” Senator John McCain said. “That would color his approach to Vladimir Putin and the Russian threat.” There are other concerns, like Tillerson’s significant conflicts of interest—he’s set to retire from Exxon next year, but still owns a ton of stock in the company. It should be noted that Trump’s team has yet to confirm that Tillerson is, in fact, their pick for secretary of state, so who knows what’ll happen with that in the coming days.

Head Games
Texas will launch this week what is likely the nation’s largest attempt to track concussions in young athletes, according to the Associated Press. The University Interscholastic League, which is the state’s governing body for public high school athletics, is teaming up with the UT Southwestern Medical Center to track about two dozen sports—everything from football to girls’ soccer—to record the cause of injuries, recovery time, and other data. The goal of the study is to determine whether new equipment or tweaks to the rules have made players safer, and also to find out what more can be done to protect young athletes. The study will be a significant boost to any potential national database of concussions in youth sports. As of right now, UIL rules require that only one school in each district has to keep tabs on and report concussion injuries sustained by its student-athletes, although every school that makes the football playoffs is required to report concussions.

Strong Rebound
University of Texas at Austin’s former football coach Charlie Strong seems to have landed on his feet after he was fired last month. According to ESPN, Strong is taking his talents to Tampa, where he’ll be head football coach at the University of South Florida. It’s nice to see such a fast rebound for Strong, who, despite his struggles in the win-loss column, was by all accounts a high-character guy at UT. Strong’s new gig also probably has UT officials celebrating in the streets—that’s because, according to the Texas Tribune, it’ll probably save UT millions of dollars. Strong’s $5 million-per-year contract with UT is still good for two more years, but per the terms of his buyout, UT’s payout is reduced by half of what Strong will earn from his new employers. The terms of Strong’s contract with South Florida have yet to be released, but according to WTSP, he’ll get about two million a year. That would mean the Longhorns would have to fork over $1 million less per year to Strong. As the Tribune notes, it’d still be a pay raise for Strong: between his new job and his old contract, Strong’s total income would be $6 million per year, more than what he was making at UT. Not bad.

Please pick out something nice on the actual, real baby registry for this pregnant Waco orangutan couple Waco Tribune