“Just got a call to #makeamericagreatagain Saddle up & ride, bro!!”

—Former governor Rick Perry on Instagram, according to the San Antonio Current. Perry seemed super stoked about the election of a man he once called a “barking carnival act” and a “cancer on conservatism.” 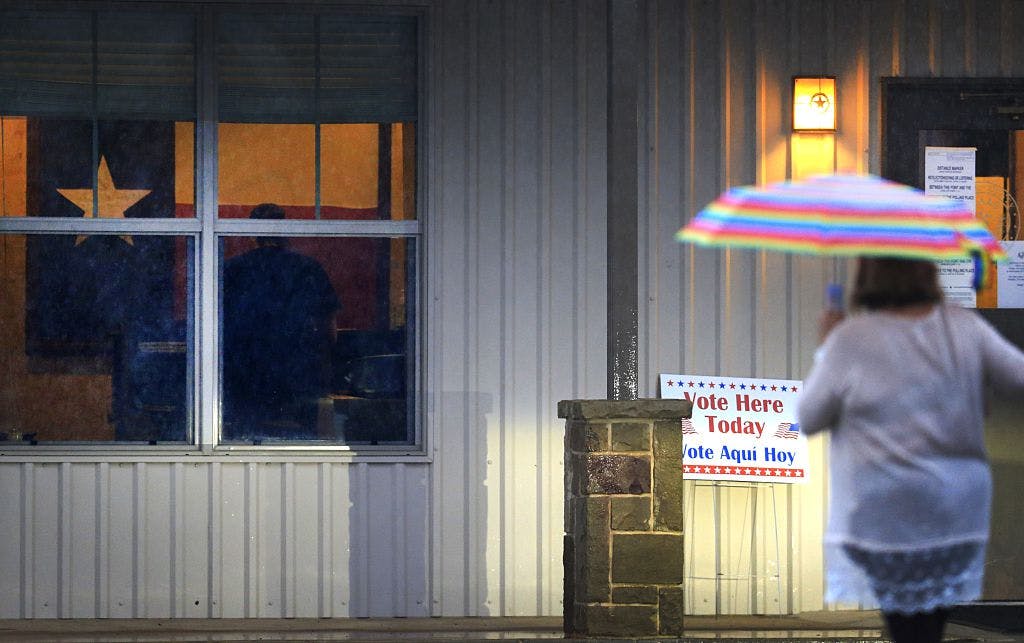 Pathetic, Y’all
Sure, about 800,000 more Texans cast their ballot this election than in 2008, but the actual voter turnout rate—which is a far more telling statistic—appears once again to be embarrassingly low here. According to the Texas Tribune, only 8,878,152 Texans voted this year our of the 15.1 million Texans who were registered to vote. The statewide voting-eligible population is 20,832,609. So just 42.62 percent of eligible voters in Texas actually bothered to make it to the polls and vote. That mark is just under one percent greater than Texas’s turnout rate in 2012, but it’s actually about four percent less than the rate in 2008. As the Tribune notes, this comes on the heels of Texas’ similarly paltry turnout during the primary elections back in March, when Texas ranked behind 27 of the other 35 states that held primaries. Perhaps what makes this year’s turnout rate so disappointing, though, is that several factors leading up to Election Day had indicated Texas could be due for a big jump in turnout rate. A record number of voters registered ahead of this election, and early voting turnout shattered records across the state. Plus, this presidential election was one of the most divisive in history, with polls showing that Texas appeared to be in play at various points in the presidential race. All of that seems to indicate that Texans would have lined up in droves at the polls. Yet well over half of the Texans who could vote this election simply did not.

History Made
Voters in Jefferson County elected the state’s first black female sheriff. The road to history was long and rocky for Zena Stephens, who narrowly beat her challenger. According to the Beaumont Enterprise, Stephens managed to knock out the incumbent sheriff’s chief deputy during the primary elections, despite her highly favored opponent’s significantly larger war chest. Before the primaries, someone allegedly shot at Stephens’s campaign headquarters while yelling a racial slur. Still, Stephens persevered and made history on Election Day. “I think it is important, because I never saw anybody who looked like me in this role, or as a police chief, when I was growing up,” Stephens told the Enterprise. “And so the idea, not just for girls but for any minority, that you can obtain these jobs at this level, I think that’s important. And it’s important for these jobs in law enforcement and any job to reflect the community they serve.”

Texas Hispanics React
The election of Donald Trump for president has Texas’s immigrant and Hispanic populations worried sick about their own futures and the futures of their friends and loved ones. As the Houston Chronicle reminds us, “Trump has promised to repeal the DACA program, which has allowed about 800,000 young people to work while temporarily shielding them from deportation. He has said he would remove all immigrants… who are here illegally.” If Trump holds true to his campaign promises, it would directly affect a lot of Texans. Pretty much everyone the Chronicle spoke to—from immigrants to immigration policy experts to advocates—appeared unhopeful at best, and often downright afraid of what might happen when Trump takes office. The Austin American-Statesman and the Texas Tribune had similar stories about the fears of Texas’s immigrant and Hispanic populations, as well as tremendous anxiety among South Texans. “We’re living in an environment where Trump pretty handily won for president in the U.S.,” one immigration organizer told the Statesman. “We have to recognize that it’s not the best time for us.”

In Protest
Anti-Donald Trump protests broke out across the country on Wednesday following the election of the Republican candidate, and things were no different in Texas. Austin saw a particularly large protest movement, as about 400 people—mostly students from the University of Texas at Austin—gathered at the steps of the UT Tower before marching through downtown, blocking traffic and adding sympathetic passersby to their ranks along the way, according to the Austin American-Statesman. The protest lasted for about eight hours and there were no arrests. Teachers and students at an Austin elementary school kneeled during the pledge on Wednesday in protest. About 300 protesters took to the streets in Dallas, and hundreds of students at Texas A&M protested against Trump too. In Houston, a small contingent of protesters posted up at the University of Houston beat and burned a Trump piñata.