Last week, former Oklahoma City police officer Daniel Holtzclaw was convicted on 18 charges, ranging from rape in the first degree to forced oral sodomy, after being accused of sexually assaulting 13 women. The case ended up making national headlines, and the details of how Holtzclaw raped so many women–and who he targeted—revealed some things about the state of the world in 2015.

Although it’d be easy to hold Holtzclaw out as an outlier—and certainly, his crimes don’t represent all police—he’s not alone in using his position to victimize women who should be able to trust the officer who arrives at their emergency call or who stops them for speeding.

In June, Amarillo police officer Micah Meurer was fired a day after he responded to a 911 call at the home of a woman who reported domestic violence. After Meurer went to her house, the woman told police that he raped her. An incident report details the evidence found at the scene—bodily fluids, her clothing, towels, and more—as well as a rape kit that was conducted afterward.

Within 24 hours, the Amarillo Police Department’s internal affairs office determined from evidence that Meurer violated department rules, “including acts which bring discredit to the officer and the department.” The evidence collected was sufficient to fire Meurer immediately, but  it took the wheels of the criminal justice system four months until he was no-billed by a grand jury. Grand juries rarely indict police officers. In August, California became the first state to ban grand juries from mulling charges against police altogether, leaving the accountability for that decision solely in the hands of a prosecutor.

The charges filed by the woman in Meurer’s case—listed on the incident report as “aggravated sexual assault rape”—accuse him of something horrific. But if Texans treat the allegations against Meurer as an isolated incident ignores even broader context.

Last month, the Associated Press revealed the results of a study of sexual assault involving police officers over a six-year period. Nearly 1,000 officers had their licenses to work in law enforcement revoked as a result of sexual misconduct. And, as the AP notes, that number only identifies the officers whose licenses were revoked, not those who were merely fired, or who work in states that don’t track decertifications.

The number is unquestionably an undercount because it represents only those officers whose licenses to work in law enforcement were revoked, and not all states take such action. California and New York — with several of the nation’s largest law enforcement agencies — offered no records because they have no statewide system to decertify officers for misconduct. And even among states that provided records, some reported no officers removed for sexual misdeeds even though cases were identified via news stories or court records.

“It’s happening probably in every law enforcement agency across the country,” said Chief Bernadette DiPino of the Sarasota Police Department in Florida, who helped study the problem for the International Association of Chiefs of Police. “It’s so underreported and people are scared that if they call and complain about a police officer, they think every other police officer is going to be then out to get them.”

The national number is large enough that, combined with the number of assaults that don’t result in disciplinary action, it suggests something frightening about the idea of calling the police. One thousand documented cases out of 1.1 million police in the United States is a statistically small percentage, but it’s still too many victims of the unthinkable.

Last month, Pharr police officer Erasmo Mata was convicted of sexual assault of a child. His victim, a fifteen-year-old identified in court as Jane Doe, was raped multiple times by the officer in 2013. Mata was fired after an internal affairs investigation, but according to a federal lawsuit filed against the city on behalf of Doe, the criminal complaint wasn’t brought to the district attorney until she hired a lawyer, who involved the Texas Rangers. (The lawsuit also said that other Pharr police officers took the girl to abandoned houses in the city and stood as lookouts while she was raped.)

The sexual misconduct police officers participate in isn’t always as dramatic, but it’s still an egregious abuse of power. Earlier this month, the Texas Department of Public Safety fired trooper Christopher Champion after investigating accusations made by a woman he stopped for speeding. The woman told investigators that Champion, upon pulling her over, offered her $300 to have sex with him, and then took her phone in order to text himself her contact information. Champion was later arrested on charges of soliciting prostitution and official oppression.

Sometimes, it’s murky. In Odessa, former officer Salvador Becerra was convicted last week on five counts of improper sexual activity after he confessed to groping five different women he pulled over for traffic stops. It’s hard to beat a rap that includes a confession, but that wasn’t the extent of the allegations against Becerra, who was also charged with sexual assault stemming from accusations that he forced another woman in custody to perform oral sex on him. (Each of the counts on which Becerra was found guilty carried a potential two year term in a state jail; he was sentenced to one year on each charge, set to run simultaneously.) Becerra was acquitted on the charge of sexual assault.

Former San Antonio officer Jackie Len Neal pled no contest to improper sexual activity with a person in custody last month after his case spent nearly two years in the criminal justice system. Neal was accused of handcuffing a woman during a traffic stop and raping her in the back of his patrol SUV in 2013. A lawsuit that the woman settled with the city last year further claimed that he threatened her after she reported the crime.

These stories aren’t rare, and they’re damaging to a lot of people—the women who are raped by the officers in question, obviously, but also to the officers who are tarnished by the actions of others who abuse the authority they share. Even still, it’s damaging to people who have to weigh the risks of calling 911 and inviting a police officer into their homes. Tempting though it might be to hold names like Daniel Holtzclaw’s as anomalies, there’ll be a lot of people, both civilians and officers, who suffer if we do. 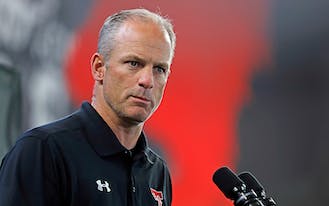