The nerds have left town, and the film buffs are still holed up in darkened theaters, which leaves Austin’s streets vulnerable to the most raucous of SXSW’s three big conferences: music. Though interactive has overtaken music in terms of attendance (in 2015, music had 30,308 registrants to interactive’s 33,825), there is still something about the spirit of the final conference—which runs from Tuesday through this Sunday—that makes it feel much more massive.

On Thursday, the Texas Monthly SXSW team scattered in all directions to see a country legend, festival veterans, and stark folk.

At 83 years old, Loretta Lynn still sparkles. Literally. She took the stage for her BBC showcase set wearing a floor-length red sequined gown that was more appropriate for the Grand Ole Opry than the dusty amphitheater where she was performing. Despite the fancy get-up, for 45 minutes Lynn treated the Stubb’s stage like her front porch as she called out for requests, playfully sparred with her band members (two of whom are her children), and sang straight from the heart.

Lynn eschewed the hard livin’ that most of her contemporaries embraced, which could explain why her voice is still shockingly unchanged. It could also be why the octogenarian has the energy to record another album (her 2016 effort, Full Circle, just became her highest charting album of all time). And while new Loretta Lynn is never a bad thing, it was the classics that fans begged for on Thursday evening. “You Ain’t Woman Enough” and “They Don’t Make ‘Em Like My Daddy” appeared early in the set, but she left the real stunner, “Coal Miner’s Daughter,” as the closer. 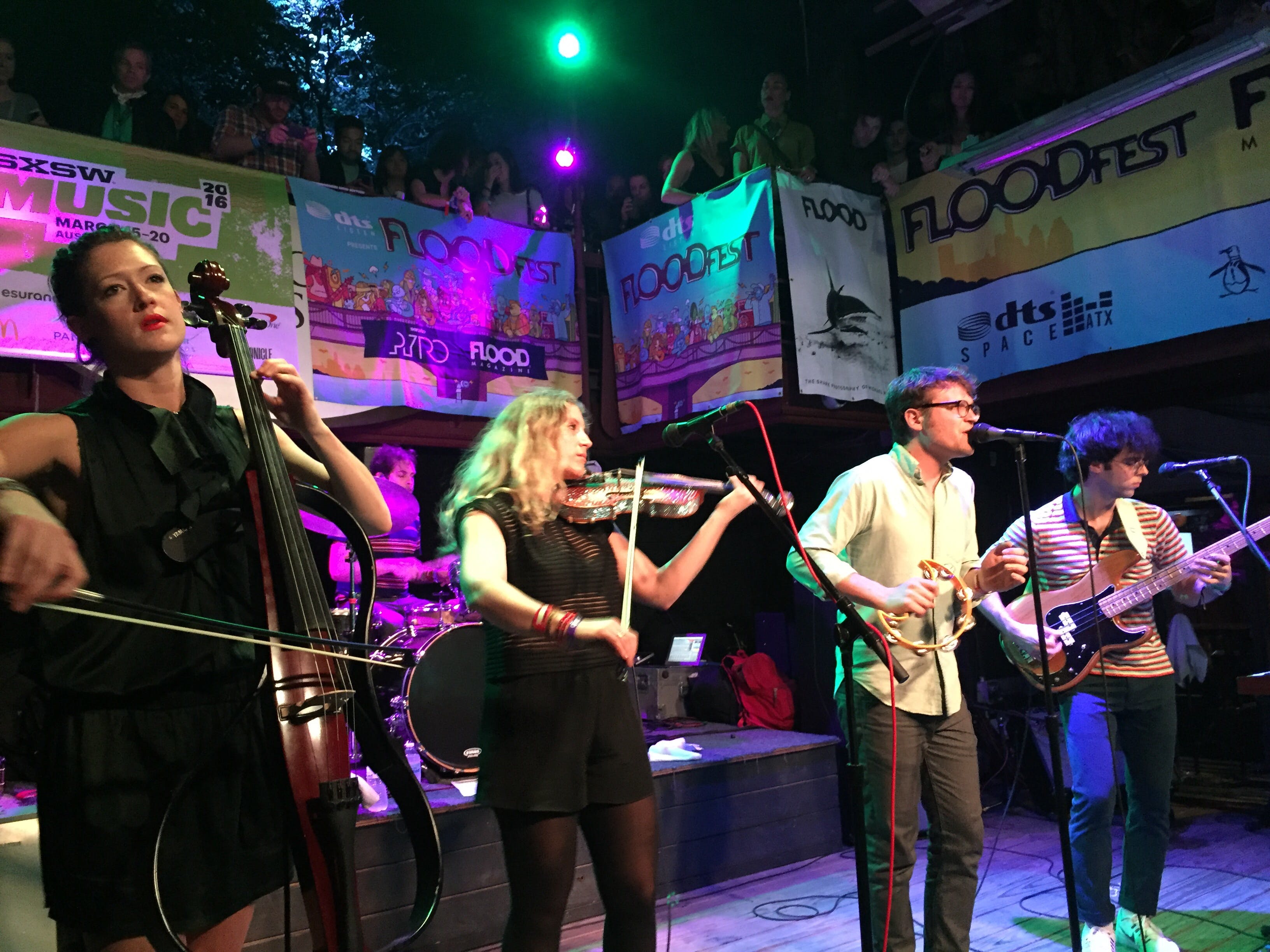 According to Ra Ra Riot’s lead vocalist Wes Miles, the last time the band was at SXSW was nine years ago. When he asked if anybody had seen them then, one very enthusiastic audience member shouted yes. “Really?” Miles asked incredulously, adding, “Thanks for coming back.” The indie band from New York rounded out Thursday’s Flood Fest line up at Cedar Street Courtyard, playing 17 songs nearly straight through with few introductions.

But even if it’s been years since they’ve graced a SXSW stage, the Ra Ra Riot probably doesn’t  need much introduction. Crowd favorites kept the audience singing along as they mixed in popular singles such as “Boy,” “Too Dramatic,” and “Beta Love” with tracks off their latest album, Need Your Light. It was a set that wa easy to close your eyes and lose yourself in, as one woman in the balcony did for the majority of the show. There was a weird moment when someone shouted out “I love you Alexandra,” probably unaware—or maybe completely aware—that the band’s former cellist Alexandra Lawn left in 2012. “We’ll see you again,” Miles said at the end of the night. “Maybe in another nine years.” We hope it’s sooner than that. 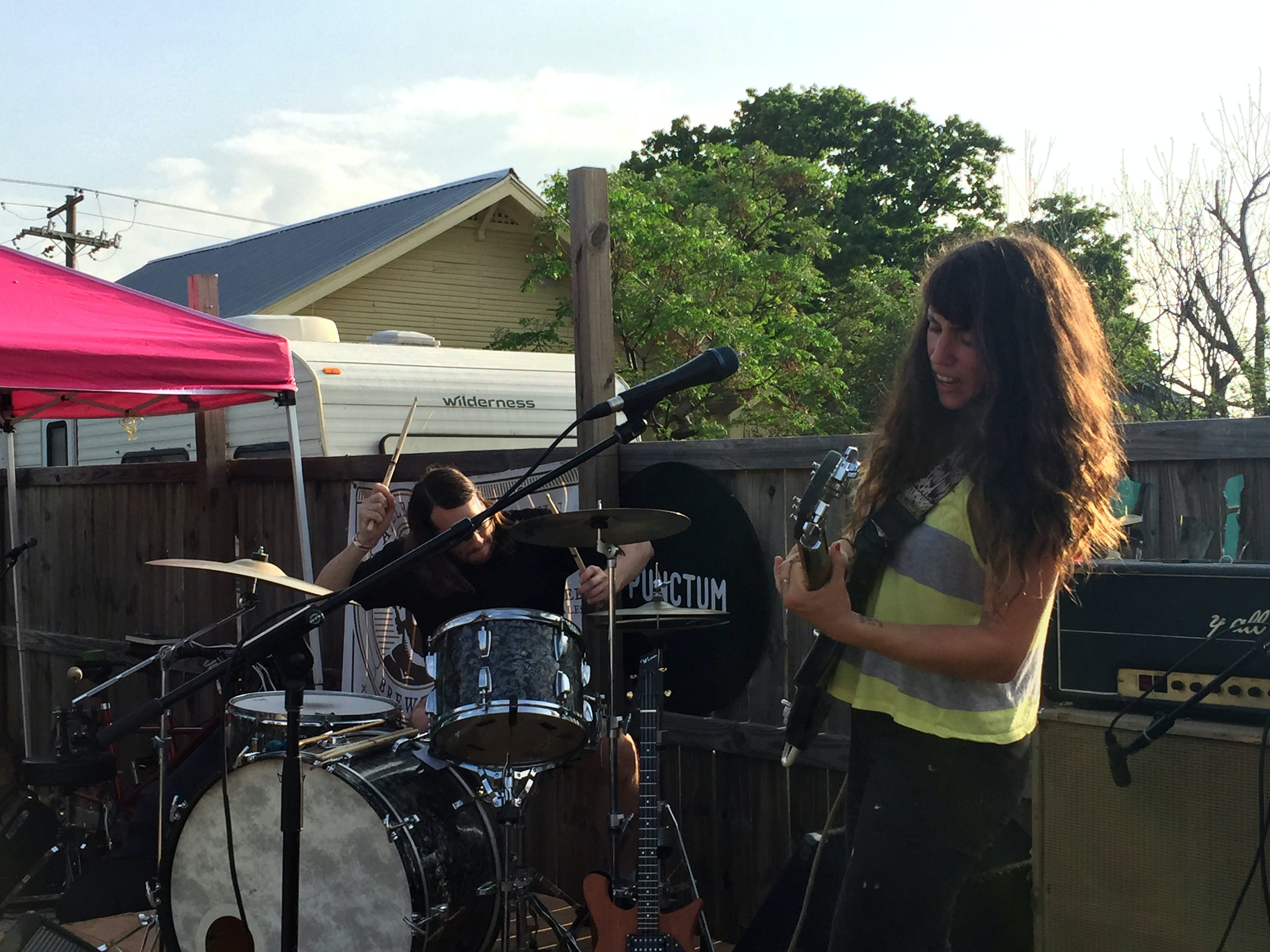 There’s more than one SXSW. There’s the one that draws international headlines, and which features global brands from Vans and Converse to Samsung and Capitol One paying huge amounts of money to superstar artists to parachute in for an exclusive set. And then there’s the one that local music lovers put together in backyards and event spaces outside of the downtown core, taking advantage of the fact that so many talented artists are hanging around Austin for a week, often just for one official showcase.

That’s what brought North Carolina’s Des Ark—whose 2015 release, Everything Dies, was one of the year’s better albums—to the backyard of East Austin art space Studium late on Friday afternoon for a show hosted by She Shreds magazine and local label Punctum Records. Des Ark aren’t famous—and neither were most of the ten other bands on the bill—and the fact that there were only forty or so people in the audience reflected the fact that, like, Kacey Musgraves was playing a mile away. But there are 2,000 bands at SXSW, and few of them write songs as haunting as “Coney Island Street Meat” or “Street Woods,” which cut through Thursday’s humidity and sun to reach a crowd that didn’t need a megastar. For all the hype at SXSW, it ultimately comes down to the music itself, and Des Ark’s set in the backyard at Studium was as great as anything from a headliner downtown at a brand-sponsored activation. This is SXSW, too, for people who love music, and it matters just as much as what the brands are bringing to town.

Listen to Everything Dies here. 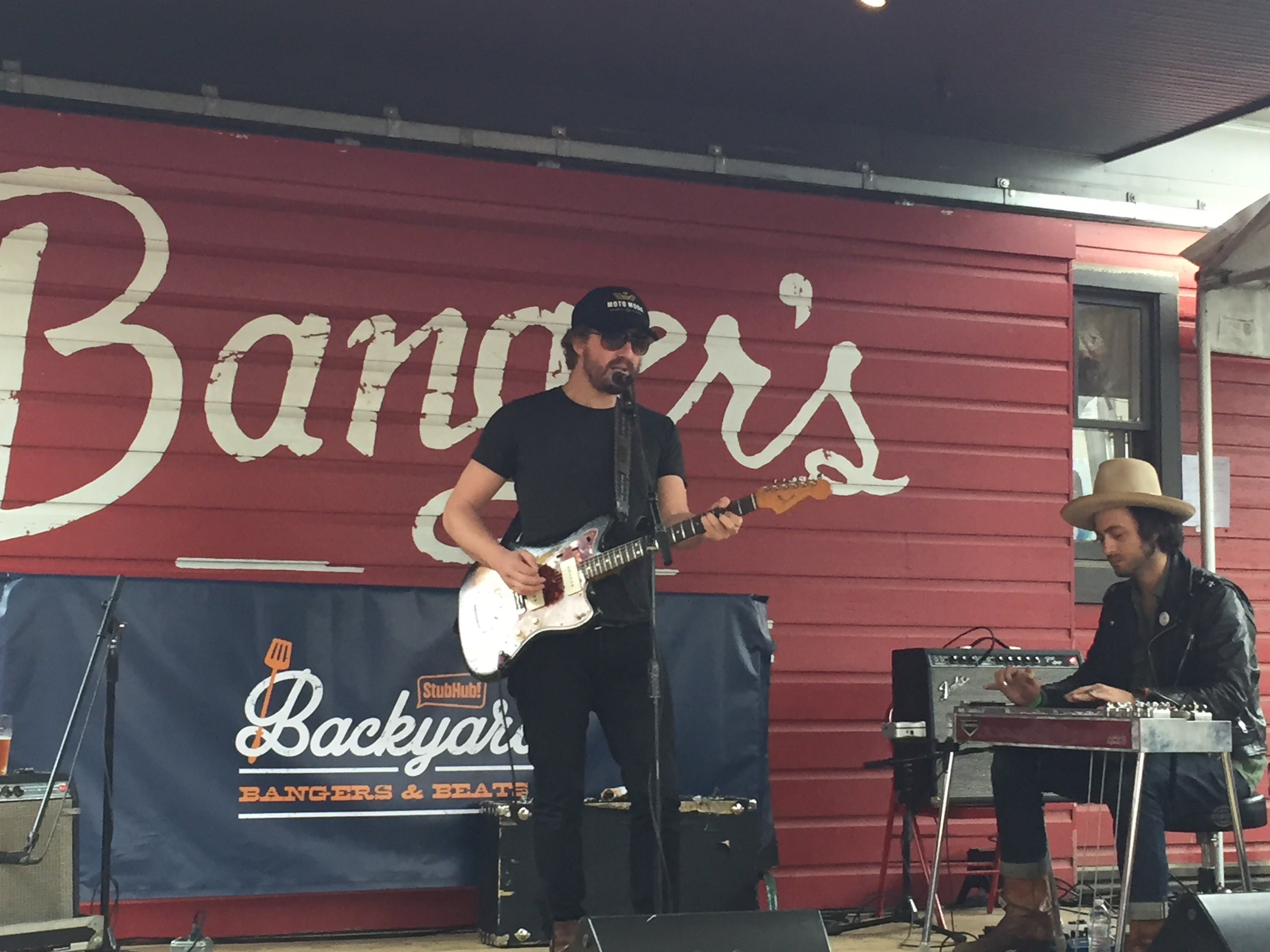 The music at SXSW runs late, but it also starts early. “Morning” is a loose concept—the band didn’t start until just after noon—but the early-in-the-day set from Phosphorescent (this time appearing as just singer/songwriter Matthew Houck and pedal stew guitarist Ricky Ray Jackson) at Bangers was just right for the tired/hungover/slow-starting crowd. The show was sponsored, as per usual at SXSW, this time by ticket broker website StubHub (and catered by John Mueller BBQ), and someone had to pull some strings to get the construction cranes at a nearby condo development to take a break. When they did, though, Houck treated the intimate crowd of about sixty to a tender set that showcased the Laurel Canyon-meets-Willie Nelson thing that he does so well.