When JMBLYA entered the crowded Texas music festival landscape in 2013, it made its splash by bringing back the multi-city touring festival format. The first edition of the hip-hop and EDM fest brought Odd Future stars Tyler, The Creator and Earl Sweatshirt, Toronto electronic duo Zeds Dead, and Outkast’s Big Boi, among others, to Houston, Austin, and Dallas for an assortment of fans that numbered around 5,000 between the three dates.

In 2017—in an even more crowded music festival landscape (seriously: Fort Worth’s Fortress Festival, Austin’s Sound On Sound, Houston’s Day For Night, and Middlelands Festival are all new entries to the market)—JMBLYA has proven itself as the little festival that could. The fest dropped Houston from its itinerary after its first year, which has cleared up money for rising stars and fostering ongoing relationships with its talent. This year, the two dates of JMBLYA (in Dallas’s Fair Park and Austin’s Circuit of the Americas) each sold out to the tune of 25,000 people per day.

It’s not hard to see why. Scoremore Productions, which puts on JMBLYA, nurtured its relationships with the acts who played the fest over the past five years of the event, as well as through its all-night SXSW parties. This year’s headliners, as a result, included two of the biggest names in music: Chicago’s Chance The Rapper and Atlanta trio Migos. This was Chance’s second time headlining the festival—he previously topped the bill in 2014, back when he was a college kid cult favorite—but that relationship helped secure the “Best New Artist” Grammy winner who, just days before JMBLYA, would be announced as the headliner for the Austin City Limits festival. Migos, meanwhile, have been a rising act for a while. But JMBLYA invested early, securing their presence before the album Culture debuted at number one on the Billboard 200 chart and they became a ubiquitous radio presence with “Bad & Boujee.”

Those two acts might have been the main attraction at Fair Park and COTA, but the line-up was otherwise stacked. Migos ended up playing a late afternoon set, opening for DJ Steve Aoki—whose career peak came sometime around 2012—which made for an awkward dynamic at the Austin date as the crowd make a beeline for the festival’s food stands as soon as their set ended. The festival’s audience was much younger than events like Austin City Limits and Sound On Sound, where college-aged music lovers are joined by weekend warriors and aging punk rockers, and it showed in how hungry they were for new talent. 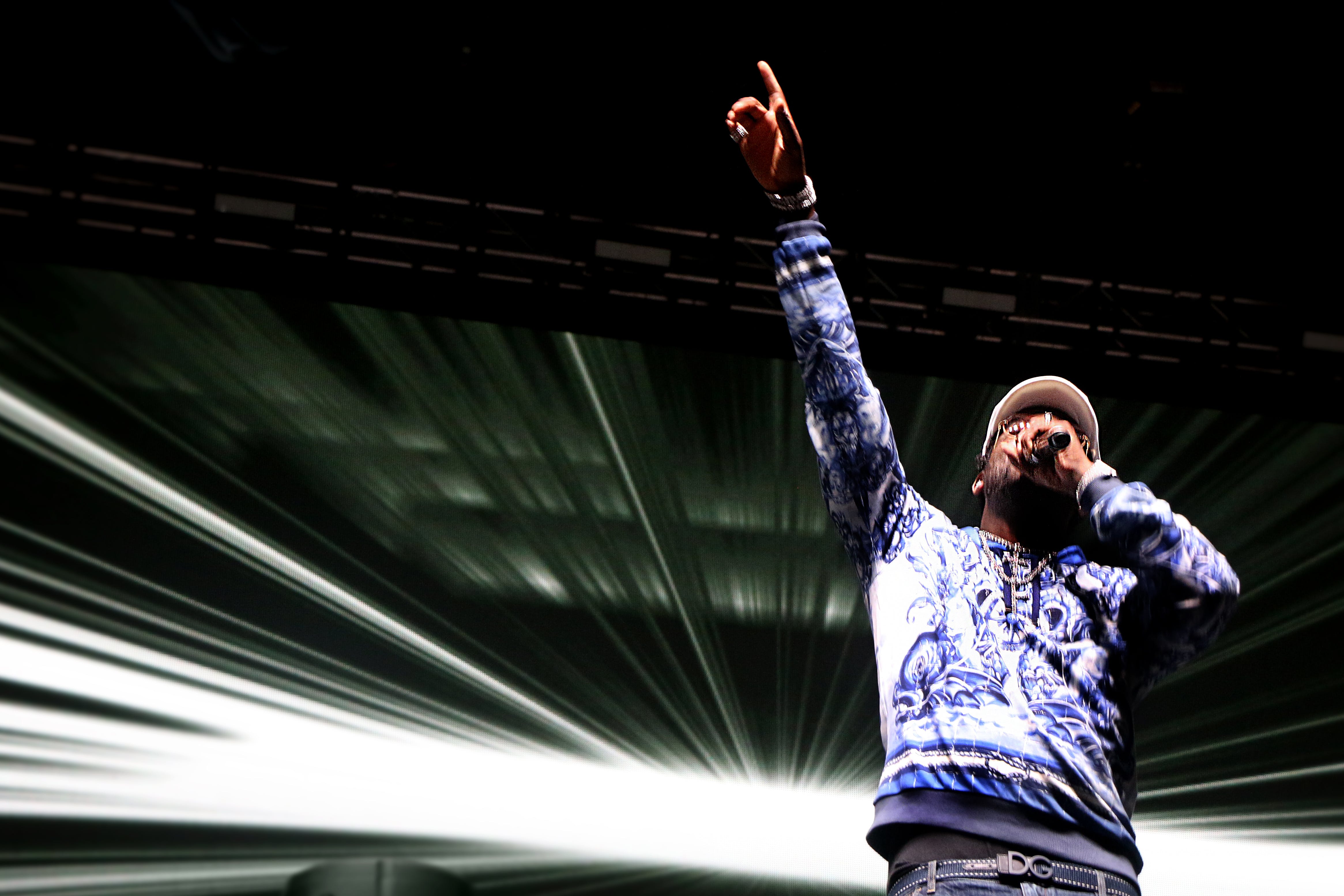 That’s not to say that there wasn’t any respect for the old-timers, though. Gucci Mane, playing a triumphant evening set in Austin before the headliner, introduced Bun B for a brief cameo in which the OG played “Get Throwed,” despite not being on the bill. Gucci Mane’s set in itself seemed to serve as sort of a tribute to how much people must like spending time with Gucci Mane: not only did Bun B pop over from Houston just to make an appearance, but early day act Young Dolph emerged for an appearance of his own, and Migos returned for a triumphant interlude to play their collaboration with the rapper, “Slippery,” for the second time that day. 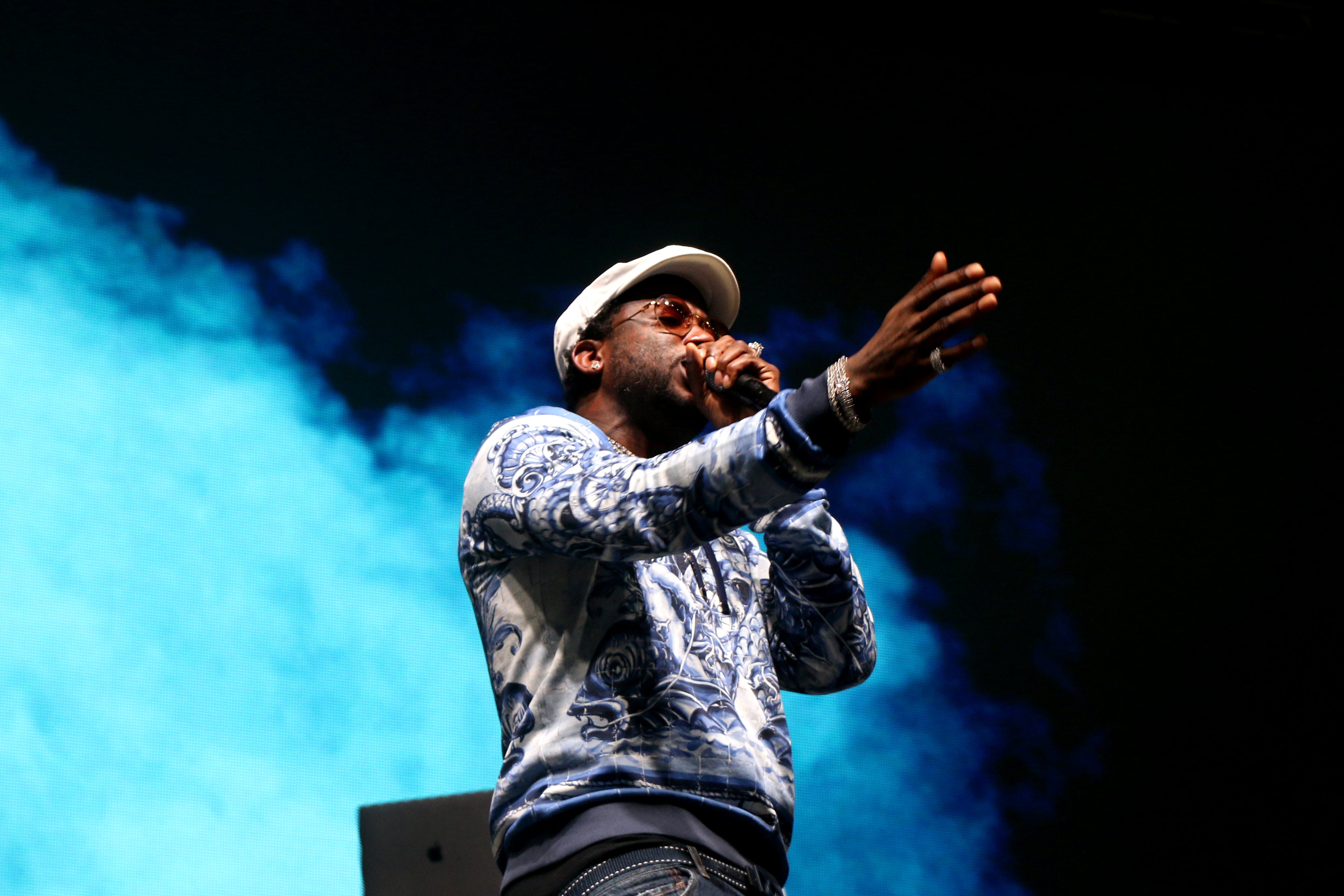 The festival, though, belonged to Chance. The “3” caps were everywhere, fueling the artist’s coffers (which will, in turn, presumably continue to fund Chicago’s public schools, making if a feel-good fashion statement) and establishing him as a sort of revival leader for 25,000 fans a night. 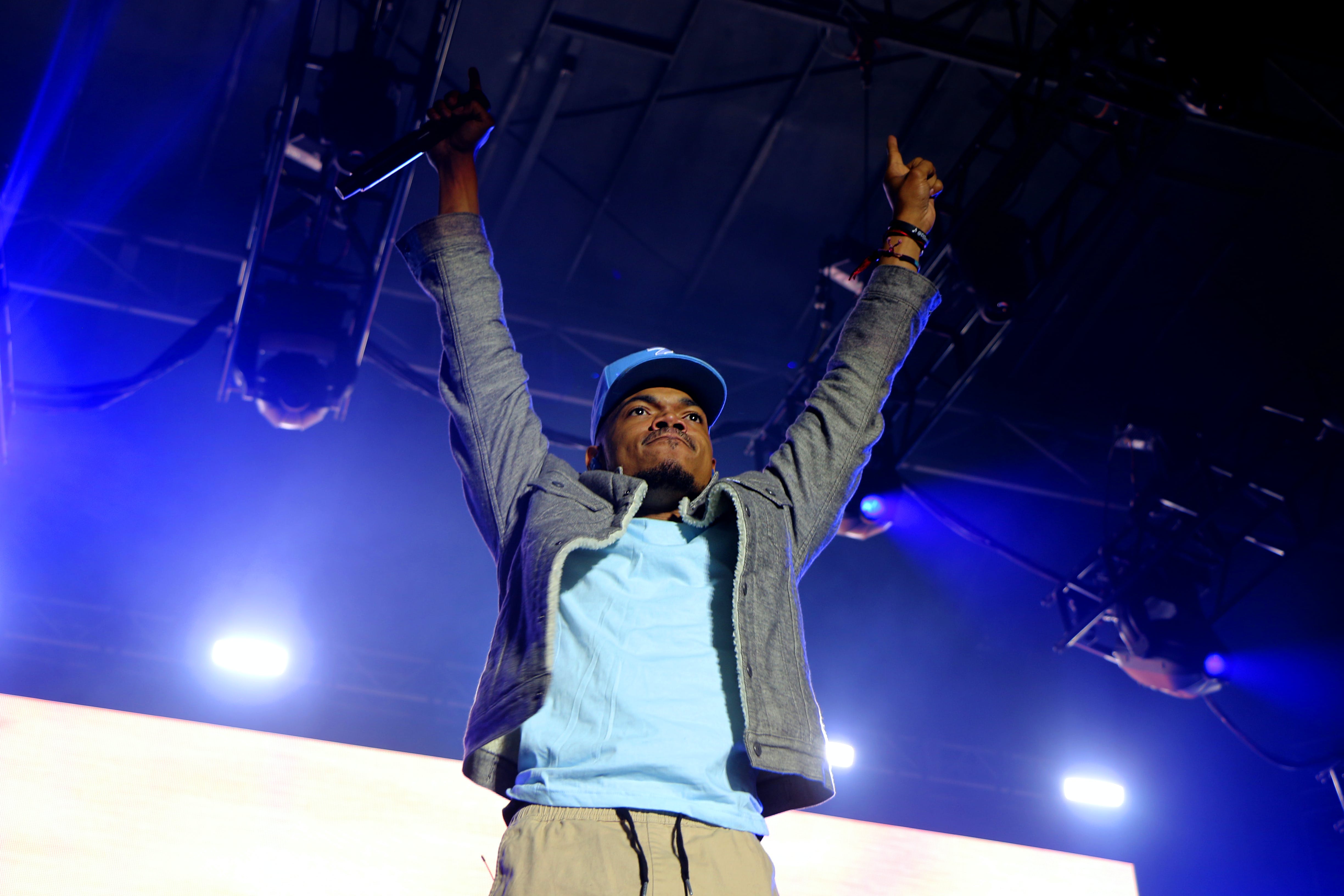 It’s a comparison that Chance invited throughout his set on Saturday night, backed up by gospel quartet. His music has always had a spiritual component on record, and he’s unafraid to play that up to a crowd who’s in for a party atmosphere. It makes sense, though—throwing your hands in the air is the same gesture whether you’re doing it because you just don’t care or you want to send up your praises, after all—and given how sincere Chance comes off on stage, it never feels like anything other than a natural part of the performance.

It’d be dismissive of JMBLYA, and of the craft of Chance’s performance at the festival, to call what he did over the weekend as warm-up for ACL and the other festivals he’ll be headlining this year (Governor’s Ball, Bonnaroo, and Lollapalooza among them), but it’s nonetheless an interesting chance to see the artist level-up in real time. JMBLYA was a packed crowd of 25,000, but when he plays Lollapalooza, he’ll be in front of more than four times that many fans. Because of how he feeds off of their enthusiasm for his music—he’s prone to letting the last word in his lines linger for fans to pick up, but he’ll also prove on frenetic verses like the opening of “Angels” that he’s capable of delivering live—the tenor of his set at the bigger festivals this summer will probably be a little different. It’s rare that a crowd of 25,000 feels intimate, but that’s the place Chance The Rapper is at in his career right now.

All of which makes JMBLYA a unique piece of the Texas music festival landscape. With two back-to-back sellouts, 2018 is all but assured, and it’ll be interesting to see how the festival evolves now that it has scored such an unparalleled triumph. It scooped an ACL headliner five months early, but the festival business is a forward-looking one. We’ll have to see how they plan to make sure that it didn’t peak in 2017, but based on what they delivered over the weekend in Dallas and Austin, we wouldn’t bet against JMBLYA.