“There’s a lot of mermaid demand.”

—Sherry Rozas, also known as “Mermaid Sherielle,” to the Houston Chronicle. Rozas is a professional mermaid, and apparently the mermaid entertainment industry is booming in Texas. With spring party season approaching, Rozas and her mermaid friends are looking forward to putting their tails to work. 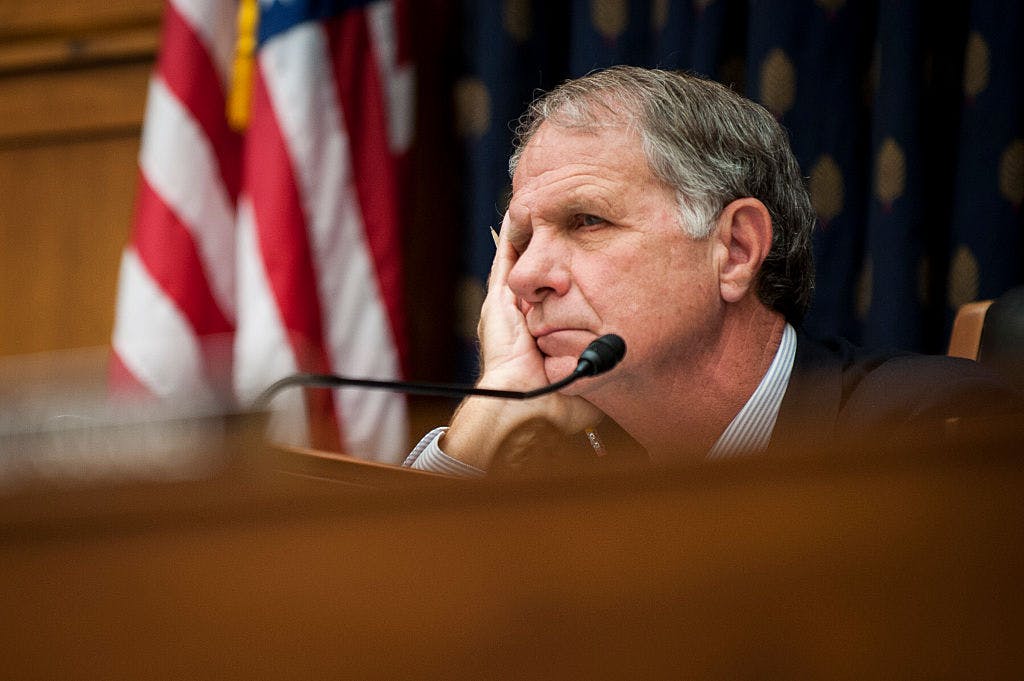 Poe Out
The GOP’s plan to repeal and replace the Affordable Care Act failed miserably on Friday when it was pulled by House Speaker Paul Ryan, the bill’s author. Over the next few days, autopsies would reveal a number of factors that led to the bill’s death, but the fatal blow perhaps came from the House Freedom Caucus, a group of about three dozen ultra-conservative members of Congress who banded together in opposition to the bill. Or, well, mostly. Among the members of the Freedom Caucus is—or was—Texas Representative Ted Poe, of Humble. Poe, who broke rank from the group to support the bill, announced on Sunday that he resigned from the Freedom Caucus, the first blow to the conservative group to come from the health care bill controversy. “I have resigned from the House Freedom Caucus,” Poe said in a statement, according to the Texas Tribune. “In order to deliver on the conservative agenda we have promised the American people for eight years, we must come together to find solutions to move this country forward. Saying no is easy, leading is hard, but that is what we were elected to do. Leaving this caucus will allow me to be a more effective Member of Congress and advocate for the people of Texas. It is time to lead.” As the Tribune notes, the Freedom Caucus is no joke—remember, the group of lawmakers was basically behind the ousting of former House Speaker John Boehner last year—so Poe is giving up a lot by stepping down. His departure could signal the beginning of the end for the Freedom Caucus. “I feel like they’ve ostracized themselves like they haven’t ever done before,” a GOP leadership aide told CNN. “I think this could be a breaking point for the membership of the Freedom Caucus.”

ICE Breakers
U.S. Immigration and Customs Enforcement agents rolled into Fort Worth on Sunday and rounded up 26 undocumented people who were reporting for court appointed roadside community service, according to KXAS-TV. The people detained in Sunday’s raid had been convicted of high-level misdemeanors or low-level felonies like drunk driving, theft, and assault. “They were really nervous, ‘oh my God,’ ‘oh my kid’ and everything,” one witness of the mass arrest told KXAS. “Some were saying ‘oh we got to run.'” ICE wouldn’t tell KXAS much about the roundup, other than that it was part of “ongoing immigration enforcement operations in North Texas.” The Tarrant County Sheriff’s Department cooperated with ICE after the agency asked for information on people in the community service program, which allows offenders to work off their sentences, according to the Fort Worth Star-Telegram. The incident drew criticism from immigrant advocates. “These individuals were following the law by showing up to do their community service,” one local activist told the Star-Telegram. “In the act of doing the right thing they were rounded up like cattle. No good deed goes unpunished.”

Water World
The University of Texas at Austin men’s swimming and diving squad won its third straight NCAA title on Saturday in ridiculously convincing fashion. According to the Austin American-Statesman, the Longhorns scored 542 team points, won 11 of the meet’s 21 events, set 7 NCAA records and broke 3 U.S. records. Not bad, but that’s all pretty much expected considering Texas’ stacked team. Longhorn swimmers Townley Haas, Jack Conger, and Clark Smith all won gold medals at the Rio Olympics last summer, and teammate Joseph Schooling beat Michael Phelps in the 100-meter butterfly to win a gold for Singapore. Texas beat second-place California-Berkeley by almost 200 points. Three-peats are actually fairly common in college swimming—the last team to do it was Auburn, which won five-straight titles from 2002 to 2007—and Texas has done it before, too, winning three straight to start the millennium and claiming four in a row from 1988 to 1991. This was the UT’s thirteenth title, making it the winningest program in the history of the sport.

Right Back At You
Days after his election was deemed illegitimate by former Texas governor and current U.S. Energy Secretary Rick Perry, Texas A&M student body President Bobby Brooks sent a letter to Perry, offering to sit down with him to talk. Brooks, the first openly gay person to serve as president of the student body at the university, had a diplomatic response to being accused by Perry in a Houston Chronicle editorial of employing “dirty campaign tactics.” In the letter, which was published in A&M’s student newspaper, the Battalion on Saturday, Brooks thanked Perry for his “ongoing and committed interested” in Perry’s alma mater, and he invited Perry to Aggieland “to discuss how we can work together to achieve our common vision.” He even offered to meet Perry in Washington, D.C., in case the Energy Secretary is too busy to make the trek to College Station. According to the Dallas Morning News, it’s unclear if Perry has responded to or even received the letter.

How much did the FBI know about the Garland terrorist attack before it happened? Maybe a lot CBS 60 Minutes