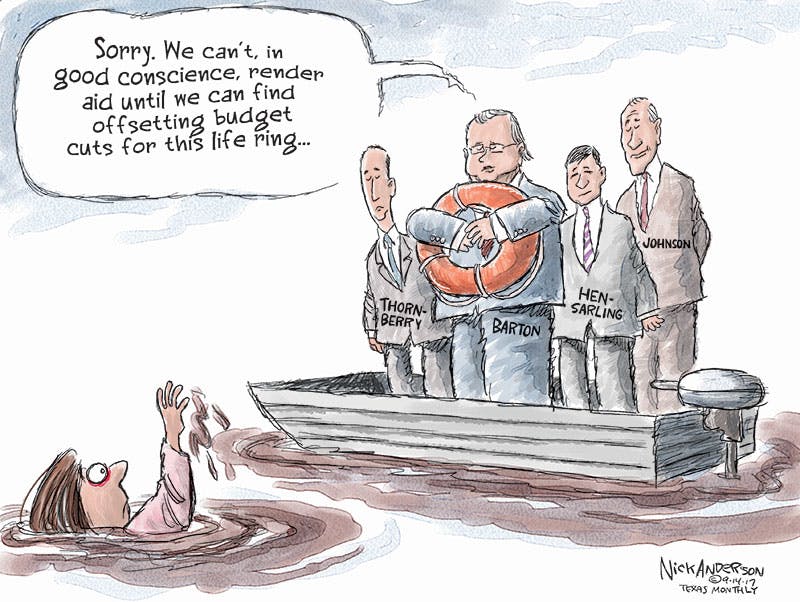 On September 8, the U.S. House of Representatives approved a $15 billion aid package for areas of southeast Texas hit by Hurricane Harvey. The measure, which President Trump signed it into law later that day, passed the House 316-90, with yes votes from all Texas Democrats. Because who wouldn’t support the short-term measure to send resources and funding to Texans in need? Well, four Texan Republican Representatives: Joe Barton of Ennis, Jeb Hensarling of Dallas, Sam Johnson of Richardson, and Mac Thornberry of Clarendon. Their stated reasons varied—Barton voted against it to prevent raising the public debt ceiling, and Thornberry said he thought the short-term government funding would hurt the military—but none of the representatives were from counties directly affected by the storm.