Sid Miller likes to raise a ruckus. The agriculture commissioner appointed Ted Nugent to be his campaign treasurer, valiantly defended cupcakes from nonexistent threats, and spoke out on behalf of much-maligned deep fryers in Texas public schools. And, on Monday morning, he shared a meme on his Facebook page that advocated dropping nuclear bombs on “the Muslim world.” 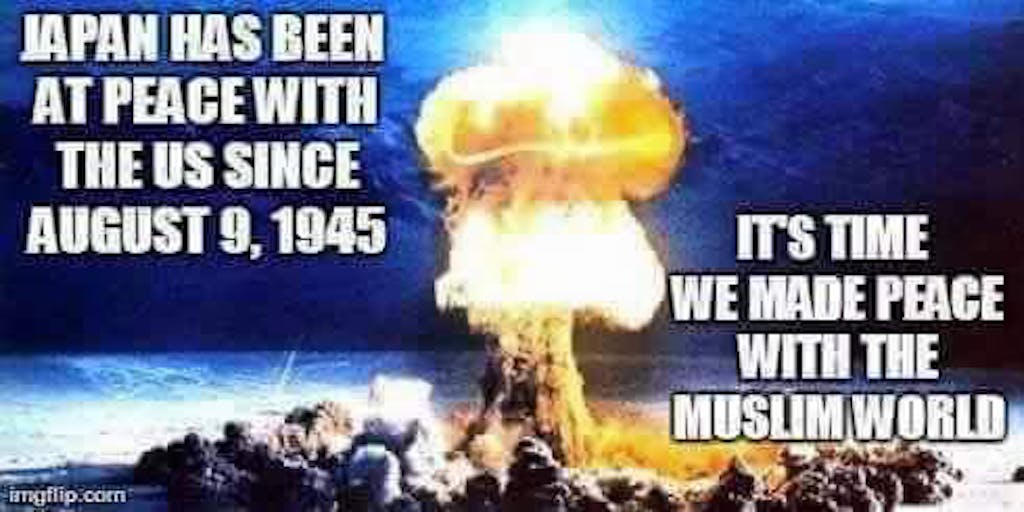 As Lauren McGaughey of the Houston Chronicle reports:

Miller’s shared post had received 2,232 likes and more than 300 comments by mid-morning Monday. Most of the comments agreed with Miller’s post with only one or two users disagreeing or stating using atomic weapons would be a step too far. […]

Calls to the commission’s media line were not immediately returned Monday morning. An individual that picked up the telephone at Miller’s nursery in Stephenville stated he would be traveling in China for the next three weeks.

This is not the first time Miller has made controversial remarks about Muslims. At a Texas Public Policy Foundation forum in January, Miller said he was kept up at night over “long-range concerns as I hold those two grandbabies on my lap. I have to wonder, when they have grandbabies to hold in their lap, will we be a socialist country? Will we be a Muslim country? Are we doing enough?”

The image has since been deleted from Miller’s Facebook page, and McGaughey reports that his office hasn’t responded to request for comment — perhaps not a surprise, as the commissioner is currently in China on an eleven-day tour. In any case, it’s another viral move from a statewide officeholder, and it seems unlikely that it’ll be the last.