There were some serious storms last week in “Tornado Alley,” the stretch of the U.S. that extends from Wisconsin all the way down to parts of Texas. Tornados caused damage and destruction in Oklahoma and Wisconsin, tearing through towns and mobile home parks.

All of that probably sounds like a pretty cruddy week for most people, but not for storm chaser Alex Bartholomew, of Temple. Bartholomew not only encountered multiple tornadoes last Tuesday, but proposed to his girlfriend in the Panhandle town of McLean, stopping on the side of the road where he dropped to one knee and asked Britney Fox Cayton to marry him as a twister emerged about a mile away.

Bartholomew is an avid storm chaser; his YouTube channel features more than a dozen tornados and supercells he’s captured since 2014, and Cayton has been riding with him since the two began dating. “I’ve always wanted to indulge in the things he loves, and fall in love with the things he loves,” Cayton told KCEN. The storm they saw together last week was the first they’d experienced as a couple, and also the first that Bartholomew had seen this year. Bartholomew told the network that he bought the ring in March and has been waiting for the moment to “combine the two things [he] loves the most.”

We wish Bartholomew and Cayton all the best in celebrating their lives together, in front of whatever intense-looking weather backdrops they find themselves. 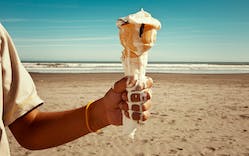 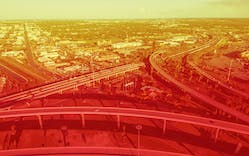 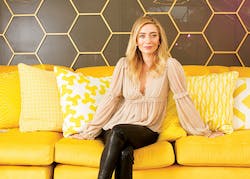 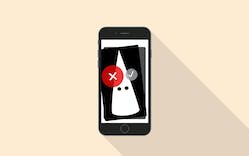