After a man opened fire at a country music concert in Las Vegas late Sunday night, killing 58 people and wounding over 500, Texans who witnessed the deadly mass shooting are reacting with disbelief, prayers, and a call for change in gun legislation.

Seguin Police Department’s Deputy Chief of Police Bruce Ure was at the Route 91 Music Festival when the shooting began, according to the Austin American-Statesman. He was injured during the shooting but later wrote on his personal Facebook page that he is OK. “I caught a piece of bullet shrapnel on my hand but minor,” Ure said on Facebook, according to the Statesman. “The shooter was 22 floors directly above our room. Rounds hitting the ground all around us. I am guessing 400-500 rounds. Maybe more. Sounded like a war zone.”

Danae Gibbs, a Lubbock resident who grew up in Cedar Park and recently graduated from Texas Tech University, was shot and wounded, according to the Lubbock Avalanche-Journal. “Pray for the Las Vegas shooting victims. My daughter is one of them. She’s in surgery and in need of prayers,” Darrell Gibbs posted on Facebook early Monday morning. A GoFundMe page has been set up to raise money toward Danae Gibbs’s medical bills.

Lubbock’s Josh Abbott Band performed at the festival hours before the shooting.

I'll never unhear those gunshots; and our band & crew will never forget how that moment made them feel. Our hearts are with all the victims

The band’s lead guitarist, Caleb Keeter, posted a lengthy note about the incident and how it affected him, changing his stance from advocating for gun rights to favoring gun control:

The band’s drummer, Edward Villanueva, recalled his experience after returning to Dallas on Monday morning. “Those gunshots when you hear that assault rifle right there outside of your bus, and the thought that goes through your mind is, ‘Wow, this is it,'” Villanueva told KVTV. “I called my mom, my dad, my wife, talked to them on the phone. Just told them this could be it. And then you could still hear the gunshots going on, rapid-fire, thinking it’s just right next to you.”

A Galveston couple, Mark Bethune and his wife Sherrell, were attending the concert to celebrate Mark’s fiftieth birthday when the shooting began. They had to sprint for an exit, “fleeing over grounds covered with huddled bodies, spilled drinks and discarded bottles,” the Houston Chronicle wrote, and hopped two fences before reaching the safety of their hotel. “It seemed like it would never end,” Mark Bethune told the Chronicle. “It was just chaos.”

Lifting up in prayer all impacted by last night's despicable shooting in Las Vegas & all 1st responders on the scene https://t.co/1Yb9NeHx9w

Praying for victims and families in #LasVegas If you are trying to locate family and friends, call 1-866-535-5654

Texas prays for all those affected by the senseless attack in Las Vegas. There is no place for this unspeakable violence in our society.

Thoughts and prayers are with those killed and injured in the deadly shooting in Las Vegas last night. https://t.co/3L0Kt4wVbR

Im praying for all affected by the devastating, senseless mass shooting in Las Vegas. My heart goes out to the victims and their families.

Sickened and heartbroken. My prayers are with the wounded & families of those killed. My gratitude to PD & first responders & volunteers.

We are praying for the victims and families of this horrific tragedy. Pray for Las Vegas. pic.twitter.com/5Z0iTkfHTy

We added the Nevada flag to the Governor's Mansion to show solidarity & sympathy with those harmed in Las Vegas. pic.twitter.com/FjmapWVdKX

The suspected shooter, Stephen Paddock, was found dead from a self-inflicted gunshot in his room on the thirty-second floor of the Mandalay Bay Resort, from where he is believed to have opened fire on the concert goers below. Paddock has numerous Texas ties. According to the Dallas Morning News, he lived in Mesquite during the late 1990s and early 2000s, where he managed an apartment complex. He did not accumulate a criminal record while in Mesquite, except for a traffic ticket.

Paddock’s mother lived in a home he owned in Mesquite, neighbors told the Fort Worth Star-Telegram. He would periodically check in on his mother but didn’t interact with the neighbors often. “He wasn’t very sociable,” Jorge Juertes, a neighbor who met Paddock only once, told the Telegram. “She [his mother] said he’s a bad boy.”

Paddock’s father has Texas ties as well. In 1968, Benjamin Hoskins Paddock escaped from La Tuna federal prison in El Paso, where he was serving time for robbing a bank in Arizona, according to the El Paso Times. He was added to the FBI’s Most Wanted list and was arrested in Oregon ten years later. The FBI wanted poster claimed he was diagnosed as psychopathic with suicidal tendencies, and he was considered armed and dangerous. 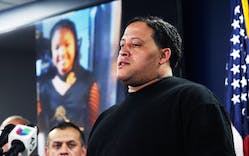 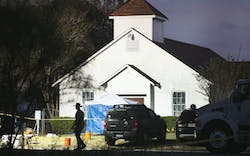 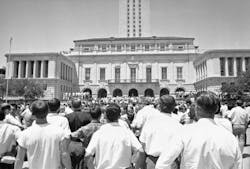