July 1, 2015, is a date that will live in infamy. The state of Texas was suddenly and deliberately attacked by the Twitter and blog forces of the New York Times Empire’s food section, whose heinous guacamole recipe is, without a doubt, one of the most alarming and disgusting weapons of mass destruction ever unleashed in the history of mankind:

Add green peas to your guacamole. Trust us. http://t.co/7imMY9c2ph pic.twitter.com/oeOMt2qgmh

With those eight words, and that horrid recipe, war was launched between the culinary forces of two great nations. Peagate had begun. So here is our plan of attack. It’s a simple one, but we believe it will be effective: We asked Texas-bred chefs living everywhere from San Antonio to Dallas to the very belly of the Gotham beast to chime in with amazing and breathtaking spins on classic New York dishes.

And we welcome contributions from more of you: take a New York classic, add one or two Texas ingredients, smugly tell the world to “trust you” and away we will go. Unlike pea-befouled guacamole, some of these dishes might even be edible, delicious even. You be the judge.

H-E-B’s director and chef of restaurants, Randy Evans, took a break from overseeing the launch of four H-E-B in-store eateries that will open this year (the first, Table 57, opened this spring in Houston) to whip up a Texan take on a New York-style dessert—and he took the etymology of “cheesecake” quite literally. It’s more savory than sugary (though the garnish might help if you’ve got a sweet tooth), but the chili con queso cheesecake is an ode to Texas’s favorite dip. But in cake form. 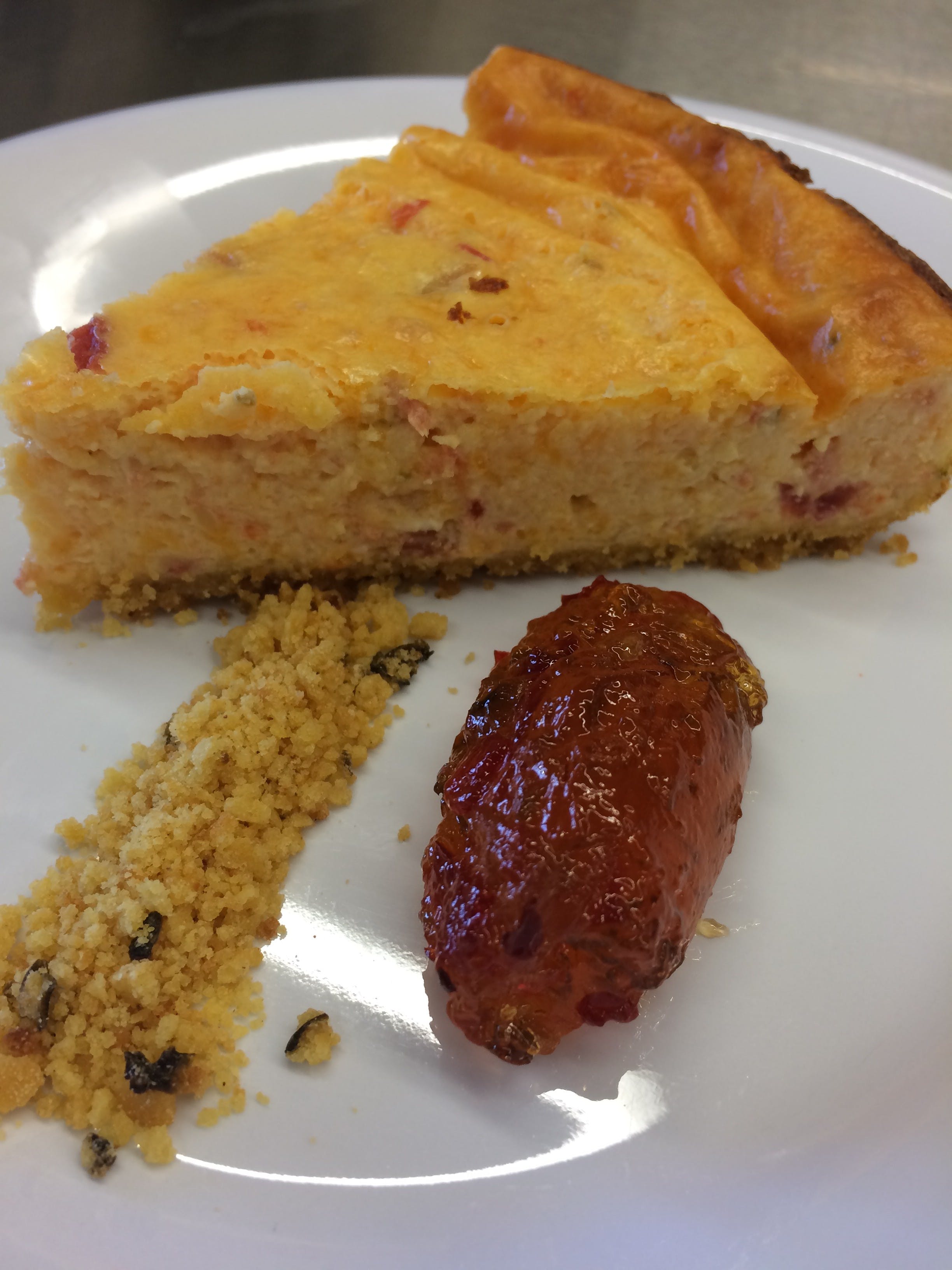 2. In a greased springform pan, press cornbread mixture onto bottom of pan forming a crust.

3. Place cream cheese and Velveeta in the bowl of an electric mixer and cream with a paddle attachment.

4. Add eggs one at a time to creamed cheeses, then add Rotel and shredded cheeses.

5. Pour mixer into springform pan and bake at 325 degrees for 45 minutes to an hour, or until set.

6. Remove from the oven and allow to cool. Serve with pepper jelly and cornbread crumbs.