When Mark Denning saw the frame of his new home for the first time earlier this month, the chronically homeless Amarillo man started to sob. “I’m getting my life back,” Denning told the Amarillo Globe-News. But there was something different about his home-to-be: it’s tiny. Denning’s new home is part of a new movement across Texas in which “tiny homes” are being used to house the homeless.

The benefits of housing the homeless in tiny homes are manifold: they’re cheap and quick to construct, aesthetically quaint, environmentally friendly, and save cities tens of thousands of dollars with each person who gets to live in one. Thanks to donations and volunteers, Denning’s home in Amarillo will cost just $2,000 for Yellow City Community Outreach, the non-profit organization building his tiny abode. According to the Globe-News, this is the first of many tiny homes Yellow City hopes to build in Amarillo.

Texas’s tiny-homes-for-the-homeless trend appears to have started in Austin, where an organization called Mobile Loaves & Fishes began construction on a 27-acre community of tiny homes in 2014. Now, the 140-home community seems like a true shining city on a hill, albeit a miniature one. The homes are about 180-square feet, and rent is as low as $225 per month. It’s a communal experience, with shared bathrooms and a large kitchen and dining space (though some of the tiny homes have their own bathroom and kitchen). There’s an outdoor movie theater run by Alamo Drafthouse, and a brand new medical center opened within the community late last month. About 80 residents have moved into the community since January, and Mobile Loaves & Fishes expects to reach its full capacity of 250 residents by mid-to-late-2017.

“The pace is unhurried, and the conversation is congenial and open, everyone managing to do their respective jobs and tasks while maintaining genuine interest in what each has to say,” Curbed Austin wrote in May. “When one takes in the homey surroundings, pastoral setting, friendly hum of activity, and colorful, mildly eccentric décor, the next thought is often wistful and a smidge envious. Why wouldn’t someone want to live here?” 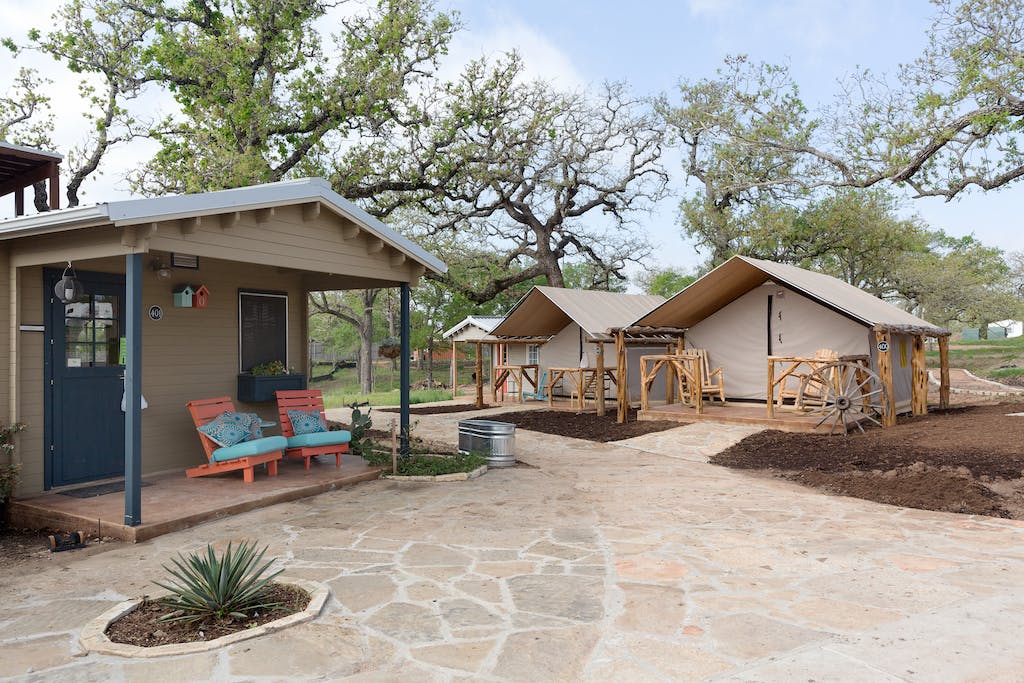 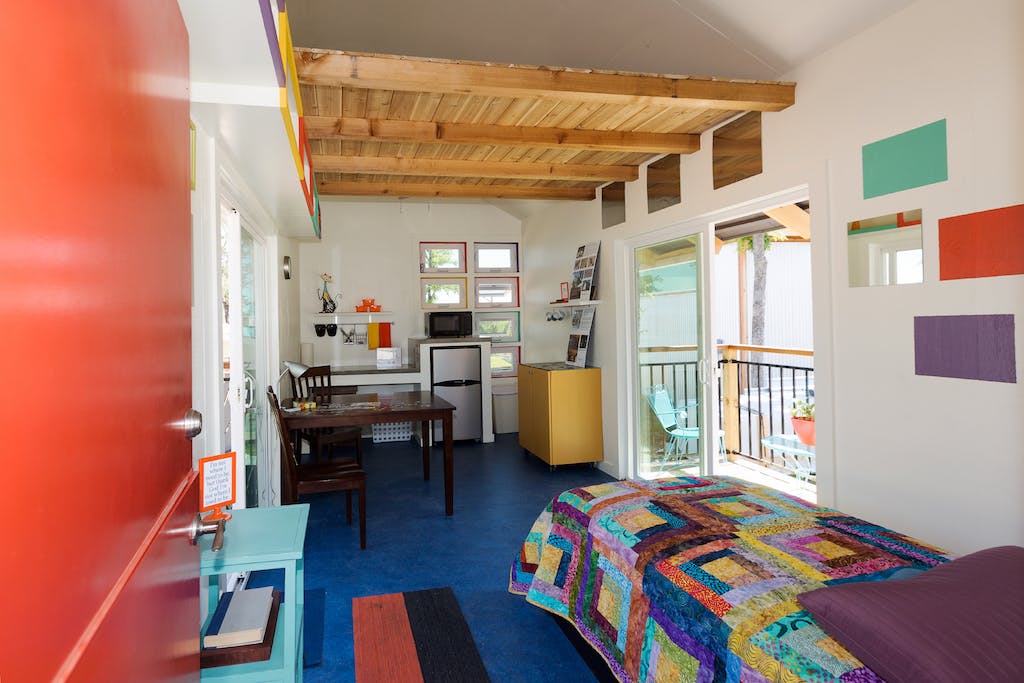 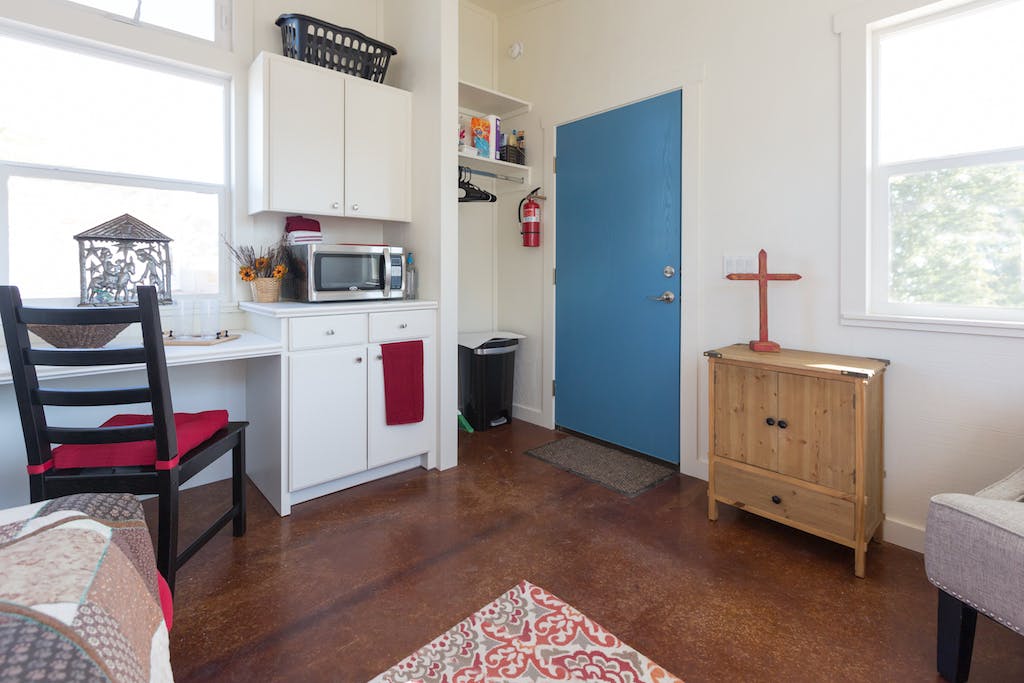 While Austin’s homeless population continues to rise, Mobile Loaves & Fishes says the tiny home program has an 87 percent success rate of keeping people housed, and that success has inspired homeless outreach advocates everywhere from Albuquerque to Pittsburgh to look into the tiny-house approach to combatting homelessness. The idea has also spread to Dallas, which opened “The Cottages at Hickory Crossing,” a community of tiny homes for the homeless, in September. Dallas has historically been woefully inadequate at handling its homeless crisis—the city has shut down several massive tent cities in the past few months, and the situation has gotten so bad that Mayor Mike Rawlings recently said that he’s considering housing the homeless in an old jail—so the tiny house community could be a game-changer, particularly in light of the city’s goal to get 600 homeless people off the street by the end of the year.

Twelve of the planned village’s 50 tiny homes were completed in early September, and residents were expected to start moving in later that month. The total price tag of the tiny house project was $6.8 million, but homeless advocates say that’s a bargain, based on estimates that each person who moves into the cottages would cost the city $40,000 a year while living on the street, compared to less than $15,000 while living in a permanent home with easy access to supportive services. “The answer to homelessness is homes,” Rawlings said at the village’s grand opening, according to the Dallas Morning News. Particularly tiny ones, it seems.