When an ACLU spokesperson declared that “Texas is really the outlier” when it comes to legislation on domestic drone usage, she wasn’t joking. That’s what advocacy and policy strategist Allie Bohm told Fox News about the law that went into effect on September 1st, and compared to the most of the other states that have laws regarding the use of drones, Texas’ legislation is really pretty radical.

The biggest difference between the law in Texas—as opposed to Florida, Illinois, Montana, Oregon, and Tennessee—deals with precisely who’s restricted from using unmanned surveilance drones. In those states, the bills explicitly outlaw the use of drones by law enforcement. Montana’s reads that “in any prosecution or proceeding within the state of Montana, information from an unmanned aerial vehicle is not admissible as evidence” without a warrant; the title of the bills that passed in Florida and Tennessee were the “Freedom from Unwarranted Surveilance Act.” Texas, meanwhile, restricts the ability of private citizens from using unmanned aircraft to take pictures, with wide swathes of exceptions carved out for law enforcement.

According to the Fox story, Representative Lance Gooden (R-4) introduced the bill “to address concerns that ordinary Texans could use drones to spy on private property, as well as in response to fears that animal rights groups or environmentalists could keep tabs on livestock ranches or oil pipelines,” addressing the dual threat of peeping toms and snooping environmentalists in one fell swoop. Those concerned with the threat of a militarized police force surveiling them without proper warrants, meanwhile, may find themselves with a bit of Montana-envy. The full text of the Texas law features a laughably long “nonapplicability” section (38 exceptions!), which, in addition to some civilian exceptions (it’s legal to strop a digital camera onto a remote control helicopter to take pictures of your consenting girlfriend, if that’s y’all’s kink) carves out space for “reasonable suspicion,” a legal standard that falls short of that required to obtain a warrant.

Nearly every state in the union has considered drone legislation in recent years—only Colorado, Connecticut, Delaware, Louisiana, Mississippi, South Dakota, Utah, and Wisconsin have not—and it’s fair to assume that there’ll be pushed closer to passing in the states where the introduced bills have yet to come out of committee. Of the bills that have been introduced elsewhere, it’s nice to know that Texas isn’t the only state whose drone law reflects local quirks.

None of those are quite as depressingly hilarious as a Texas law that’s designed to protect oil pipelines from being photographed by environmentalists while allowing for law enforcement agencies to surveil citizens based on a legal standard that’s only one step up from a hunch, but our law at least also allows for drones to be used by “a Texas licensed real estate broker in connection with the marketing, sale, or financing of real property,” so at least somebody’s got the law working for them besides an increasingly militarized police force. 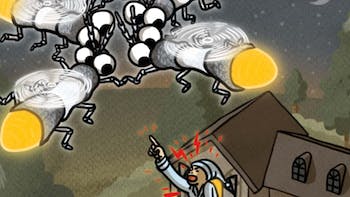 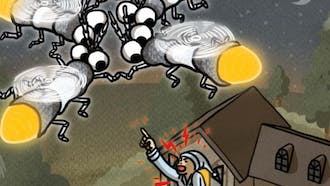 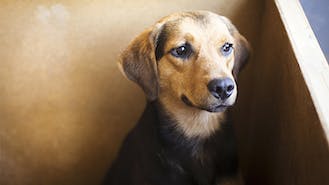 It’s a Bird, It’s a Plane, It’s a Dog-Locating Drone Flying Over Houston 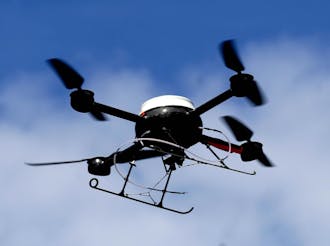