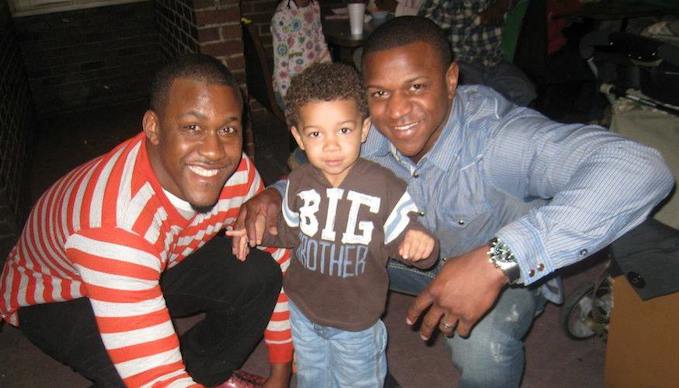 Last month, Alfred Wright—a 28-year-old physical therapist and married father of three—went missing in Sabine County shortly after his truck broke down. He called for a ride, but wasn’t there to receive it, and his clothes and possessions were found in a field nearby. There were questions at the time about how the Sabine County Sheriff’s Department handled the disappearance, given that Sheriff Tom Maddox called off the search a few days later, saying that “there is no evidence in this investigation that leads authorities to believe that there is foul play involved.”

Whether or not foul play was involved is still unclear, but we know what happened to Wright now: His body was found by friends and family on November 25, near the spot where his things had been found.

Patrick Michels of the Texas Observer has been following up with Wright’s case since the story broke, and what he’s reported should make anyone suspicious:

[I]n the weeks since Wright’s body was discovered, his family has only grown more frustrated with local officials, and many community members have only grown more suspicious, as time passes with no new answers about Wright’s death.

This morning in Beaumont, dozens of concerned people from around Jasper, Beaumont and Houston joined Wright’s family and lawyers to discuss getting investigators from outside Texas to look into the case—and to hear the results of a second autopsy on Wright’s body.

“From what I can tell,” Grossman said this morning, “I disagree. I would not have put that statement, I see findings that are definitely suspicious for homicidal violence.” Though she said it was a “preliminary opinion” while she waits for photos from the original exam, Grossman said she had “a high index of suspicion that this is a homicide.”

Ryan MacLeod, an attorney at the firm, said Wright’s family was particularly frustrated that investigators have yet to ask for statements from family members or the volunteers who found Wright’s body. He said police have yet to search Wright’s truck. And it’s been two weeks since either the family or his firm have heard from local investigators or Texas Rangers about the case.

There are other details that don’t quite add up, as well—a piece of Wright’s medical scrubs were found cut in a perfect rectangle on a barbed-wire fence, and a nearby camera was missing from its mount—which is why the family and its attorneys, along with others in the community, are calling for a federal investigation into Wright’s death.