Op-Ed of the Day

In case you missed it, WFAA’s sports anchor Dale Hansen delivered an epic on-air op-ed Monday, addressing NFL-ready star and Texas native Michael Sam’s announcement that he’s gay. The meta-journalists at Poyner caught up with Hansen yesterday, who said he figured he’d get a reaction from viewers, maybe a few dozen (mostly angry) emails. The end result: “Hansen’s gotten more than 1,000 e-mails from people in 16 states … maybe 30 of those e-mails do the railing.” Oh, and today, Hansen will be appearing on Ellen.

For all you Hipsters in Austin (so, most of the city), CultureMap has a wonderful display/map of all the “iconic street art celebrating love and heartbreak.” Art your heart out: 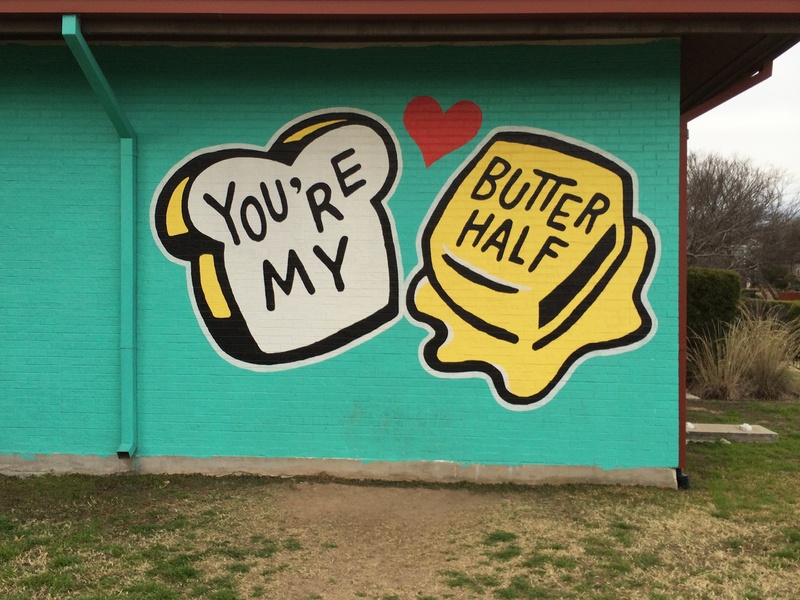 Unfriended For Life — The Houston Press has a fascinating, in-depth piece on Justin Carter, the eighteen-year-old whose admittedly very off-color joke has ruined his life. If you remember, Carter is the teen who, just two months after Sandy Hook, posted on Facebook that he wanted to shoot up a kindergarten. As the Press puts it, “Carter’s comments were part of a duel between dorks and may have had something to do with a game with strong dork appeal called League of Legends.” The “duel” (code for stupid, online “trash talking”) has led the now-nineteen-year-old to be charged with a felony punishable by two-to-ten years, hundreds of thousands in fines, bonds and penalties, and “brutal attacks in the Comal County Jail during the four months he was held there.” The state’s case is especially interesting, considering that it’s missing the full record of the comments he made online. For all the talk about “save the children,” the piece does a damn fine job of showing how we not only let some fall through the cracks, but push them on the way down.

Firestarter — As the same-sex marriage ban cases wind their way through the Texas courts, a different kind of marriage case is being ruled on in the state appeals court. Yesterday, the 13th Court of Appeals overturned a judge’s ruling that had voided the marriage of a “transgender woman who was denied benefits after her firefighter husband died in 2010 in the line of duty.” The case originally came to light when the firefighter’s mother and his ex-wife filed a lawsuit requesting that his estate should go to his two sons. The suit argued that the late firefigher was “conned” and had planned to leave Nikki Araguz because of her history, and that the marriage violates Texas’s ban on same-sex marriage. But Araguz had already “petitioned the 245th state District Court of Harris County to have her name changed [and] changed her birth certificate in California to change her gender to female,” and, she insists, her husband supported her decision to have surgery, which “she underwent…two months after they were married in 2008.”

With Viewers Like Who? — There is nothing more important to a proper childhood than making mud pies and watching Big Bird. And since the Texas drought has made the former nearly impossible, the latter must be protected. Unfortunately, the Rio Grande Valley’s only public television outlet is under threat of extinction. “The community was shocked when they recently learned that the station’s owner  … is selling KMBH to a mysterious Mexican businessman who plans to turn the station into a Spanish-language commercial broadcaster,” reports Texas Public Radio. A petition has been started to save the local PBS outlet from being tossed in Oscar the Grouch’s home.

Brown Be Mackin’ — Seen those billboards feature a large portrait of Mack Brown with words underneath that read “Class Act”? Well, turns out Mack is also a Cash Act: “Texas said Wednesday it has agreed to pay former coach Mack Brown $2.75 million that would have been owed him if he had been fired, and place him in a one-year, $500,000 job as a special assistant to the president for athletics,” according to ESPN. As anyone interested in modern-day sports will tell you: follow the money. The contract details reveal some interesting things. Namely, that “Brown had reportedly been negotiating for more money. Texas agreeing to pay Brown his severance buyout and give him the job raised the question whether he was fired or resigned and why he would get both options.” Now cash-flush, Brown’s new job will be to get the university even more money as well. It might be all about the game, but not one that involves the players you see on any given Saturday.

Gone to Texas to Go to Infinity and Beyond

‘If Experiment Works, Texas May Employ an Army of Firefighting Goats’

Together at Last: Abbott and the Nuge Go on Tour