There’ve been endless words spilled already about the changes that have happened in Austin, and there’ll be plenty more to come, at least until it’s all condos and vertical mixed use developments and anybody who knew any different is long gone. But sometimes a picture is worth a thousand of those words, and artist Reagan Ray’s project The Signs Of Austin captures the capital landmark signage that advertised to the world that restaurants and bars existed before Yelp searches.

Some of the signs Ray that captured are businesses that are long gone, but others are still kicking it in an Austin that’s pretty different from the one in which they set up shop. We collected a handful of the Ray’s simple, minimalist designs along with photos of the actual signs that they’re based on to recall the changing aesthetics of the city.

Las Manitas Avenue Cafe was a Congress Avenue institution for decades, serving Central American breakfast in the morning (eggs, black beans, fried plantain, and sour cream) and offering veggie chorizo alongside flautas on its lunch menu. It was bulldozed in 2008 to make room for the new J.W. Marriott in downtown Austin, leading to a battle that Gary Cartwright characterized in Texas Monthly as one “for Austin’s soul.” The blade that extended over the block recalls a different era of Austin.

Marc Katz’s Delicatessen was a landmark on West Sixth Street. The iconography was so embedded in the city, in fact, that Katz tried to capitalize on it in a failed mayoral race in the early 2000’s. And the legend went beyond a sign—some still lament the fact that the restaurant’s Fifth Avenue Pie is but a memory (feel free to post the recipe in the comments, former Katz’s kitchen staff!). Katz’s was famous for being one of the few New York-style delis in Austin, a place where people who worked the night shift could get a cocktail early in the morning, and for providing never-ending pickles. The landscape of West Sixth has changed since Katz’s day (it shut down in 2011)—these days, the bar scene trumps the dining scene, and Katz’s isn’t the only eatery to close. 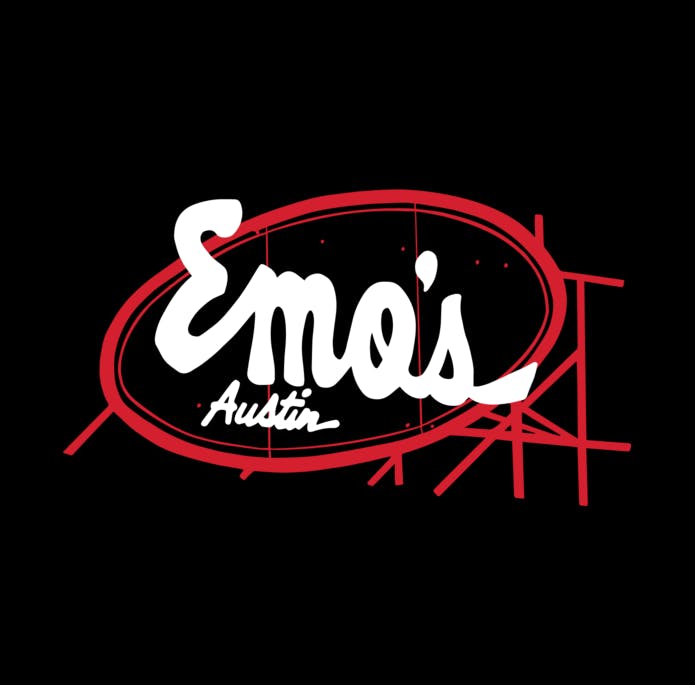 Emo’s technically still exists, but the massive venue hosting occasional rock shows on East Riverside Drive is a far cry from the dingy all-ages bar that cemented Red River as Austin’s live music strip in the 90’s. Emo’s closed its doors on Red River in 2011 after owner Frank Hendrix sold the space and then sold the Riverside property to C3 Presents two years later. Except for its zombie revival as a music venue during SXSW each year, the old Emo’s remains empty. Much of the spirit of Emo’s lives on up the block at Mohawk, booked by former Emo’s promoter Graham Williams’s Transmission Entertainment—but they don’t have this sign. 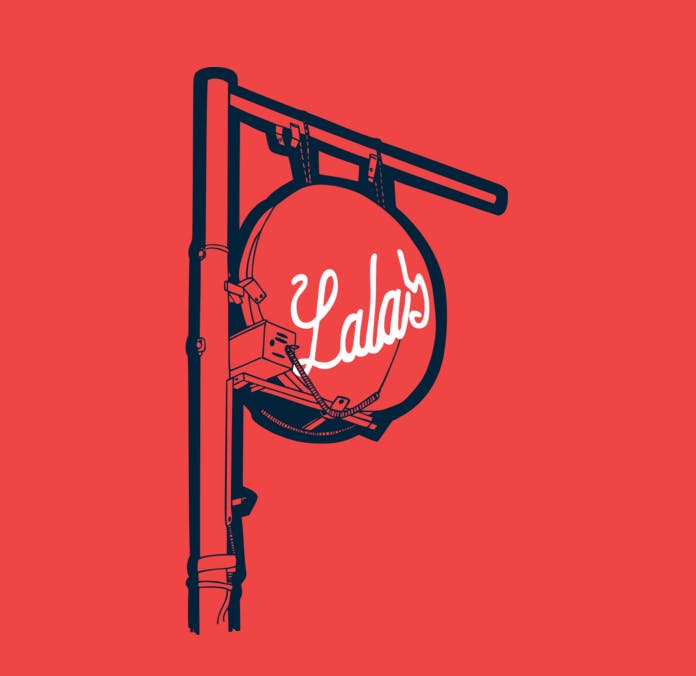 Lala’s Little Nugget is still kicking on North Burnet—though fans of the Christmas-themed bar experienced a scare back in September when it briefly closed before being reopened by FBR Management (which also operates Stubb’s, Star Bar, and the Mean-Eyed Cat). So far, the spirit of Lala’s is still intact under the new ownership—as is the sign. 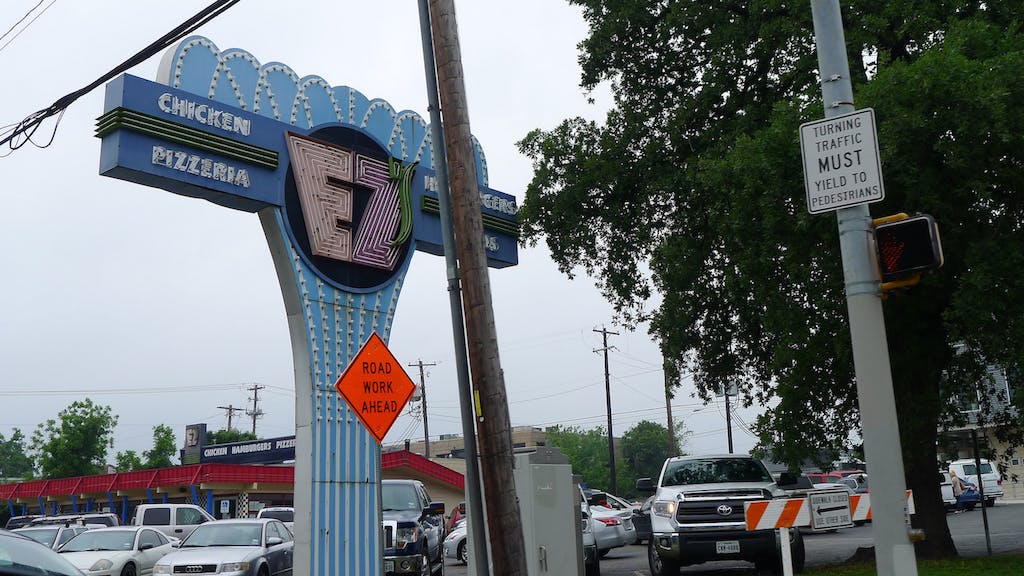 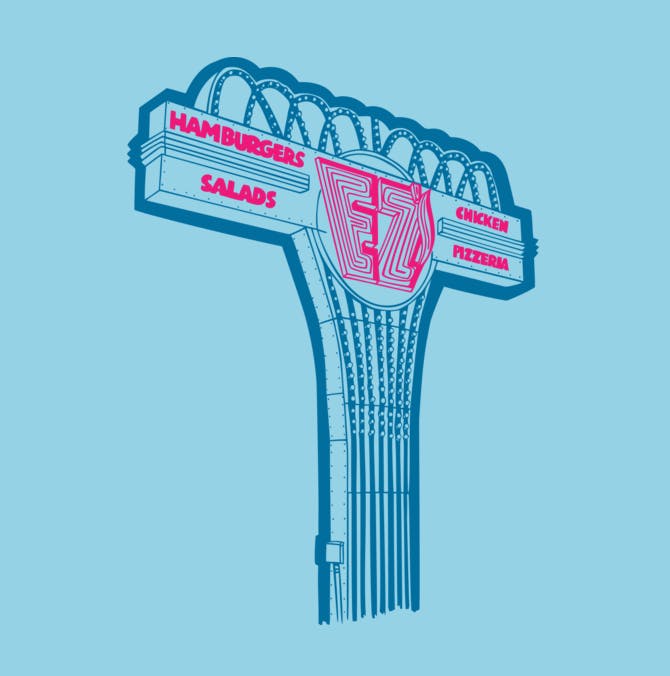 EZ’s is still around, too—which delights fans of the Friday Night Lights TV series who know the restaurant was a favorite celebration spot for the Dillion Panthers. In fact, very little has changed at EZ’s since opening in the early nineties. The restaurant is still part of a small San Antonio-based chain, and serves traditional diner fare that fits its aesthetic—as well as pizza, fish, and other items that are a bit more off-brand. The area around EZ’s on North Lamar is changing rapidly—its neighbors these days include Uchiko and a new mixed-use development that’s launching with upscale Denver-based brunch spot Snooze—but when your eyes are clear and your hearts are full, you can still celebrate the “can’t lose” at EZ’s. 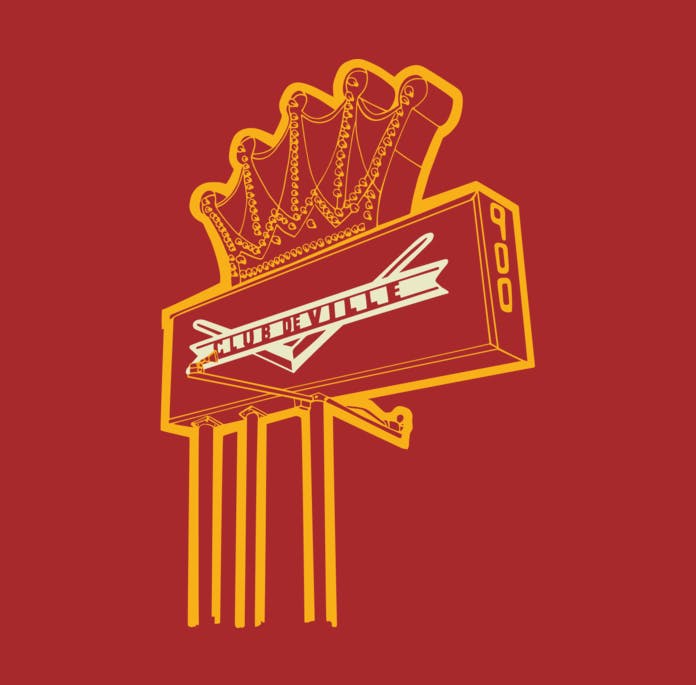 Club de Ville gave way to Cheer Up Charlie’s, in the long-running shuffle game this side of Red River’s live music strip. De Ville managed to last a dozen years in its spot before being driven out by rising rent, though the space’s new resident faces threats of its own. Still, though Club de Ville survived as neighbors like Elixir Lounge and Velvet Spade cycled through various concepts, ultimately time claims even the businesses with the most memorable signs.