On Monday, a shocking stabbing incident—believed by police to have been carried out without discernible motive—ended with one person killed and three others injured at the University of Texas at Austin campus. (Later that afternoon, an unrelated stabbing happened in the nearby West Campus neighborhood, without life-threatening consequences.)

On Tuesday, a student at Brewer High School in Fort Worth’s White Settlement school district was the victim of yet another stabbing. The victim, an unidentified sixteen-year-old, was stabbed in the throat by another student, an eighteen-year-old, during the school’s lunch period. Details are scant, but the suspect is in custody and the victim is in the hospital. The injuries have been described as “serious, but not life-threatening.”

On Wednesday, Irving’s North Lake College was the scene of a tragic and violent incident on campus. This time, the weapon was a gun, not a knife, and an hour after the university went into lockdown, the suspect—who has not yet been unidentified—was found dead on the scene, along with the victim, in what police are describing as a murder-suicide. It’s unclear at the present time what relationship, if any, existed between the man who is believed to have committed the murder and the woman he killed. North Lake, a community college with a student enrollment of 11,000, canceled classes for the remainder of the day and all day on Thursday, though the threat is believed to have passed.

We will update this post as necessary and as more details become available. 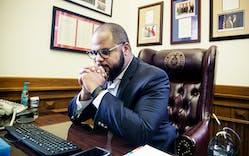 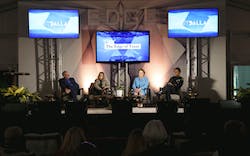 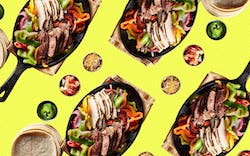 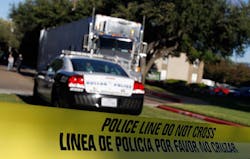