James McMurtry, the Austin singer-songwriter, is generally regarded as a political force. His George W. Bush-era rant “We Can’t Make It Here” was a Camp Casey classic. But on his new album out Tuesday, Complicated Game, McMurtry trades in the electric guitar for the acoustic and his gritty murmur for delicate enunciation to create a batch of mostly tender songs about the people and places he’s encountered while touring. Get an advance listen of one such track below in a never-before-seen video of McMurtry performing in the studio.

“I kind of backed off from the straight-out political stuff, which I never did that much of anyway,” McMurtry said. “I don’t really like to get on a soapbox. I like to weave social commentary into my songs and once in a while remind you that we’ve got a war going on.”

Complicated Game, McMurtry’s first studio album in six years (though he wrote most of the songs in the last two years), was recorded in New Orleans and features a bunch of backing musicians, including Ivan Neville (Aaron Neville’s multi-instrumentalist son), Benmont Tench (keyboardist for Tom Petty and the Heartbreakers), and Derek Trucks (formerly a guitarist in the Allman Brothers Band). There are four banjo players, including his son, Curtis, who plays on the opening track, “Copper Canteen,” sampled here.

McMurtry hatched the song after playing the Steel Bridge Songfest, in Sturgeon Bay, Wisconsin. The annual June event benefits an old steel drawbridge that got stuck part of the way down and needed fixing and ongoing maintenance. “That’s the first time I ever heard the term ‘bridge tender,’ which is the guy who makes the drawbridge go up and down,” McMurtry said. “And that was really the seed for the whole song.”

McMurtry self-produced his past five albums, but for this one he enlisted the producers C.C. Adcock, whose Lil’ Band O’ Gold recently backed Robert Plant on tour, and Mike Napolitano, husband of the folk singer Ani DiFranco. They in turn brought in the vocal coach David Forman. “We wanted to take it a little further than I’d taken it before,” McMurtry said. “That one song ‘She Loves Me,’ where it kind of breaks into falsetto a little bit—I’ve never used that before.” Forman’s advice to McMurtry was to “let your belly hang out” while singing. “My live shows have improved since then,” McMurtry said. 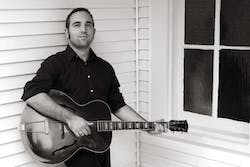 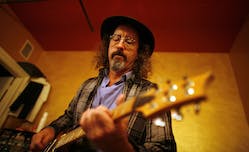