For a small North Texas town, Sulphur Springs has some unexpected ideas about how to revive its downtown. Weird, unconventional public art projects seem to be the provenance of “Keep ____ Weird” spots like Marfa and Austin, but in 2013, Sulphur Springs’ glass-walled porta-potty was a finalist for the nation’s Best Restroom. (The restroom’s walls are made one-way mirrors, so people using the toilet can see out, but people walking past can’t see in.) As whimsical ways to get your name out there, it’s not the crappiest idea anybody has ever had — but the oddities that the Sulphur Springs’ Downtown Revitalization Board will accept in its art do not extend to friendly, anthropomorphic potatoes.

That’s something that Sherry Cotten, owner of Potato House restaurant in downtown Sulphur Springs, is learning the hard way after the board determined that her restaurant’s mascot — a medium-sized sign painted and cut out to resemble a happy potato in a bowtie, a chef’s hat, and sneakers — wasn’t up to its standards. Cotten was told to take her potato down, and quickly fought the order with an appeal. As KLTV reports:

“I have been to the council with it, I have appealed it. I can’t get a response other than maybe he’s too fat, too brown and they want him down,” Sherry says. “It doesn’t beautify Sulphur Springs, which he’s very clean, he’s not in the way of anybody, he’s not a tripping hazard.”

It’s hanging about five feet up and has become a popular picture prop recently, even making appearances on Facebook. Brittney Jones is a regular and likes the Potato Man.

“I just don’t agree with them at all. I don’t see why that’s beautiful compared to our glass bathrooms and the other things they decided to put down here on the square,” Brittney stated.

Indeed, it is difficult to understand how a city that embraces glass bathrooms — a bit of clever weirdness that we are absolutely in favor of — decides to draw the line of good taste and beautification at the Potato Man outside of Cotten’s restaurant. Cotten, for her part, says that she hasn’t been able to get any answers prior to her hearing next week, but she believes that if the Potato Man better conformed to the board’s preconceptions of what a potato should look like, all of this would be avoided. “Who determines what color and how big a potato comes out of the ground?” she asked KLTV, adding that this is as much a matter of principle as it is about her personal attachment to the big fella. “That is a lot of my issue,” she told the station. “I feel if I take him down today, then that means I agree with them, and I don’t agree with them.”

For a decade, Potato House was a mainstay of Sulphur Springs. It closed several years ago and reopened under Cotten earlier this year, serving up “simple potatoes” with butter, sour cream, and cheese or sweet potatoes with cinnamon, marshmallows, and butter. They also offer a variety of “special potatoes” named after figures like James Dean (cheddar, pepperjack, swiss, and butter) and Marilyn Monroe (hot links, cheese, and butter), or I Love Lucy stars Lucy and Dezi (broccoli and cheese or taco meat, cheese, butter, and picante sauce, respectively). Visitors can also pick up an uncut potato to “take home for a nice steak,” according to the menu.

In the end, the matter will be settled by the Downtown Revitalization Board, which possesses the sole authority to preserve or end the life of the Potato Man. Here’s hoping he gets a stay of execution and continues to welcome visitors to the restaurant for years to come.

Update: Brittney Jones wrote into Texas Monthly after this post was published to reiterate her support for the Potato Man. 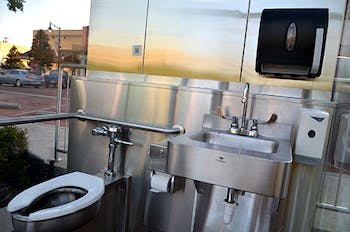 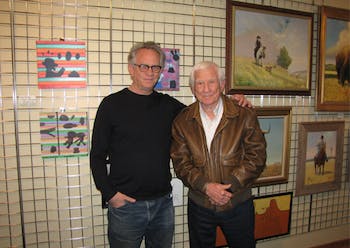 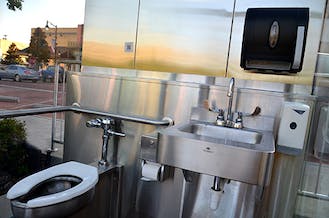 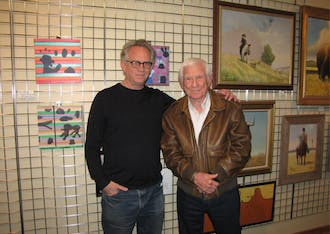