If you live in one of the booming cities in Texas—Austin, San Antonio, Plano, Dallas, or Fort Worth—you’re probably aware that the rent is getting to be too damn high. The trend on rental costs in those cities has been on the upswing for a while now, and it hasn’t slowed down: In each of those cities, the average rental cost from January 2015 to January 2016 has increased significantly faster than the statewide average of 3.6 percent. That’s just one of the takeaways in this “Rentonomics” report from the real estate website ApartmentList.com.

Although the statewide average increase in rent is 3.6 percent over the past twelve months, the cost of living in Austin has spiked considerably, more than double the average, to 7.8 percent. It’s not a whole lot better in Plano, either, where the spike is 5.9 percent. Dallas (4.8 percent), San Antonio (4.6 percent), and Fort Worth (4.1 percent) also outstrip the average rate of growth.

Austin’s rent might be growing at the fastest rate, but it’s not the city with the most expensive apartments. That distinction falls to Addison, where the median price of a two-bedroom apartment is a whopping $1,620. The DFW Metroplex generally is full of some of the priciest apartments in the entire state—Dallas proper averages $1,560 a month, while Flower Mound apartments average $1,530. (Frisco and Little Elm both hover right around $1,500 a month.) Austin, meanwhile, comes in at $1,470 a month.

That’s a 2016 number, though, and the rate of growth suggests that it’ll continue to climb sharply. If that growth rate remains steady over the next twelve months, Austin’s median rent for a two-bedroom could butt up close to $1,600—more than the average rent in Houston ($1,520), which grew at a much more modest 2.6 percent over the past year.

Of course, there are good deals to be found. Rent in the most expensive cities in Texas might be around $1,500 or more a month, but in some of the cheaper parts of the state, it’s a whole lot lower.

In the Killeen area, for example, you’ll pay about a third for a two-bedroom apartment as you’d pay in Addison. Copperas Cove is the cheapest in the dataset at $550 a month, but Harker Heights ($650) and Killeen proper ($600) are in the same ballpark. In the Rio Grande Valley, meanwhile, you’re looking at around $700 a month—Brownsville, Edinburg, and Harlingen are all between $690 and $730 a month, proving that it’s not even an issue of Upper/Lower Valley for the rental costs.

But there’s also more money to be had in the DFW Metroplex than there is in Killeen or the Valley. The median household income in Addison is just over $57,000—while that number for Killeen is around $45,000, and $40,000 in Edinburg. The disparity between the two figures is pretty different—you might pay almost 300 percent more in rent in Addison than in Killeen, while you make less than 25 percent more—but at the end of the day (or, uh, year), you’re taking home almost the exact same in Addison as your are in Killeen.

In the Valley, meanwhile, paying $700 a month for a two-bedroom apartment on a $40,000 a year income is proportionally low—you pay 20 percent of your income in rent, while someone in Addison pays closer to a third. But the real disparity here is that a person in the Valley who makes the median annual income and pays the median rent for a two-bedroom apartment takes home $31,600 a year after they’ve paid the landlord. In Addison, meanwhile, that $1,620 a month still leaves someone making $57,000 a year with $37,560 after the rent is paid. That’s an extra $500 a month, even after they pay the crazy rent. 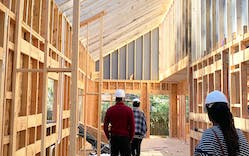 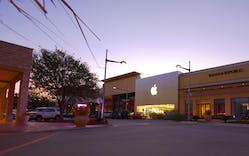 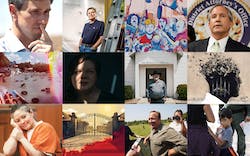