As 2016 wraps up, it’s hard not to be struck by how much news Texas made when it came to abortion access, on both a local and national level. And, as we move forward into a new year—and an upcoming legislative session—it appears more and more likely that the state will continue to make headlines over this very subject.

Let’s review what happened over the course of 2016.

A controversial report made headlines
In February, a report published in the New England Journal of Medicine found that after Planned Parenthood was removed from the Women’s Health Program (the state’s Medicaid-funded program) in 2013, there was a decrease in claims for long-acting reversible contraceptives through state-funded programs, and the pregnancy rate among low-income women in the state increased by 27 percent.

Yet the report was not without its own controversy. After it was published, Rick Allgeyer, a research director at the Texas Health and Human Services Commission who worked on the report along with researchers from University of Texas at Austin’s Population Research Center, left his position at the commission after facing disciplinary action. State officials launched complaints about Allgeyer’s involvement in what they deemed to be a biased study since he and another co-worker, Imelda Flores-Vazquez, reportedly didn’t inform their supervisors of their participation in the research. Bryan Black, a spokesperson for the health commission, told the Texas Tribune that it’s against policy for the state employees to conduct other work without permission. Following a request from Karen Ray, chief counsel for the commission, the New England Journal of Medicine issued a correction to the report that the views expressed in the report “do not necessarily represent the views or policies of the Texas Health and Human Services Commission.” Ray, along with Chris Traylor, then head of the commission, raised concerns about the findings of the report. Notes the Tribune:

“The article presents an incomplete picture of women’s health services in Texas by ignoring the movement of clients to other state programs and focusing on only one contraceptive device,” Ray wrote. “We also believe the article includes incorrect statements concerning the birth rate and number of births in Texas.”

Joseph Potter, one of the UT researchers who co-authored the study, said in an email that the paper addressed the “specific question” of how the exclusion of Planned Parenthood from the Texas Women’s Health Program affected women. Nothing raised in Traylor’s letter, he said, contradicted the researchers’ conclusions.

The U.S. Supreme Court struck down parts of HB2
In June, Texas’s omnibus abortion law—known as House Bill 2, or HB2—completed its long journey through the court system with a 5-3 U.S. Supreme Court decision stating the law’s requirements for abortion clinics in Texas did nothing to improve women’s health as Texas officials claimed it would. Instead, SCOTUS decided, the law placed an “undue burden” on women and clinics by not providing the “medical benefits sufficient to justify the burdens upon access that each imposes,” Justice Stephen Breyer wrote. The parts of the law that were struck down required abortion clinics to meet physical hospital standards such as minimum door sizes and piping for anesthesia—expensive updates that many clinics could not afford—and for doctors at clinics to have hospital admitting privileges. The law, which went into effect in 2013, had already resulted in the closure of more than half of the 42 abortion clinics in Texas before the ruling.

Rules were introduced about how to dispose of fetal remains
The ink had barely dried on the Supreme Court decision before Texas lawmakers moved forward with another policy that could potentially restrict abortion access: fetal tissue disposal rules that would require medical facilities performing abortions to either bury or inter fetal tissue remains rather than dispose of them in sanitary landfills as is done with other medical waste. On July 1, Abbott published the rules in the Texas Register, citing the “value and dignity of all life” and kicking off the first period of public comments. Anti-abortion and pro-choice activists weighed in on the matter, along with funeral directors and medical professionals, resulting in about 35,000 public comments over the course of two comment periods. Despite input from medical professionals about the lack of medical- or health-related justification for the rules, and concerns from funeral directors of the logistics and costs of burials and cremations, the Texas Health and Human Services Commission adopted the rules in November. According to the new rules, women who have miscarriages or abortions at home would not be required to follow these new rules.

A week before the rule’s scheduled implementation date of December 19, the Center for Reproductive Rights filed a lawsuit against the state, postponing the implementation. In a press release, Nancy Northup, the president and CEO of the center, described the rules as “a new low in Texas’ long history of denying women the respect that they deserve to make their own decision about their lives and their healthcare.” Whole Woman’s Health, a lead plaintiff in the lawsuit against HB2, is also a plaintiff in this lawsuit. In her statement, Amy Hagstrom-Miller, president and CEO of the clinic, pointed out the announcement of the regulations came days after the Supreme Court’s decision in June and stated that clinic was continuing their “history of fighting restrictions that are deeply rooted in shaming and stigmatizing Texans.” Judge Sam Sparks postponed the effective date of the rules until January 6 when he makes his decision after hearing about five hours of arguments from both sides at hearings on January 3 and 4.

As the year wraps up, this is where Texas stands on abortion access: abortions can only be performed up to 20 weeks (with the exception of medical emergencies), minors under 18 need a parent or guardian’s consent to obtain an abortion, women are required to have a sonogram at least 24 hours before a surgical abortion (if they live within 100 miles of a clinic), and abortion providers are required to read patients Texas’ “A Woman’s Right To Know” pamphlet, which includes information such as medically unsupported claims about the connection between abortion and breast cancer risks.

Even before this year’s round of setbacks and challenges to abortion access in the state, Texas was already behind California and other states with comparative populations in availability of clinics. According to Guttmacher Institute, in 2011, when there were just 46 abortion clinics in Texas (the second most populated state in the U.S.), there were 160 clinics in California (the most populated state), 94 clinics in New York, and 72 clinics in Florida. Although HB2 was struck down, there were consequences before the Court made its ruling; the legislation resulted in the shutdown of a number of clinics, meaning that Texas women now have access to 19 clinics throughout state. The remaining clinics are clustered around major cities such as Houston, Dallas, Austin, and San Antonio, leaving women in rural areas of the state with even fewer options.

The emotional and—still unclarified—financial burdens of required fetal tissue burials would have been another obstacle to add to that list, but the decision on those rules will have to wait until 2017. Whether or not Planned Parenthood will still be able to provide non-abortion related health care services to Texas women also remains to be seen. We can only anticipate what other actions will be taken with regards to abortion access and women’s health in Texas in the new year. 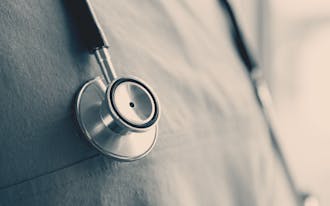 Undocumented Teenager Gets Abortion in Texas After Month-Long Court Battle 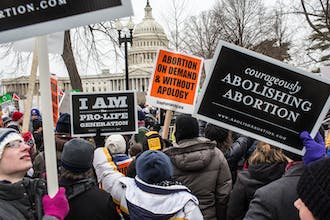 Feminism, Pro-lifers, and the Women’s March 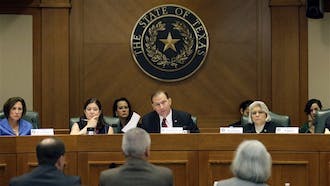 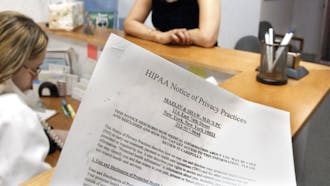