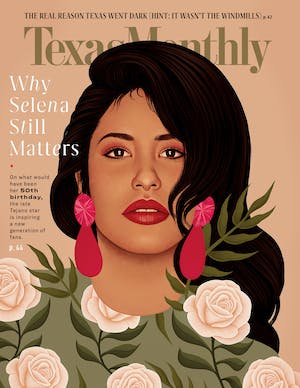 I read the article on hunting exotics by Wes Ferguson [“Aoudads and Bongos and Zebras, Oh My!,” February 2021], and I greatly admired his writing and the balance given to the subject. However, I cannot see how such ranches can be viewed positively. The owners have created an amusement park, but instead of popping a balloon with a water pistol, you shoot an animal. There’s no hunting anywhere, at least nothing I can recognize. My father once told me that you can justify anything as long as you keep telling yourself it’s justified—like the argument that an animal dying by a bullet is better than it being killed by a lion. It’s an irrelevant choice since the environment is carefully prepared and the animals are waiting for the guests. I have thought long about it, and I keep coming back to an image in my mind of arriving at Brackenridge Park, in San Antonio, or Hermann Park, in Houston, and heading over to the zoo, bringing my own rifle or being given one at the gate, and shooting something. I can’t see a difference other than the animals having a bigger fence.
Craig Vinson, Houston

Thanks for the article on Walter Prescott Webb [“A Historian’s History,” February 2021]. It revived an ancient memory. While I was registering for classes during the 1959 spring semester at the University of Texas at Austin, Professor Joe B. Frantz advised me to take a seminar with Professor Webb because Webb was retiring from teaching, and the listed seminar would be his last. The first night left me unimpressed. Webb was not a dynamic speaker. By way of introduction, he recapitulated his prior publications and the epiphany that led to The Great Plains. It seemed as if Webb had run out of themes. He was either searching for a new one or retirement was beckoning. Then one night Webb read something he had written, for a speech he’d be presenting, and the uninspiring speaker became an articulate one. It sounded like something he’d dashed off in an inspirational moment, but his secret to writing, I learned, was revising, rewriting, setting the work aside, and then doing it again until it read as if it were an inspired first draft. There was also a hidden lesson: good writing makes it easy to tolerate occasional flaws in analysis.
George R. Nielsen, Rapid City, South Dakota

I had an uncle from Forney who died a couple of years ago. He loved western literature and had a great collection of Webb and J. Frank Dobie, and two books of leisurely Texas stories by a writer I had never heard of named Ed Syers. They represent a time and era—and not necessarily the one they were writing about—and past generations loved them. Very few things age well, though I’ll admit that it’s a rabbit hole to define decades-old output based upon modern cultural evolution. They are testaments, cherished by my late uncle from his reading chair in his comfortable rural home. I will eventually read all of those books, and I will have a better understanding of past generations.
Chris Wilson, Dallas 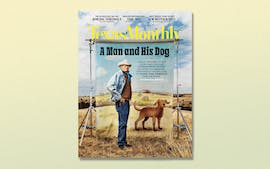 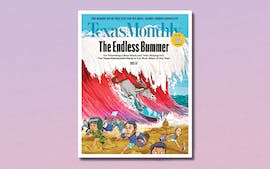 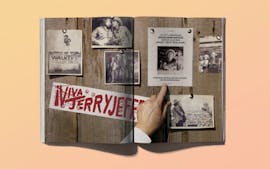 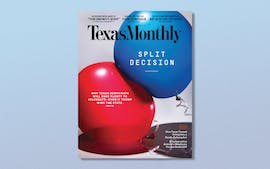 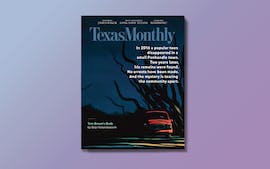 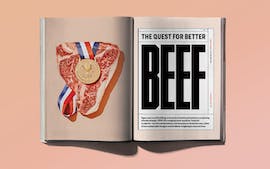