John Quincy Adams is widely—and perhaps apocryphally—quoted as saying, “I am a warrior so that my son may be a merchant so that his son may be a poet.” It’s a noble sentiment, but what if one of your parents is already a distinguished writer? In the case of Peter Holley, our new Houston bureau chief, you become a fine storyteller in your own right.

An Austin native and seventh-generation Texan, Peter joined Texas Monthly at the end of December to cover our state’s most important city, as well as business and entrepreneurship statewide. He has since published engaging stories on our website about everything from the self-driving trucks that are rolling into Texas to data that indicate Houston’s cost of living may now rival that of New York City.

For the past five years, Peter worked for the Washington Post, focusing most recently on innovation and technology. He earlier reported for the paper from Afghanistan and Iraq, as well as from Houston after Hurricane Harvey. Before joining the Post, Peter worked for Houstonia magazine, the Houston Chronicle, and the San Antonio Express-News. He earned his B.A. in law and society from American University, in Washington, D.C., and his M.S. in journalism from Columbia University. But well before that, he was, in a sense, home-schooled. “Some people grow up with a dad who teaches them to tune an engine,” Peter says. “Mine taught me to trim the fat off a bloated paragraph.”

Peter’s father, Joe Holley, has worked at some of the same papers his son has worked for, including the Post, the Express-News, and the Chronicle, where he and a colleague were named Pulitzer Prize finalists for their editorial writing. At the Houston paper, he writes the “Native Texan” column, a beloved examination of our state’s colorful small towns. Joe was a frequent contributor to Texas Monthly in the nineties, and we’re pleased to have lured him back, starting with his story in our February issue about three towns whose wealthy benefactors are helping them defy the trend of rural decline.

In March, our website will feature an excerpt of Joe’s new book, Sutherland Springs: God, Guns, and Hope in a Texas Town (Hachette Books, March 17), about the town where, two years ago, a shooter killed 26 churchgoers. Joe describes how, upon hearing the news, he drove to Sutherland Springs from Austin and gravitated toward a candlelit prayer vigil. There, someone tapped him on the shoulder. It was Peter, who had been visiting relatives in Kerrville and, like his dad, rode toward the sound of the guns, and covered the story for the Post. “I was proud to watch him work,” Joe says. Peter felt the same way about his dad.

I hope you enjoy Peter’s work and Joe’s, and the other stories on our website and in our magazine. 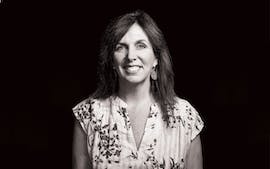 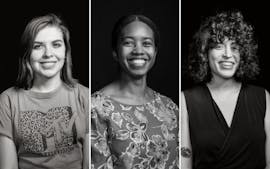 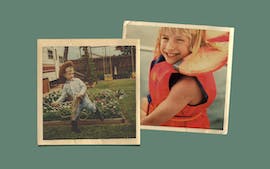 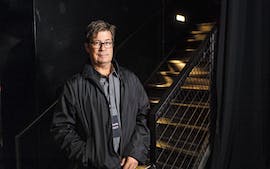 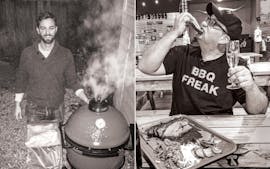