A veteran journalist with more than three decades of newsroom experience will become the eighth editor in chief of Texas Monthly, announced Paul Hobby of Genesis Park LP, the magazine’s owner.

Dan Goodgame, who has served as editor of Fortune Small Business magazine, and was a White House correspondent and Washington bureau chief for Time magazine, will take the helm of Texas Monthly effective January 28, Hobby said. He succeeds interim editor in chief Rich Oppel.

“I have hoped we could get Dan Goodgame to join us for a couple of years,” Hobby said of the appointment, which was announced to the staff Monday morning. “The stars have now aligned, and I could not be more pleased. Dan is a proven editor, a decorated journalist, and an honest-to-goodness Rhodes scholar. More importantly, he is a gentleman with a curious mind and poetry in his soul. This is a wonderful milestone in the history of Texas Monthly.”

“I’ve been a fan of Texas Monthly for thirty years and am honored to join this talented group of journalists, at a time when quality journalism faces great challenges and opportunities,” Goodgame said. “The magazine in print has long been the number one source for timely storytelling about Texas, and it has the opportunity to become just as indispensable online and through events that help bring its journalism to life.”

He has edited some of the biggest names in journalism over the past half century, including David Halberstam, Arthur Schlesinger, Richard Ben Cramer, and the famed investigative team of Don Bartlett and Jim Steele.

Goodgame also said he is proud to have been mentored by some of the industry’s best, including Gene Miller, Hugh Sidey, Walter Isaacson, and Willie Morris.

A native of Pascagoula, Mississippi, Goodgame earned a Bachelor of Arts degree at Ole Miss and was a Rhodes scholar, studying at Oxford University. He began his journalism career in 1975 as a night police reporter for the Tampa Tribune. He went on to work for the Miami Herald, eventually becoming a correspondent in the Middle East and Europe covering three different wars: Israel-Lebanon, Iran-Iraq, and the Falklands. During his stint at the Herald, Goodgame was a leader of a team of reporters that were named Pulitzer finalists for their work about a sharp rise in police brutality by a small cadre of officers on the Miami and Metro forces.

He joined Time Inc. in 1984 after eight years with the Miami Herald and served as Time’s Los Angeles bureau chief before moving to Washington in 1988. He went on to become a White House correspondent for four years before becoming the Washington bureau chief in 1993. In 2000 Goodgame became the editor of Fortune Small Business, a start-up magazine aimed at small business owners. He retired from Time Inc. in 2008 after a 24-year tenure there and became a communications consultant for eighteen months. One of his clients, Rackspace, asked him to join their company full-time.

He is married to retired journalist, educator, and librarian Marcia Logan, who worked for People magazine.

Goodgame takes the helm of Texas Monthly as the magazine, like the industry, struggles with how to best monetize digital journalism. He also steps into a newsroom that has had a period of tumult. Oppel became interim editor in chief last May, after briefly serving as the magazine’s ombudsman when controversy flared over a report by the Columbia Journalism Review that dating app Bumble had promised a $25,000 media push to promote a Texas Monthly cover story that included Bumble CEO Whitney Wolfe Herd. Both Hobby and Texas Monthly’s then editor, Tim Taliaferro, deny any deal was made with the tech company. 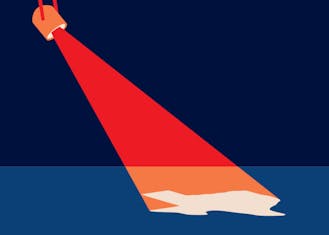