Hey. I’m heading to Austin at the end of July and—having worked at Philadelphia magazine for a few years—I figured reaching out to you would be the best way to figure out what to do.

A few college friends and I will be visiting a buddy and his wife for a long weekend (most of us get in Thursday morning). Is there a cultural/historical/enriching event/museum/experience that we shouldn’t miss?

Note: We’ll be staying in South Congress and, considering that we’re millennials, antiquing feels fiscally irresponsible/unappealing. Also, I wouldn’t hate it if you recommended a hip date spot that won’t feel like a total cliché.

Jeez. I know that’s a lot. Sorry for the lack of brevity.

A Fan From Philly

Hey! I apologize in advance for going a little stream-of-consciousness here, but a few suggestions…

Since you’ll be in the South Congress area, I’ll start there.

Micheladas in the leafy and incomparably hip courtyard of Hotel San Jose, one of my favorite staycation spots.

An iced turbo (coffee) at the walk-up spot Jo’s, which usually has a line but also live music on Sundays.

Yellow cheese Tex-Mex at Guero’s, where the margaritas are strong and the odds of a celeb sighting are high.

You’ll undoubtedly want to duck into as many shops as possible, if just for quick air-conditioned escapes from the Texas heat. A few of my favorites: Allens Boots (I took about 25 visiting East Coasters here recently and they spent nearly two hours trying on boots; hysterical, to say the least). Yard Dog Folk Art (I lingered over local artist/musician Will Johnson’s text-heavy paintings of baseball greats on my last visit). Feathers Boutique (lots of vintage finds, so here’s your chance to pick up a pearl-snap shirt or three). South Congress Book Store (an indie book shop I love). And even though it’s technically an antiques store, you might consider a spin through Uncommon Objects just for kicks since it’s basically a museum filled with well-curated mini exhibits.

Now for the rest of Austin:

Swimming (with, fair warning, the masses, some of whom will be topless and/or under-shaven!) at Barton Springs ($3, open till 10 pm, but closed Thursdays). The smaller Deep Eddy is more my speed; closes at 9 and is just round the corner from Deep Eddy Caberet, one of Austin’s classic dive bars. If Austin had an official sport, I’d say it’s stand-up paddling on Lady Bird Lake (formerly Town Lake, as a lot of folks still refer to it as), and there are several outfitters, like this one and this one.

If you’re a huge BBQ fan/foodie, consider waiting in the (in)famous 2-hour line at Franklin’s for what I (and, lookie there, Texas Monthly!) think is the best BBQ in Texas. La Barbecue, a trailer on S. 1st, is also highly recommended.

And I’d be remiss not to mention a few tried-but-true tourist attractions:

Watching the bats fly out at dusk from under the Congress Avenue Bridge.

Having a shot on “dirty 6th” Street. (For those of us who aren’t underage college students, I suggest dinner at Parkside, one of the best restaurants in town, instead. The same chef runs the tiny pizza joint, Backspace, just behind Parkside.)

Two-stepping at the Broken Spoke, though I have to warn you that I haven’t been since this happened.

Browsing the 80,000-sq-foot Whole Foods flagship, which, for some reason, all of my out-of-town guests love to do (it is, at least, close to two spots with way-above-average burgers: Counter Cafe – $11 straight-up tiny diner – and Clark’s – $15, and yes, it’s primarily a fancy oyster bar).

A little farther flung, but climbing the 100 (or whatever) steps up Mount Bonnell to take in the view of wealthy Austinites’ lake houses (luckily, the old-school, slightly crotchety, beer-only, cash-only Dry Creek bar isn’t far.)

As for museums, we’ve got the Blanton and the contemporary AMOA/Arthouse [news alert: it’s just been renamed the Contemporary Austin], among others. Since I’m a word nerd, I’m partial to the Ransom Center, on the UT campus; I’ve been meaning ot go see their latest exhibit, “Literature and Sport,” which is up till August 4.

As for a hip/not cliché date spot, try Elizabeth Street Cafe (French Vietnamese) or Sway (Australian-style Thai, if you can believe that?!; they’re next to each other on S. 1st). Back on South Congress there’s Perla’s, a seafood and oyster bar that’s near the famed live music venue the Continental Club. Second Bar + Kitchen on Congress is another idea (you can walk over after seeing the bats do their thing).

Definitely recommend a swing through East Austin too. A spot over there that I didn’t mention in my recent column but absolutely love is Contigo, especially for Sunday brunch (all outdoor seating, btw, so I hope you can handle the Texas heat!). 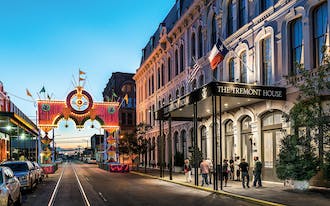 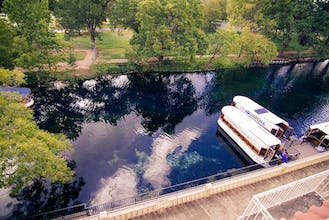 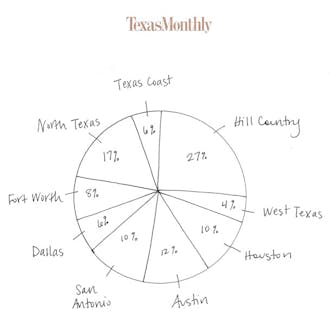 Ask the Wanderer: Best Texas Town to Live In? (The Votes Are In!) 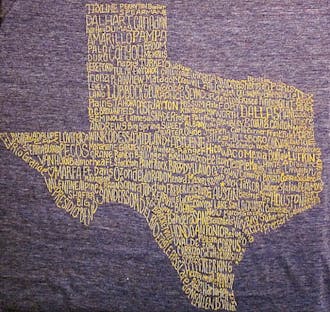 Ask The Wanderer: Best Texas Town to Live In?