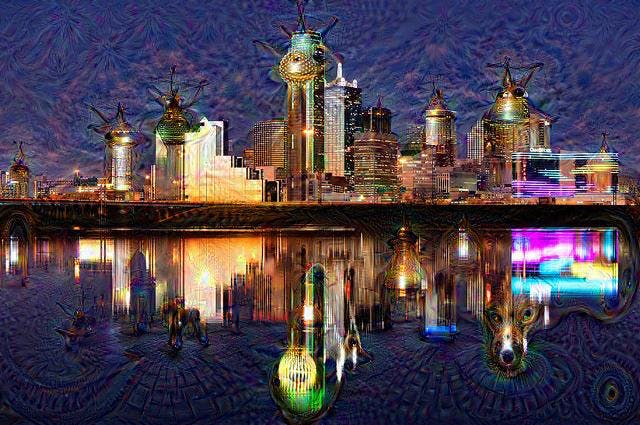 This time last year, I was leaving the Cotton Bowl along with thousands of football fans who’d made the annual pilgrimage to watch the 106th Red River Rivalry, one of the highlights of the State Fair of Texas. While throngs of UT fans were making a beeline for the parking lot, dejected after their loss (a scene that was played out again today), I noticed many of the OU faithful heading straight for the fried food stands, eager to celebrate their victory by eating something—anything, everything—dipped in batter and dunked in hot oil. Naturally, I joined them. (Full disclosure: Although I am a native Texan and, thus, feel obligated to root for the home team even though I did not attend UT, my brother is a faithful OU alumnus, and I feel obligated to extend my unconditional sibling support even though he decided to go to school in Oklahoma. Plus, I went to school in Illinois, so I have no room to talk.) In between yells of “Boomer!,” the celebratory Sooners popped doughy balls of fried beer into their mouths and hoisted paper boats filled with golden Oreos into the air like they were brandishing the Golden Hat itself.

Two of my friends, one of whom had never been to Texas before, had flown in from Boston for the weekend, and I could see the cautious excitement on their faces as we ordered fried grilled-cheese sandwiches, fried mashed potatoes, and fried Coke. But it wasn’t long till I sensed the mood begin to shift. The thrill of victory seemed to be dwindling as the grease began to settle in the Sooners’ stomachs. Cheers no longer drowned out the din of midway games. Smiles began to droop, and instead of back-slapping total strangers just because they were wearing crimson T-shirts, the Sooners were now clutching their own extended bellies. Perhaps because we had paced ourselves better (or perhaps because our adrenaline levels weren’t surging with the smugness that comes with thrashing a hated rival), my friends and I pressed on, ordering fried Snickers, fried boudin balls, and a Fletcher’s Corny Dog, which has been described, rightfully, as “the magnum opus of fair food.”As the Sooners trudged to the exits, I couldn’t help but feel a little bit sorry for them. They may have won the ballgame, but they had lost sight of an important truism: “Blessed are they who maintain intestinal fortitude, for true victory will be theirs.” The three of us pooled our remaining tickets to buy one last item: fried bubble gum, one of the year’s new delicacies. We each took one of the small pink balls drizzled with blue icing and Chiclets, and, on the count of three, bit into the goopy, squishy treat. Suddenly, I knew what defeat tasted like.

To this day, I still get a little queasy when thinking about the State Fair’s vast array of fried foods, which only get more outlandish every year, but they’re part of a Texas tradition that I won’t soon give up. So, who wants to bring me a fried bacon cinnamon roll?