Hello, Texas! Happy New Year! I’m not much of a resolution maker, but there is one commitment I heartily endorse year-round: to get out and explore as much of this great state of ours as I can.

I recently joined fellow Texas travel enthusiasts Chet Garner and Todd White—the host and producer, respectively, of “The Daytripper”—to talk about the places across the state that we most want to visit (or revisit) this year. You’ll have to listen to our gabfest—er, podcast—for all the details, but here’s a cheat sheet of some of the spots we’re itching to go to, as well as the classic Texas destinations we think you must resolve to see for yourself as soon as possible. 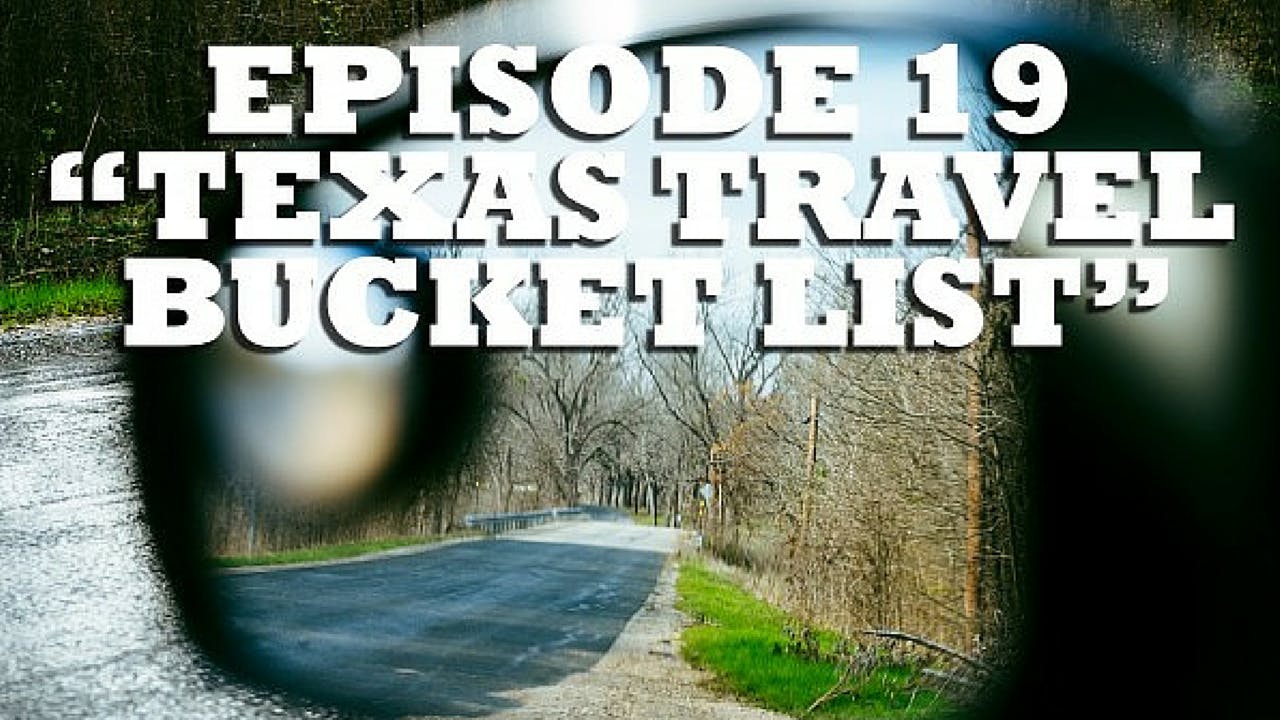 Chet and I are also resolving to go to a border town that neither of us have been to: Laredo. So, Laredo, you’ve been warned!

Oh, and the New York Times included one Texas destination on its list of “52 Places to Go in 2016.” Any guesses? (Hint: It’s a small town likely named for the heroine of Dostoyevsky’s The Brothers Karamazov and you can find our detailed trip guide here.)

Would love to hear what’s on your list for the year ahead. Happy travels, y’all.