I am not what you’d call naturally outdoorsy, but I like to pretend that I am, lest I miss out on the miles and miles (and miles) of natural beauty spread out across this state, from the desert mountain ranges of West Texas and the swampy splendor of East Texas to the dramatic topography of the Panhandle and unspoiled pockets of shoreline along the coast. So I’ve mined the Texas Monthly archives for half a dozen bucket list­—worthy adventures that will be inspiring my next forays into our great big beautiful backyard. 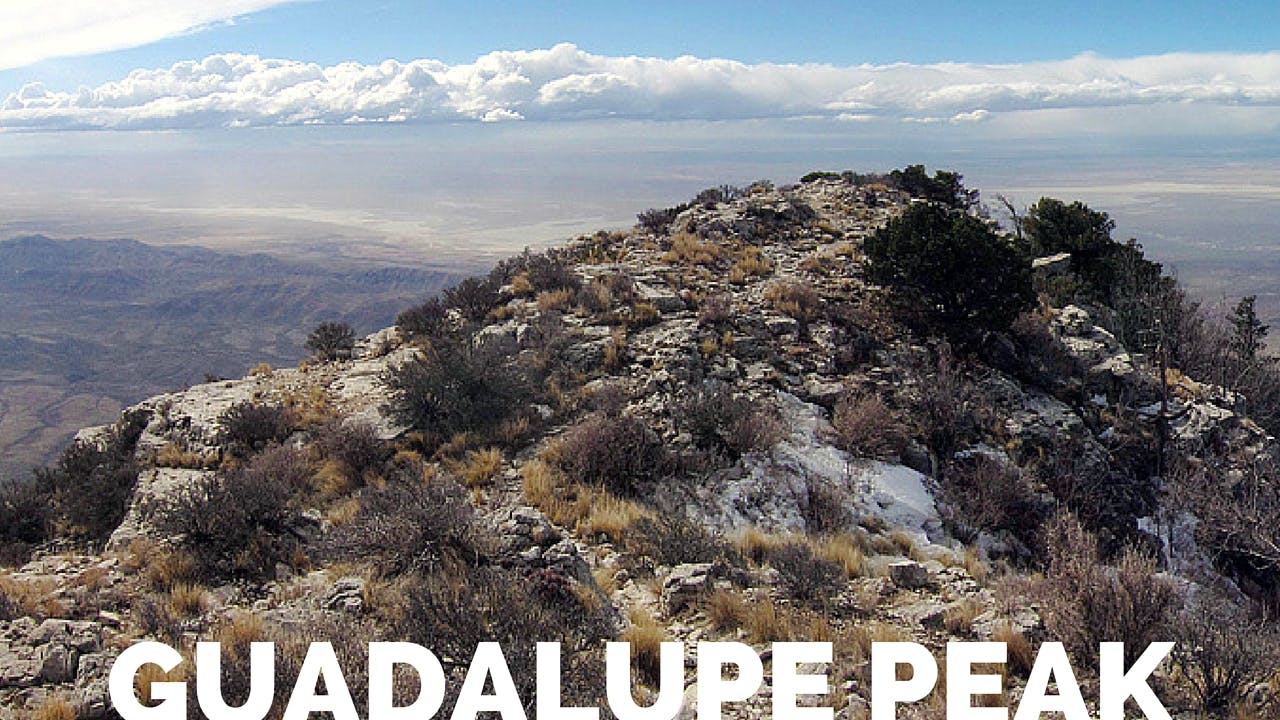 Why: Because the view from the 8,751-foot summit includes glimpses of Texas’ second- and third-highest points (Bush Mountain and Shumard Peak) and will more than offset the costs of the climb.

Inspired by: “Why Climb Guadalupe Peak?” by Sam Martin

There’s nothing quite like waking up and brushing your teeth at 7,300 feet above sea level after sleeping through a night’s worth of tornadoes. When the first thing you see is a one-hundred-mile view over the Chihuahuan Desert with the rising sun streaking colors on the horizon you know it’s going to be a good day.

Pro tip: Bring lots of water and prepare for an eight-and-a-half-mile round-trip trek that takes six to eight-hours. (For more details, download this TPWD pdf.) 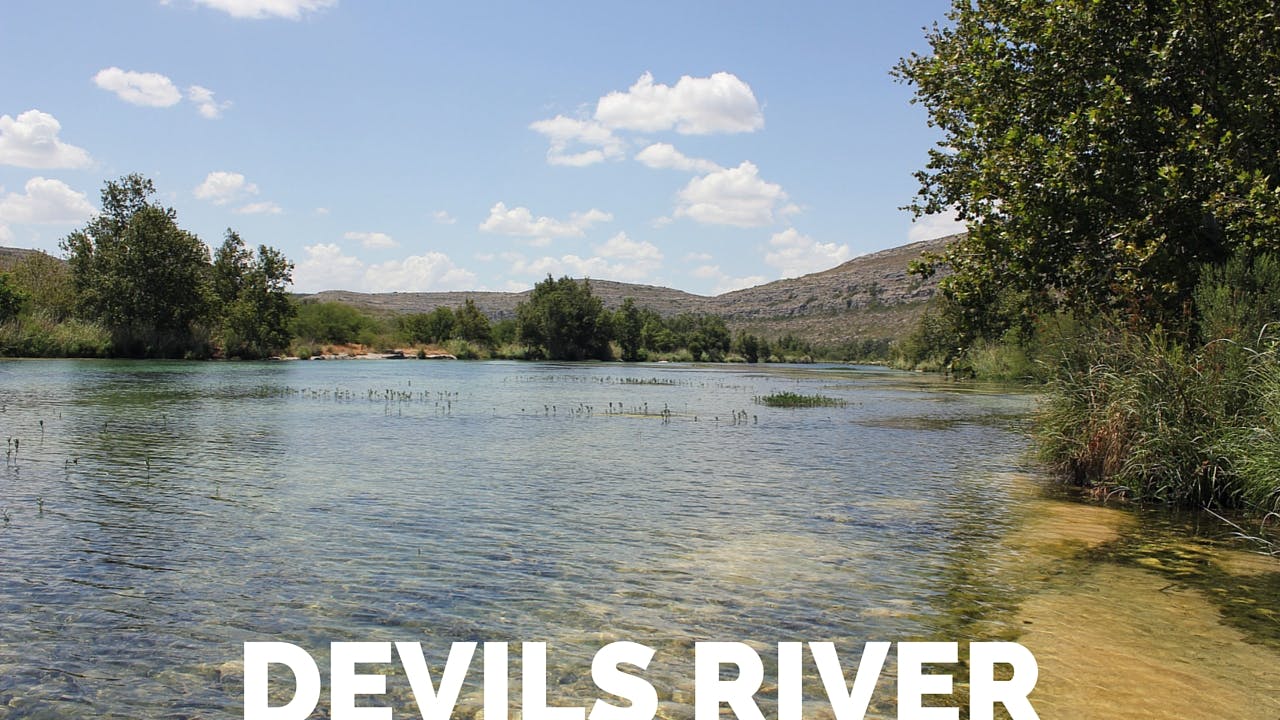 2. Southwest Texas: Paddle for your life (and major bragging points!) down the Devils River.

Why: Because fewer than several hundred people run this remote river each year.

Inspired by: “Run With the Devils,” by S.C. Gwynne

It was so physical, such a primal collision of river and rock and bone and sinew, that it had the effect of making the rest of the world disappear completely. For this entire day there was nothing in my mind but the river, the stark, chalky cliffs on our flanks, and the warm, flashing October sun overhead. It was, I realize now, a feeling of being very young again, of being back in a world where time meant nothing and the future was full of pure, wild possibility.

Pro tip: Before you go, acquaint yourself with the rules of the river (whatever you do, don’t even think about trespassing on the privately owned riverbanks) and with this TPWD paddler map. 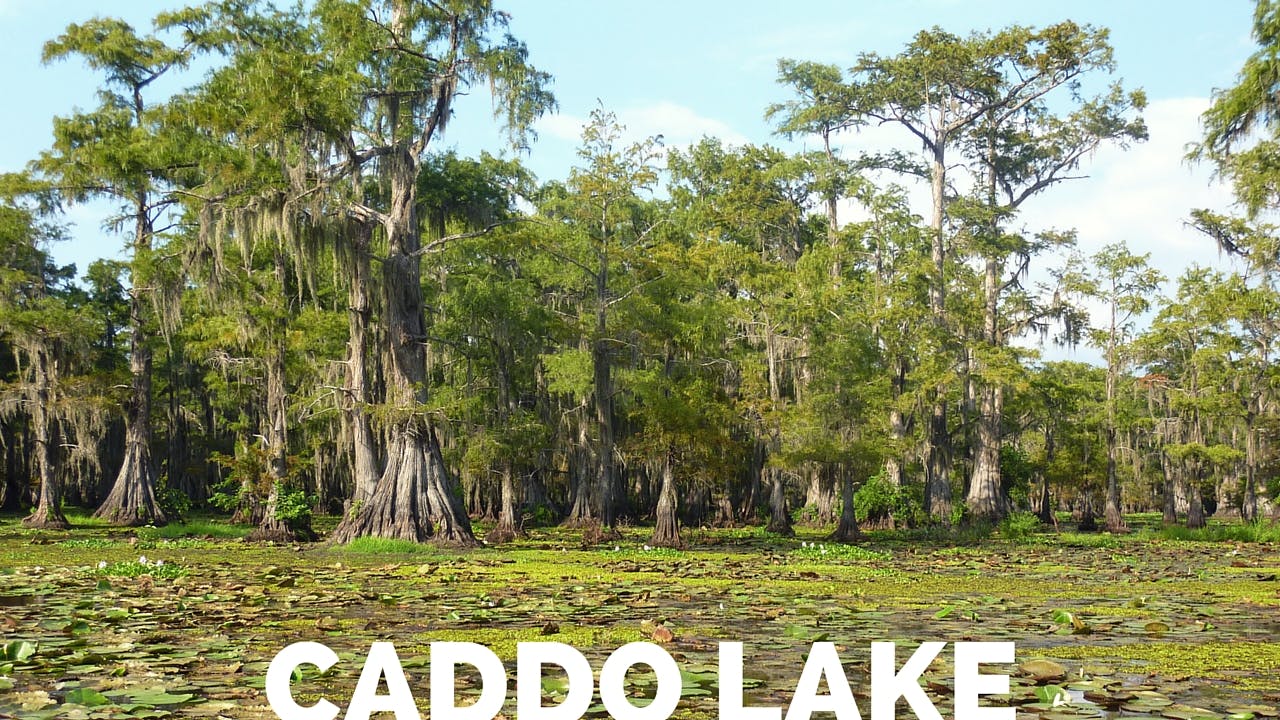 3. East Texas: Explore the cypress-lined sloughs and back bayous of Caddo Lake while keeping an eye out for gators.

Why: Because you’ll find yourself in awe of the swamp’s strange beauty as you cast for bass in the largest natural freshwater lake in the South.

Though at forty square miles it is considered the largest “natural” lake in the state, its water levels are in fact controlled by the Army Corps of Engineers. This hardly mattered to Ursula or me: in the maze of bayous, we felt as if we’d entered an old, unspoiled world. 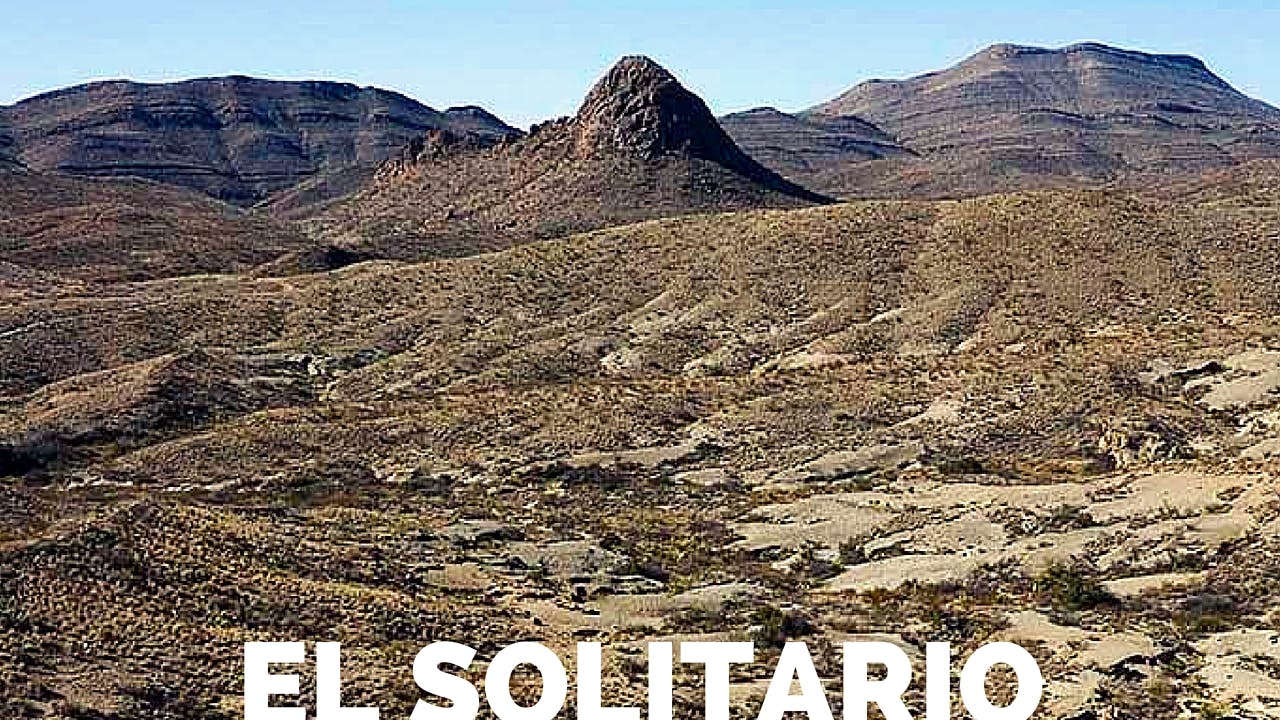 Why: Because silence and solitude are vastly underrated—and because you’ll be forced to switch off your screens.

Inspired by: Conversations with a Grasshopper by S.C. Gwynne

By my third day in the wilderness, something very unusual is clearly happening to me. The person I am on day three is already a vastly stripped-down version of the person who suffered his grievous night terrors on day one. The old circadian rhythms have disappeared; there is no trace of the endless sequence of minor activities and conversations that fill my normal day. I have nothing to do, and more important, I have no reason to do anything. I am adrift in an ocean of time.

Pro tip: You’ll need special permission from the state park, a guide with a high-clearance, four-wheel-drive vehicle, and intermediate to advanced survival skills. Otherwise, stick to day-use activities like hiking (or biking or horseback riding) the park’s 238 miles of trails. 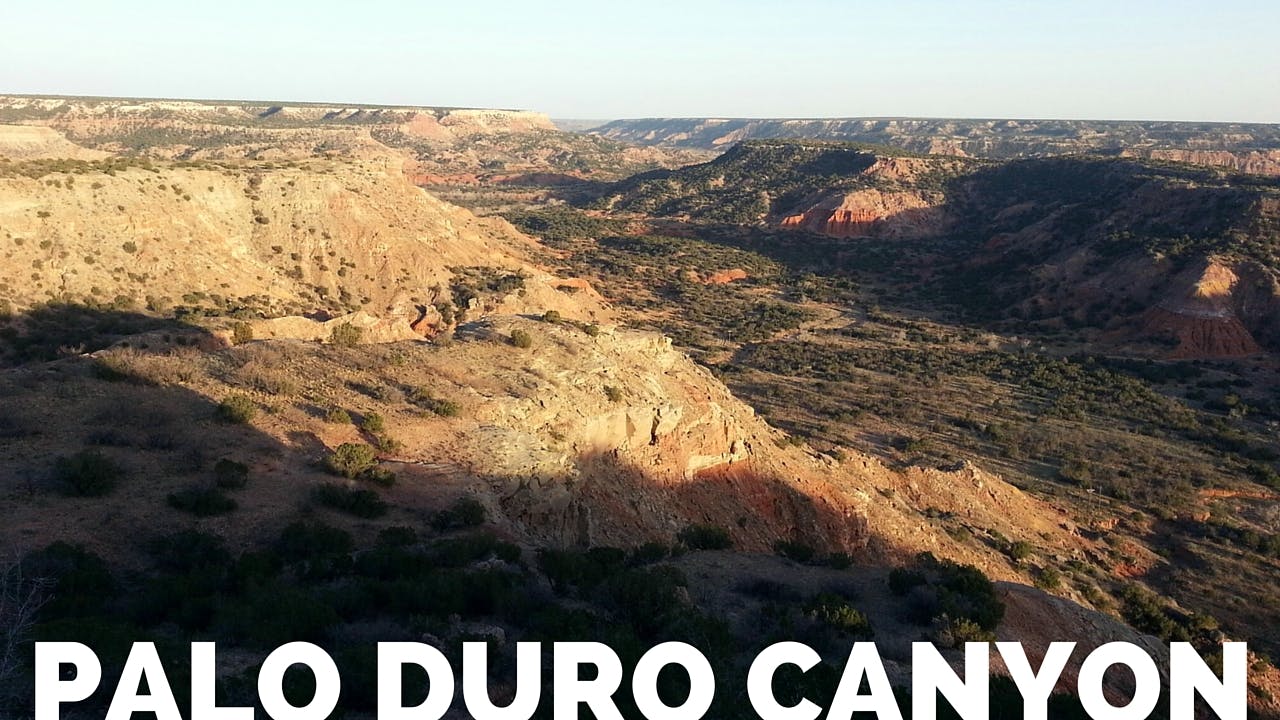 5. Panhandle: Deepen your appreciation for the country’s second-largest canyon as you hike through old Comanche stomping grounds in Palo Duro Canyon.

Why: Because the sixty-mile-long chasm provides “one of the most shocking moments of yin-yang landscape variation on the continent”—whether it’s your first visit or your fiftieth.

Inspired by: “A Grand Canyon” by Jan Reid

From a distance of three or four hundred yards, the horizon of pale grass may have shown its first sign of parting, a glimpse of the underlying caliche. And then, suddenly, he was on the stunning brink of it—a vast chasm extending thousands of yards across, a subsoil mountain range snaking and broadening in the distance for miles, dropping off from the prairie five hundred feet and more. Straight down.

Pro tip: Turn your trip into a family affair. And be sure to book one of the three cabins on the canyon’s rim well in advance. 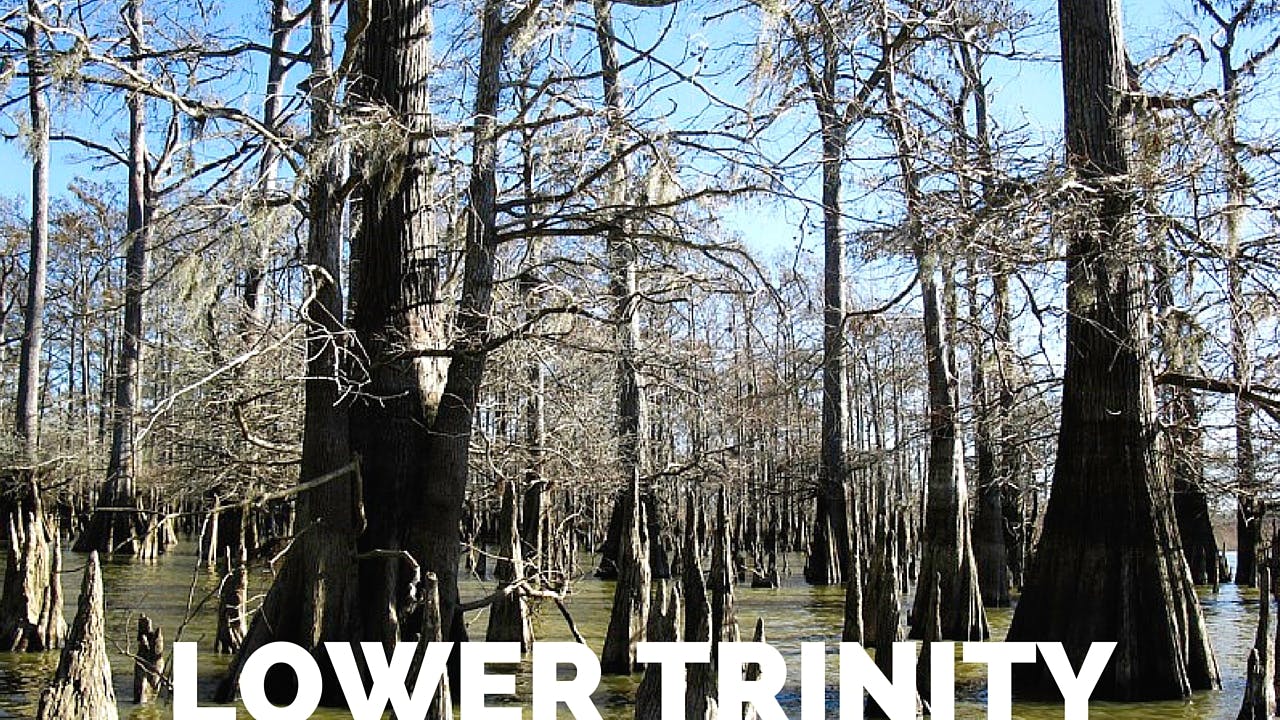 6. Texas Coast: Leave the city sprawl behind and slip into an otherworldly shadowland of Spanish moss and pirate tales in the secluded backwaters of the Lower Trinity River.

Why: Because you don’t have to drive very far from Houston to lose yourself (only figuratively we hope) in one of the biggest and most beautiful cypress forests in the state.

Knees of long-dead cypress lined the banks like pickets in a fence. The swamp is a shadowland of submerged stumps, tangled branches, and fallen trees, so forbidding and otherworldly that I half-expected to see hobbits frolicking among the foliage. In the early 1800’s, when hurricanes threatened Galveston Island, Jean Lafitte and his pirates hauled their ships along this bayou to the shelter of Lake Charlotte.

Pro tip: Arrange a tour through Houston’s Sierra Club and pack a picnic to enjoy near Lake Charlotte as you traverse this six- to seven-mile loop.