The South has fallen. Apparently so has Canada. Now an invading army of feral hogs is threatening to come for you. Trust us, we’ve seen the worst down here in Texas. When the hogs arrive up North, you’re in for a porky horror show. Wild pigs are rapacious. Rooting and marauding day and night, they can and will destroy your lawn, your crops, the fairways of your local golf course, and whatever else they run across. Feral hogs were blamed for the recent death of a woman from Liberty. (That’s a town in East Texas, not a state of mind, though we do like to live free in the Lone Star State.) And yes—as the memes foretold—thirty to fifty feral hogs can run into your yard within three to five minutes while your small kids play. It’s never too soon to panic.

To help you Northerners prepare for the coming onslaught, we asked a few professionals of the porcine arts to offer their advice, and maybe their condolences.

“Lord willing, the pigs don’t get all the way up there into Yankee land, and that we can keep them down here and we can deal with them,” says Wyatt Walton, vice president and hog removal specialist for De Leon-based Lone Star Trapping. His company catches up to 6,500 hogs a year throughout the state, from West Texas ranches and Hill Country subdivisions to the Big Thicket National Preserve. In the past three years, he has trapped 1,200 pigs at the U.S. military’s Joint Base San Antonio. The live hogs are hauled to a USDA-inspected processing facility where they’re butchered and sold to restaurants, primarily on the East Coast.

Wild boar can make for a fine meal, but if the pigs are still oinking when they arrive in Yankee land, Walton says landowners should keep in mind that these beasts are incredibly intelligent. Half-measures just won’t do the trick.

“If you start throwing little box traps at them because they’re cheap, you might catch four or five and think you’re doing good,” he says. “Well, if there are fifteen pigs out there, you just educated the other ten. There’s only one thing worse than a feral hog, and that’s an educated feral hog.”

Walton deploys an elaborate system for catching pigs that involves monitoring game cameras on his cellphone to count the number of hogs in any particular group, called a sounder. He lures them in with a corn feeder and then, over a period of several days, slowly builds a circular pen around the bait, one panel at a time, lulling the pigs into a false sense of security. Then he sends a text message to slam the gate shut, trapping up to 78 hogs at once. 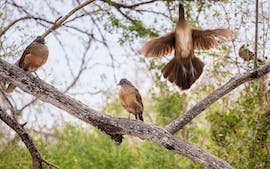 In Search of the Chachalaca, the Least-Hunted Game Bird in Texas 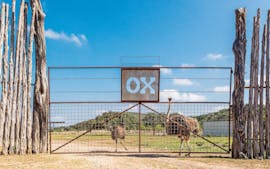 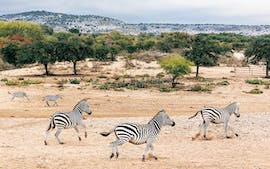 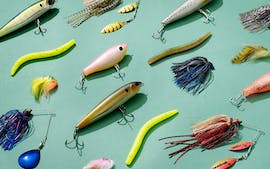 “It takes me twice as long to get ’em, but I can get ’em all with one text message,” he says.

Walton, who made local and national news when he caught a 411-pound hog in September, says you Northerners shouldn’t get too worked up about the possibility of hog attacks.

“As far as Yankees up north probably wetting their britches thinking about these killers coming north, I’ve been around thousands of these pigs, and they want to get away from us just as much as we want to get away from them,” he says. “You’ve got to corner them to get them to want to fight you.”

Citing the recent news of a hog attack in Southeast Texas, Walton says he has a hard time believing that hogs killed 59-year-old caretaker Christine Rollins in rural Chambers County on November 24. “I’m personally still a touch skeptical because a feral hog is an opportunistic omnivore,” he says. “That means they’re eating grass, they’re eating roots, they’re eating grubs. They’re not carnivores. But if carrion is presented in front of them, they’re not going to pass it up.”

Want to shoot a hog? Aim for the head, just below the ear, advises hunting guide Bruce Hunnicutt.

Taking down a mean old razorback is nothing like harvesting deer and other game more common to the northern United States, says Hunnicutt, owner of White Oak Outfitters in Northeast Texas and a hog hunting guide since 1993.

“You can’t run from ’em,” he says. “You gotta stand your ground and shoot, I’ll tell you that.”

Hunnicutt leads hog hunts year round, with his clients killing about three hundred a year. “All the guys from Missouri and Kansas who come and hunt with me say, ‘Man, I wish we had these back home.’ I say, ‘No, you don’t want them.’” His northern clients are much better off traveling to East Texas to hunt for a couple of days and leaving the piggies in the Piney Woods. Once hogs are introduced, he does not believe they can be controlled.

“Good luck to them guys up north, because they’re gonna need it,” Hunnicutt says.

Yes, Texas is hot, with relatively mild winters. But don’t think the colder weather up north will deter feral hogs, which sport thick fur and can burrow into the snow to form “pigloos,” which sound much cuter than they probably are. Feral hogs are the descendants of domesticated pigs that bred with Russian boars introduced to Texas by hunters in the thirties. And Russian boars, as their name suggests, survive just fine in their chilly native climates of northern Europe and Asia.

“They have a very hard time dealing with the heat we have in Texas,” says John M. Tomeček, director of the Texas A&M AgriLife Extension’s Coping With Feral Hogs Project. “Folks should absolutely expect movement of pigs to those colder environments.”

As many Texas landowners know, removing hogs can be nearly impossible once they are well-established. That’s why Tomeček suggests that property owners learn to identify pig tracks, which are rounder than white-tailed deer tracks, and keep a close eye out for other signs of hogs’ unwelcome arrival, primarily ground that looks like it’s been tilled up. Then use a corral-style trap, rather than a smaller box trap, to catch a bunch at once. And because hogs ignore property boundaries, he notes, you should join forces with your neighbors when plotting to remove them.

Don’t kid yourself, Tomeček says: “When you start seeing signs of pigs rooting, you have a problem and you need to do something about it. If you get on top of the issue when you just have a handful of pigs, you stand a chance of getting rid of them.”

There you have it, Yankee. The Hog Apocalypse is coming. Don’t say we didn’t warn you.

This post has been updated to correct “thirty to sixty” to “thirty to fifty.” As Texans, we know the size of these porcine hordes can get pretty large, but we overshot the meme. 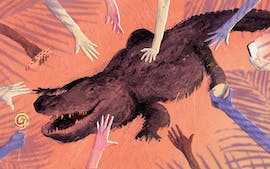 The Ballad of Boots and Stumpy, the Bad Boys of the Birding Center