I set off on foot my first day here in the historic center to find a bite to eat. The bright red buses cruised by, each one decorated with its own imaginative artistry; I’ve ridden public transport all over Latin America, but here in Central America’s biggest and perhaps craziest capital city, I’d been warned to stay away.

Members of the homicidal gangs that roam the streets here have been targeting bus drivers and even passengers, raping and murdering at random intervals. Some say it’s a sinister attempt by the right to terrorize the public into voting for a hard line government in the coming elections. I don’t know about that, but I think it better to follow the locals’ advice: Don’t go out at night unless you take a taxi. Don’t carry anything more than you need. And stay off the buses.

Outside the center, I traveled by car, as middle- and upper-class Guatemalans do, to the modern, leafy zones where you could rightly confuse the landscape with that of Houston or Dallas. Not so in the Centro. After days working on a project in my hotel room, I contemplated seeking a café where I could work. I asked the young woman behind the counter at Rey Sol, a hip and charming vegetarian café a few blocks from Parque Central.

“Internet? That way,” she said, pointing to the computer business down the street with an always-locked iron grate. “I know, but I was wondering if there was a café or restaurant where I could sit and drink coffee and work with my computer.” She stared at me in puzzlement and then laughed and shook her head. Crazy foreigners, her look seemed to say.

The other day the cover story in La Prensa Libre quantified the violence: “Victims of gunshot and stabbing wounds overwhelm hospitals.” Since the beginning of the year, 1,299 people have been treated for violent attacks. The situation has been stressful for emergency room staff, said the director of Roosevelt Hospital, which is expanding its emergency room to accommodate another 70 patients. Still, the hospital is understaffed and the workers can’t keep up with the pace, particularly on Fridays and Saturdays, when the violence reaches a peak.

Almost as a grim subtitle to the current violence are the reminders of the state-sponsored terrorism that swept the countryside during the 36-year civil war. Posters of the disappeared still paper the walls on many streets, and graffiti shouts from those walls at the powers that be, demanding an end to the impunity.

I tried to stay focused on the positive, which is, after all, my specialty—most reports of violence are exaggerated anyway, I told myself, and they normally don’t affect tourists. Nonetheless, I kept my explorations short, I walked fast and looked like I knew where I was going. When I took my camera, I held it close to my side.

The one night I got caught out after dark, I hesitated when I saw a young woman apparently throwing up behind a light pole. She saw me waver and approached me, reaching for my bag—no, I said, not wanting to stop to fish for spare change, and she grabbed for the bag. A young man who looked like he was with her approached from the other side. NO! I shouted, and the two scattered, perhaps as frightened as I was by the encounter.

Before I left, I hit on a unique anti-theft strategy. I was bothered by the large white block-lettered DIGITAL printed on my camera bag, almost as if to say “STEAL ME.” My sister Trina Brunk, a gifted artist and musician, had given me some stickers she had created in an effort to raise awareness about her work. “Always looking through God’s eyes” read the words, laid out over a beautiful eye—a reference to one of her songs. I cut out the eye and the words “God’s eyes” and made a sticker just large enough to cover the word “DIGITAL.” I placed one on the top of my Mac, just for good measure. So there, thieves—know that I and my equipment never travel alone.

After that, I didn’t have any more problems. My forays into the historic center yielded lovely interactions with friendly people, great food, history and culture, and color, as well as some stunning imagery. From the vivid and convivial Central Market to the bright green Palacio Nacional (which locals call the Guacamole), to the everyday folks spending a happy Saturday in the Parque Central, here are a few of my favorites. 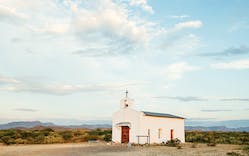