SAN ANTONIO
Texas, Our Texas
To the rest of the world, we’re just Texans, a culture of people unto ourselves. But among us are dozens of different walks of life descended from around the world, from Asia to Europe to Mexico. The Texas Folklife Festival, modeled after the Smithsonian Folklife Festival and now in its forty-fifth year, is a three-day celebration of this mixing pot. Over forty different cultures thriving in the state, represented by more than 250 organizations, will show their best faces in performances, art and crafts, and culinary offerings. Spread out over six stages are acts including the Zorya Ukrainian Dance Ensemble, Lebanese Folkdancers of St. George, Ballet Folklorico de Navarro, Italian Tarentella Dancers of Galveston, and Tango Argentino de Las Americas. They will appear along with organizations such as the Alamo Area Woodcarvers, Corn Husk Doll Makers, and Padre Island Ukulele Club, all hosting various activities for attendees. And to top it all off is El Zocalo, a foodie destination with hands-on demonstrations curated by Chef Johnny Hernandez, proprietor of the San Antonio restaurants La Gloria and El Machito, who last month prepared a Cinco de Mayo dinner at the White House. All of this will help to dispel the notion that we are gun-toting, cowboy-hat-and-boots-wearing good old boys with zero tolerance for outsiders, although there is a little of that—observances of the Texan culture, that is—with groups like the South Texas Gunfighters.
Institute of Texan Cultures, June 10–12, texancultures.com

ROUND TOP
Fried Out of Their Mind
Royers Round Top Cafe is well known for its fried chicken. Every Sunday, folks from all over Central Texas visit this home-cooking hotspot specializing in oversized slices of pie, located in a town with roughly eighty residents, to feast on its famous fried-chicken plate. Dinner is served starting at noon until the food runs out—which is always sooner rather than later. On the foundation of those glorious pieces of buttermilk- and garlic-battered fried chicken Royers last year started the Texas Fried Chicken Throwdown. A win for the venerable cafe seemed inevitable, or at least a second-place finish in a close call. But, no. Royers only managed to snag the People’s Choice Award, probably partly out of pity. This year it’s time for revenge. Last year’s winner, Jack Allen’s Kitchen, out of Austin, and runner-up, Max’s Wine Dive, out of Houston, will be back to defend their honor, joined by four other fried chicken maestros, including Hoovers’ Cooking, in Austin, and Punk’s Simple Southern Food, in Houston.
Royers Round Top Cafe, June 12, 2 p.m., royersroundtopcafe.com

AUSTIN
Indie-ana Jones
On one hand, Raiders of the Lost Ark, the 1981 Stephen Spielberg-George Lucas-Harrison Ford adventure flick, is that rare movie that has enjoyed mainstream success but also cult-classic status. The movie received an Oscar nomination for best picture but later it became the subject of the ultimate homage, Raiders of the Lost Ark: The Adaptation, a shot-for-shot remake by a couple of Mississippi teenagers. See the copycat version—rife with spectacular action sequences cheaply and creatively done—in all of its grainy-video glory Friday night in Austin, where in 2003 the movie had its unofficial premiere at Harry Knowles’s Butt-Numb-A-Thon film marathon. Principals in the making of the film will be in attendance to put into context their years-long struggle to achieve their minor masterpiece. And what they don’t expound on perhaps can be gleaned from Raiders! The Story of the Greatest Fan Film Ever Made, a documentary on the making of the remake, shown as part of the double feature.
Alamo Drafthouse-South Lamar, June 10, 7 p.m., drafthouse.com

SMITHVILLE
Blues Brothers
Smithville, a small town located halfway between Bastrop and La Grange, is a bastion of the blues. Jimmie Vaughan houses part of his classic car collection there and Stevie Ray Vaughan is represented there in both a memorial at the Oak Hill Cemetery and in the Pride and Joy House, where he is said to have been inspired to write his song “Pride and Joy.” On Saturday two lesser-known but no less exceptional veterans of the blues will reunite at West End Park, where they played in the fifties and sixties, for the Chitlin Circuit Blues Review. Hannibal Lokumbe, the headliner, is a trumpeter whose oratorio African Portraits premiered at Carnegie Hall in 1990 and has been performed by dozens of major orchestras. And Hosea Hargrove, a late addition to the lineup, is a low-down blues guitar player who mentored Stevie Ray Vaughan. Other acts will join them on the bill, including the future of the blues, the Peterson Brothers, a teenage guitar and bass duo from Bastrop.
West End Park, June 11, 6 p.m., smithvilletx.org

HOUSTON
The Big Shorts
Who has time to watch a two-plus-hour feature-length film when there are texts to be sent and Facebook posts to be liked? Better to keep it brief and stick with the nineteenth annual Extremely Short Film Fest, an international competition of three-minute-or-less movies, selected this year by Leslie Raymond of the Ann Arbor Film Festival, the oldest experimental festival in the U.S.
Aurora Picture Show, June 10, 7 and 9 p.m., aurorapictureshow.org

NACGODOCHES
On Blueberry Thrill
There are few things to eat that are better than blueberries, the antioxidant “superfood” that will be celebrated with a pie-eating contest and a cupcake battle, with pick-your-own sessions and vendor offerings, and a simple pancake breakfast, all at the twenty-seventh annual Texas Blueberry Festival, where roughly 19,000 people will converge for the healthy treat.
Downtown, June 11, 8 a.m., tbf.nacogdoches.org 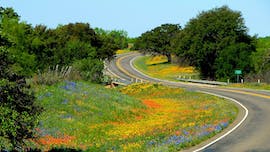 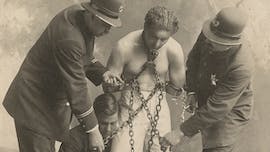 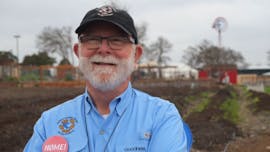 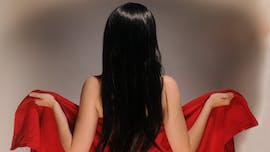 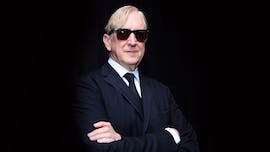 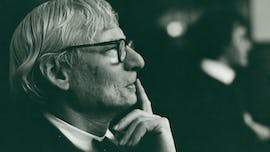