In April, yet another study emerged online touting Houston as the most diverse city in America—edging out New Jersey’s Jersey City as well as New York City nationally, plus Dallas (fifth in the U.S.) and Arlington (ninth) in Texas.

Rankings like these get trumpeted by city boosters, and they help dispel the stubborn and patently false image of Houston as a racist and xenophobic redneck-controlled cowtown where we all ride horses to work when not firing our six-shooters in the air while hollering “yeehaw.”

Living in what food critic John T. Edge has dubbed Mutt City is simply more interesting than living somewhere with a more “purebred” pedigree. There’s nothing quite like stumbling upon a Lunar New Year dragon dance or attending a concert of Garifuna gospel music from Belize played by Houstonian immigrants living in Fifth Ward, all in your own hometown.

Hungry? Drive up Hillcroft Avenue in southwest Houston, the Bayou City’s Buffet-Boulevard of Babel: in the span of about a mile and a half, you can choose from Afghani, Persian, Mexican, Salvadoran, Guatemalan, Vietnamese, Chinese (halal and otherwise), Colombian, Middle Eastern, and a full bounty of regional Indian and Pakistani restaurants in the Mahatma Gandhi District, not to mention whatever you might find in a food truck on any given night—often Venezuelan, Cuban, or Honduran.

Food could well be the keystone to understanding Planet Houston, as Leah Binkovitz, senior editor at the Rice University-affiliated Kinder Institute and its Urban Edge blog, has written, and as Anthony Bourdain so skillfully conveyed on the Houston episode of Parts Unknown, which opened with that Bollywood scene in a Gandhi District grocery.

The seafood counter at the food market.

But here’s the thing about Houston—you have to work at appreciating its diversity. It’s not like most streets or neighborhoods are melting pots. Huge swaths of the city remain nearly monoracial. Houston’s multiplicity is nowhere close to being as readily apparent to a visitor, or even an incurious native, as that of denser, more compact places like Jersey City or New York.

At 669 square miles, the city of Houston proper is larger than both Maui and Oahu, and at 10,062 square miles, the Greater Houston metropolitan statistical area is larger than New Jersey, Wales, Lake Erie, and Puerto Rico. While on any given day it’s relatively easy to see Houston’s multitudes at attractions like the Galleria or Hermann Park, or pushing a shopping cart in the aisles of Ikea or Costco, or even among Joel Osteen’s congregation, actually experiencing their cultures is another story. Planet Houston—including suburbs even more heterogeneous than the city itself, like Pearland and Missouri City—offers ample room in which all that diversity can hide.

“Where to take out-of-towners” listicles from Houston lifestyle sites are seldom of much use in helping you find it. They generally stick to a combination of tried-and-true tourist destinations like the San Jacinto Battleground, Battleship Texas, Kemah Boardwalk, Space Center Houston, museums, and the zoo, or advise that you take in a game, attend a concert, or go shopping at the Galleria or some other high-end mall.

Increasingly these articles advise that the best way to cope with a visit to Houston is to drink heavily. Thrillist bobs to the fore in that respect, with its list of “actually cool things to do” in Houston (a better compilation than most, to be fair). They recommend that you take boxed wine to a concert at Miller Outdoor Theatre, make sure to Uber if you booze it up at Topgolf, BYOB if you visit Chinatown, “quench your thirst” while riding a B-cyle around town, take a brewery tour, “spend all day in an ice house or beer garden,” and bet on racing turtles (in a bar).

Of the 35 things Thrillist lists, 33 are inside the loop—or Inside the Loop, to give it the capital-letter emphasis attached to it by many Houstonians. Loop 610 has long traditionally separated what was seen as hip and fresh (inside the loop) from all that might as well be Dallas or worse, for all the disdain in which the Guardians of Cool hold the outer loop.

There was a time when the Inner Loop had a monopoly on Houston Cool. The suburbs were stale and bland in the 1970s and early ‘80s, and Chinese and Vietnamese immigrants and refugees were salvaging the abandoned wreckage that white flight left behind immediately east and south of downtown, where, respectively, Houston’s Chinatown and Little Saigon used to be. Montrose was once the hub of the center’s counterculture and gay community, and the Heights a haven for slackers of an artistic bent.

No more. Gentrification has put an end to most of that, as has society’s greater tolerance of LGBTQ people. (The Gay Pride Parade’s move from Montrose to downtown was seen as symbolic of the city’s acceptance.) Today no Inner Loop neighborhood cracks the top 20 in terms of diversity, according to numbers assembled by Niche. So what, exactly, is cool or different about it? What, aside from better-than-average-to-great seafood, Mexican food, or barbecue, can visitors from any other big city encounter that they can’t find in their own hometowns? Museums, parks, a zoo, bars, concert venues, and major league sports don’t cut it.

Cities that draw tourists offer unique experiences—cities like San Antonio, New Orleans, and Austin. Houston has such areas, but you need a well-versed local to find them, a Bayou City sherpa who has taken the time to explore the areas between the freeways that too many Houstonians brand as “no-go” without ever having visited them.

It’s Houston’s multiculturalism that could prove the draw—if only it were anything close to concentrated. A few years ago, my wife and I took friends visiting from Portland on what amounted to a diversity tour of Houston, beginning with a zydeco brunch on the western edge of greater Third Ward (nine miles southeast of our house). Next we went to see the sights and shop at Dun Huang Plaza and Hong Kong City Mall in the heart of Houston’s huge, sprawling suburban Chinatown (fourteen miles southwest of Third Ward). Then we made the long haul up to the northside’s Sunny Flea Market, a 35-acre pulga arranged in two souk-like covered walkways, 23 miles from Chinatown. Dog-tired, we returned home after 55 miles of navigating the barely controlled havoc of Houston’s freeways.

A booth in the Sunny Flea Market

There might be larger pulgas in San Antonio or the Rio Grande Valley, but none with quite the diversity of cultural offerings of Sunny.

I still felt like we’d left so much out: to name a few, knocking back soju and roasting meat at our table in Houston’s Koreatown; rocking out to the authentic Crescent City street jazz of the New Orleans Hustlers Brass Band; and oohing and aahing at Pearland’s Sri Meenakshi Temple, a white marble replica of a larger temple in the South Indian state of Tamil Nadu shimmering in the Brazoria County heat like a mirage.

As with so much else that’s fascinating in Houston, that temple is far-flung, in another county, in fact, and about twenty miles south of downtown. Generally speaking, the farther out you go in any direction except northeast (where there are segregated enclaves of blacks and Hispanics closer in and whites farther out towards Montgomery County), the more diverse Houston becomes.

It’s all so very spread out that it’s easy to miss or ignore. If Houston had the same population density as New York, all of that would be crammed into the inner loop with room to spare, and Houston would feel as multiethnic as it actually is. Even so, if the powers that be actually marketed what was unique about Houston with as much zeal as they do our versions of what’s available everywhere else —like Bourdain and precious few others have—perception would hew closer to reality.

Sadly, most people who visit Houston do what they are told, at least if TripAdvisor’s reader-generated list of Houston’s most popular sites is to be believed. Of the top 30 attractions in the area, virtually all are museums (including the zoo, graffiti parks, and sculpture gardens), sporting or concert venues, shopping malls, or parks, and all but four of them are Inside the Loop. Those four attractions from Houston’s more fascinatingly diverse area? Two museums and two huge but all-American shopping malls: Memorial City and the Galleria

Too many visitors, and sadly, too many Houstonians, never see Houston at all. 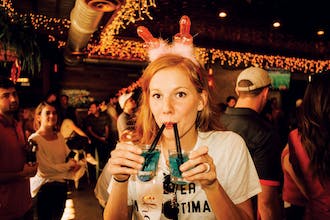 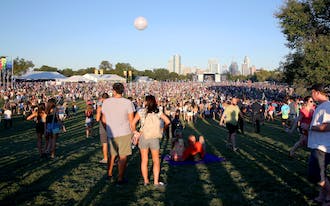 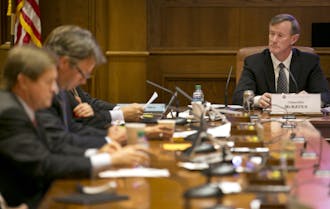 The New UT System Hiring Practice That Could Have Helped Mizzou 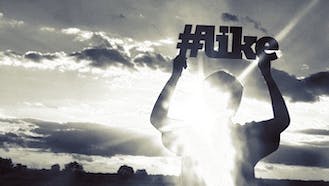