Bloom of the Century

On Bluebonnets and Other State Emblems

This past weekend, as I drove along Texas Highway 71 between Austin and Brady, I was gobsmacked by the colorful carpets of wildflowers brightening both sides of the asphalt. Somehow, in the midst of life’s many distractions, I’d lost sight of the fact that we’re in the sweet spot of spring, that short but delightful stretch when the indigo bluebonnets and creamy red Indian paintbrushes and purple winecups make our highways and byways and pastures all the prettier—and, yes, all the more Instagrammable too. And because last fall was wetter and warmer than usual, this April’s shower of flowers seems all the more vibrant. Eager to identify some of the lesser-known varieties, I started rooting around online—and in my tattered Wildflowers of Texas guide book—for a little more dirt on our native beauties. Here, a few notable nuggets along with a handful of “best in field” snapshots that I hope will nudge you to get out and enjoy spring’s beautiful, if fleeting, bounty.

A post shared by Emily Jungmeyer (@emilyjungmeyerphotography) on Apr 10, 2016 at 7:21pm PDT

Six varieties of bluebonnets grow in Texas.
Though it’s relatively obscure, Lupinus subcarnosus was the first to be officially adopted as the state flower, but there’s also L. texensis (the deep blue version you’re used to seeing and, um, “pooping” on?!), L. havardii, L. concinnus, L. perennis, and L. plattensis. Read more: Andrea Valdez’s primer on “How to Snap the Perfect Bluebonnet Photo” and Skip Hollandsworth’s “Blue Period,” a profile of the late W. A. Slaughter, once the state’s most famous bluebonnet painter.

TxDOT sows about thirty thousand pounds of wildflower seeds each year.
And, since 1934, they’ve delayed most roadside mowing and maintenance until after the season’s showstoppers have dwindled. They also kindly ask you to take care not to trample the delicate blooms in your pursuit of the perfect family portrait. Read more: TxDOT’s fun facts about wildflowers.

No, it’s not illegal to pick bluebonnets.
But, you’d do best to heed the Texanist’s stern advice:

While not officially outlawed, the act of pulling up a bluebonnet remains a Texas taboo of the highest order, worse than even vegetarianism or rooting for the Redskins. Proper protocol is simple: Leave the flowers in the state in which they were found, which is to say, unpicked.

So, where should you go to spot the most photo-worthy blossoms?
In the Hill Country: Along with Texas Highway 71 near Llano, the Willow City Loop outside Fredericksburg is always a sure bet.

In West Texas: Head to Big Bend National Park, particularly around Study Butte and Panther Junction, which had a particularly incredible display last year, which was captured by Marathon-based photographer James H. Evans for “Bloom of the Century.”

In South Texas: Visit Choke Canyon State Park, in Three Rivers, about ninety miles south of San Antonio, or stop in at the Cuero Visitors Center for a driving guide to DeWitt County’s 132-mile loop.

In North Texas: There’s a good reason Ennis has been designated the Official Bluebonnet City of Texas—namely, its more than forty miles of driving trails.

Read more: Launched by software developers with a soft spot for blooms, wildflowersightings.org is a great resource; also, be sure to download this Texas Highways wildflower brochure, complete with mapped driving trails, and check out Amy Voorhes’ recent “Honey, Stop the Car: Scenic Drives Through Texas.”

Bloom of the Century

On Bluebonnets and Other State Emblems 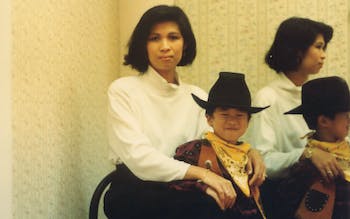 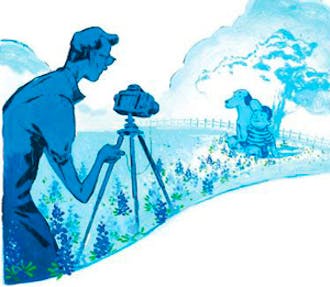