WHAT A VIEW
Marfa
Many of Donald Judd’s works at the Chinati Foundation, in Marfa, are meant to thrive with the shifting patterns of natural light. At the event Sunset at Chinati, the foundation will stay open late so visitors can enjoy the rare opportunity to see what more than one hundred of these aluminum and concrete works look like as the sun fades into night during the hour between 5 and 6 p.m.
Chinati Foundation, November 25, 5 p.m., chinati.org

San Angelo
For Frank Reaugh, the “Dean of Texas Painters,” pastels were his signature when creating turn-of-the-century depictions of the great prairies and the Longhorns that inhabited them. Many fine examples are currently on display through this weekend in the San Angelo Museum of Fine Arts’ exhibition “Frank Reaugh (1860–1945): Master of the Texas Landscape.”
San Angelo Museum of Fine Arts, November 25–27, samfa.org 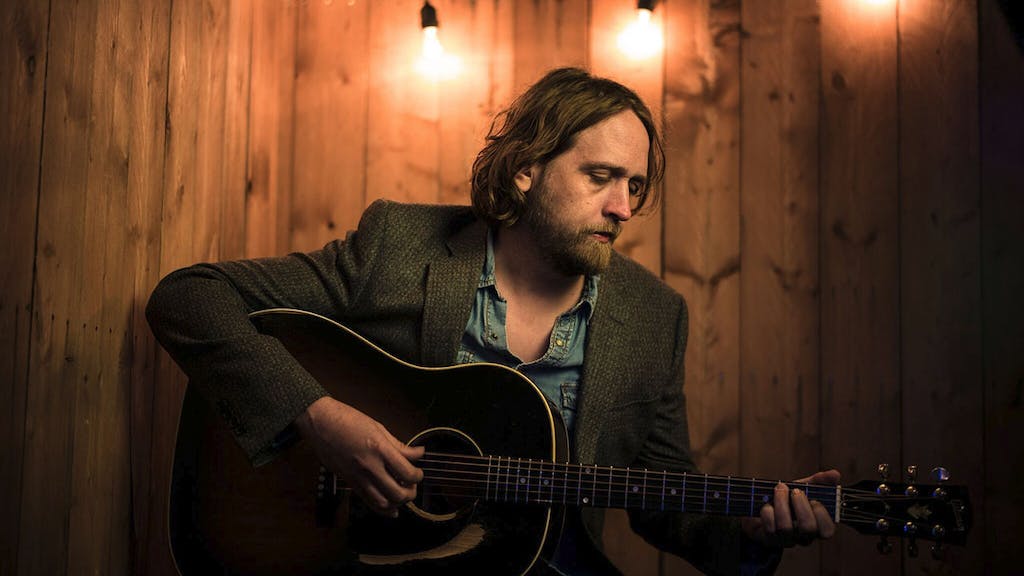 Galveston
Singer-songwriter Hayes Carll turned forty earlier this year, adding to the reflective nature of his latest album, Lovers and Leavers, a soft-spoken acoustic effort in part about the end of one relationship and the beginning of another. This swirl of emotion will be intensified when he plays two shows at the Old Quarter, about which he recently tweeted: “It’s where my career began & it’s always special to go back.”
Old Quarter Acoustic Cafe, November 30 & December 1, 8 p.m., hayescarll.com

Lubbock
The Phantom of the Opera is the longest-running show in Broadway history, making the title character one of the most popular by default. See that role performed by the actor who has arguably played it the most, Texas Tech alum David Gaschen, who will add to his more than 1,500 shows with 4 in Lubbock, where his name resides on the West Texas Walk of Fame alongside other singers such as Buddy Holly and Natalie Maines.
Lubbock Memorial Civic Center Theatre, November 25 & 26 at 7:30 p.m., November 26 & 27 at 2:30 p.m., texastechphantom.com

DRESS-UP OPTIONAL, YET ENCOURAGED
Boerne
It seems we can barely get through Thanksgiving before it’s time to start celebrating Christmas. Be at the forefront of this trend at Dickens on Main, a two-day living-history event paying homage to A Christmas Carol–era London, along with live ice-sculpting shows, a sixty-foot snow slide, and an assortment of Scrooges and Tiny Tims, all beginning on Black Friday.
Hill Country Mile, November 25 & 26, 10 a.m., dickensonmain.com

La Grange
In most parts, being called a “schmeckenmeister” is grounds for a fistfight. But at Schmeckenfest, a Christmas extravaganza in La Grange, it is a high honor bestowed upon the person who makes the best wassail—a hot yuletide cider traditionally mixed with alcohol and served in goblets—among more than two dozen competitors.
Fayette County Courthouse Square, December 1, 5 p.m, visitlagrangetx.com/schmeckenfest 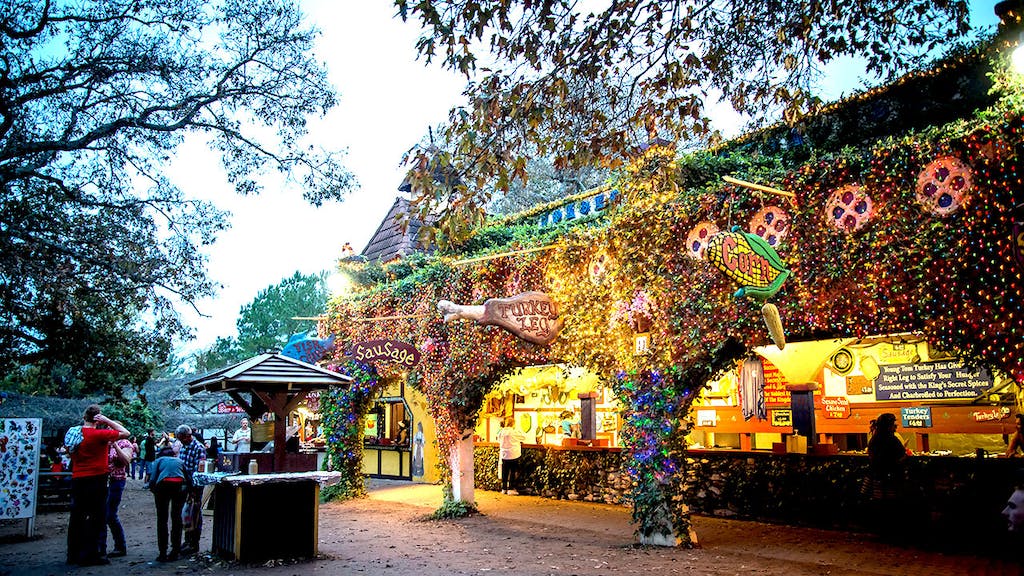 Todd Mission
Buck the tradition of the mall Santa and head to the woods for the Texas Renaissance Festival and pose for this year’s holiday photo. On this final weekend of the month-and-a-half-long gathering of adults and children who like to frolic in fantasy attire, the theme will be Celtic Christmas, with plenty of elfin types and Saint Nicks with genuinely burly beards.
21778 FM 1774, November 25–27, 9 a.m., texrenfest.com

IT TAKES A VILLAGE 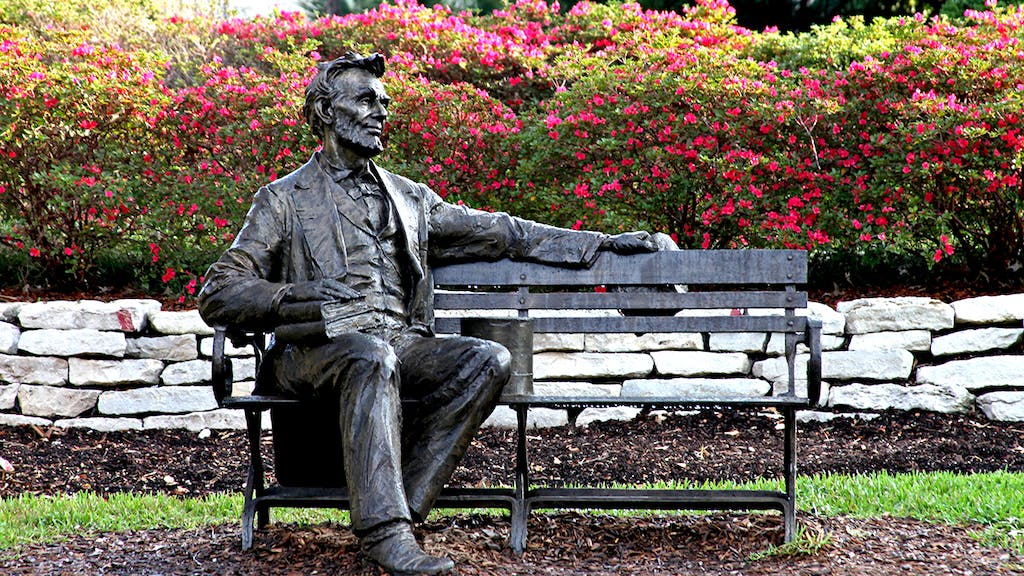 Dallas
In these times of strife and uncertainty, we could stand to benefit from the wisdom of deep thinkers the likes of Albert Einstein, Benjamin Franklin, and Abraham Lincoln. But since they are all long gone, perhaps the next best thing is to attend the final weekend of the “Great Contributors” display. Bronze statues of the aforementioned VIPs along with many others sit on various benches all over the Dallas Arboretum, a standing invitation for a private conversation with a great mind.
Dallas Arboretum, November 25–27, 9 a.m., dallasarboretum.org

Houston
Facebook has lately been a place of disgrace, as Americans have shoved their opinions down others’ throats without consideration. Step away from the internet and reinvest in humanity at one of two final nights of the premiere of “Dialogues on Grace,” a celebration of our similarities and an acceptance of our differences, hosted by 14 Pews director Cressandra Thibodeaux, who amassed more than fifty interviews on the topic and turned the collection into a play involving four actors taking on eighteen roles.
14 Pews, November 25 & 26, 8 p.m., 14pews.org

San Antonio
Mariachi is more than a musical style, it’s a way of life for great swaths of the Mexican community. See what all the fanfare is about at Mariachi Vargas Extravaganza, a national gathering of musicians and appreciators of the genre—buoyed by trumpet, violin, bass, and guitar—with workshops, competitions, and, on opening day, a Mariachi Mass at Mission San José.
Various locations, November 27 to December 3, mariachimusic.com/events/mariachi-vargas-extravaganza/