We’ve slathered on our sunscreen, packed our cooler, and rented four large inflatable doughnuts from an outfitter called Texas Tubes (250 Meusebach, 830-626-9900). All that’s left is to launch ourselves into the Comal River (202 S. Union Avenue, 830-625-9070). The crisp waterway is one of New Braunfels’s refreshing antidotes to summer in Texas. Though it’s unclear whether the Germans who founded this town in the mid-1800’s invented tubing, subsequent generations of “settlers” have certainly perfected the pastime on both the Guadalupe River and this, its calmer tributary, which my friends and I are finally jumping into with the exuberance of golden retrievers.

The water is as clear and intoxicating as the vinho verde we’ve decanted into non-disposable containers, in compliance with recent rules to curb littering. A half hour of uninterrupted laziness goes by before we reach “the chute,” a squiggly concrete channel that spits us into a swirl of rapids known to steal hats and sunglasses. The next rapid is a hiccup by comparison, but the current is still strong enough to send me straight into a snorkeler (sorry, sir!). Except for occasionally bumping into strangers, the remainder of our two-hour float is as restful as a nap. At least until the last public exit, when a member of the group threatens to go rogue and float on indefinitely. Sadly, there’s not much farther to go, as the 2.2-mile Comal is the shortest river in Texas.

An old school bus ferries us back to our car, and we ferry ourselves over to Pat’s Place, a favorite post-float diner nearby. As our generous servings of chicken-fried steak and yellow-cheese enchiladas disappear and our personal pitchers of sweet tea drain, we chatter excitedly about tomorrow’s big event: a trip to the original Schlitterbahn (400 N. Liberty Avenue, 830-625-2351), which, at seventy acres, is one of the largest water parks in the world. The giddiness builds as we check in to the park’s resort. Our Treehaus suite is one of the newest and most luxurious of the more than two hundred rooms, which are tucked into pockets along the shady banks of the Comal, just like the water park’s various sections. We’ve got three beds, two bathrooms, and one great view from our private balcony, from which we wave to the evening’s last tubers.

The kitchen in our suite has everything we need to make our own breakfast—except, of course, food, which we didn’t think to bring. I do, however, catch the smell of pancakes and sausage drifting from Union Street Station (512 E. San Antonio, 830-627-1727), a railroad-themed cafe a short walk from our front door. Scarfing down my omelet, I decide I don’t believe in that “wait thirty minutes before swimming” rule.

Among the “amenities” included in the (not cheap) price of a room at Schlitterbahn is an extra 120 minutes of playtime: resort guests can roam parts of the park an hour before it opens and an hour after it closes. It’s a crucial advantage when lines for some of the forty-odd attractions can take more than two hours. We’ve shown up on a day when only a couple of sections are open, so we wait just fifteen minutes at the top of the six-story Blastenhoff Tower before our yellow rafts are given a little shove down the Master Blaster. The water-jet-propelled roller coaster is Schlitterbahn’s most popular thrill and the source of the screams of glee we hear later, sitting along the “shore” of the giant wave pool, sipping frozen strawberry daiquiris. Over at the Boogie Bahn, we watch wannabe bodysurfers try to outmaneuver 50,000 gallons of rushing water per minute. I won’t be queuing up. A day spent in the sun takes enough of a toll.

At dusk we go in search of an establishment that won’t mind our sunscreen smell and flip-flop squishes. McAdoo’s Seafood Company (196 N. Castell, 830-629-3474) downtown has two of my favorite words—“oysters” and “po’boys”—on its menu, but when we cruise by the red-brick building (formerly New Braunfels’s first federal post office), we realize it’s slightly fancier than we currently are. The Phoenix Saloon (193 W. San Antonio, 830-643-1400), on the other hand, fits just right. I rave about the chili until I steal a bite of my friend’s burger and, pronouncing it one of the state’s best, try to bogart the rest.

Feeling waterlogged, we set off on a walking tour to experience historic downtown New Braunfels just as its German founders did: with our iPhones. We scan the QR codes posted on notable buildings, like the 1929 Faust Hotel (240 S. Seguin Avenue, 830-625-7791) and the 1868 Naegelin’s Bakery (129 S. Seguin Avenue, 877-788-2895), one of the oldest in Texas, where I order a sweet German pretzel and a cherry strudel made from a turn-of-the-century recipe. My sudden interest in the past only mounts as we sweep through Junkology and the forty-plus-vendor Downtown Antique Mall (209 W. San Antonio, 830-620-7223). By the time we get to Adele Kerr & Co. Interior Market (386 W. San Antonio, 830-387-4605), whose nearly two dozen sellers seem to have the touch of a Barney’s window dresser, I need to sit down. There, in the back, is Café Comal (386 W. San Antonio, 830-387-4605). Sliding into a booth, we recap the past 48 hours: we’ve floated the river and screamed like schoolkids at Schlitterbahn, and now we’re snacking on chicken-fried bacon in an antiques mall. All that’s left is to consult our calendars and figure out when we’ll be making our next trip to New Braunfels. 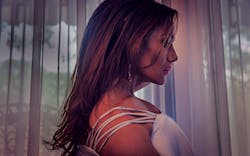 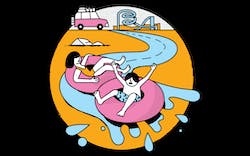 What You Should Know About Elementary School “Calm” and “Focus” Rooms