Whenever I start to suffer the ill effects of traffic overload and endless status updates on my smartphone, I set out for a quieter, quainter place that has at least two of the following: a picturesque Main Street lined with small specialty shops, a beautiful courthouse or other architectural gem, and a beloved cafe famous for its chicken-fried steak or enchiladas or fried pie (I’m not too picky). So I recently plotted a course from Paris to Decatur, mostly along U.S. 82, that would take me through a handful of North Texas’s historic downtowns—and transport me back a generation or two.

Starting out on the edge of the Piney Woods, I headed straight to Paris’s grand plaza, an assemblage of twenties-era storefronts that form a nostalgic square around Culbertson Fountain, an Italian marble beauty built to commemorate the city’s rebirth after the devastating 1916 fire. When I wasn’t uploading pictures of the Instagram-worthy facades (alas, some habits die hard), I was shopping, buying handwoven sisal necklaces at the eco-friendly Green Boutique and a flaky croissant at the Paris Bakery.

I followed U.S. 82 west out of town, and with nobody tailgating me, I felt oddly relaxed behind the wheel. For a while, rows of loblolly pines ran parallel to the two-lane highway, but as I got closer to Bonham the trees became fewer, and I was soon surrounded by gently rolling prairie and broad blue sky. After an hour, I veered off 82 just outside of Bells to pick up U.S. 69 going northwest. Twenty minutes later, I was cruising—at an unhurried 25 miles an hour—down Denison’s ten-block-long Main Street. Its buildings from the early 1900’s are an endearing mishmash of colors (canary yellow, pistachio green) and decorative elements, from the Rialto Theatre’s art-deco marquee to Blue Moon Antiques’ blue-and-red-striped awning. I could’ve spent the rest of the afternoon sizing up art in the galleries and artists’ studios.

Continuing on, I followed Texas Highway 91 south for a few miles until I was back on U.S. 82 and heading west. By the time I hit Whitesboro, I was deep into horse country. I kept inadvertently dipping below the speed limit as I gawked at one ridiculously pastoral plot after another: think red-roofed barns, bright-white fences, and dozens of world-class paint horses grazing on grass so green it looks like AstroTurf.

Outside Gainesville, the countryside petered out and big-box stores started popping up again like weeds, so I took the exit for FM 372 and followed it south until I hooked a right onto FM 51, which runs past the Cooke County courthouse. Bolstered by a lunch of green-chile-chicken enchiladas at Sarah’s on the Square, I zipped through several notable shops, including the 123-year-old Kinne’s Jewelers and Paige Davidson’s enviably creative Cahoots Handbags, which happens to be around the corner from the Fried Pie Co and Restaurant. I’ll give you one guess as to what I walked out of there with.

The afternoon was waning, so I set out for my final destination. Just after FM 51 crosses underneath Interstate 35, it starts to curve to the southwest and soon narrows to two lanes. The next forty miles proved to be the most scenic segment of the trip. I drove up and down baby hills and through plots of farmland so expansive that I couldn’t see anything but the horizon—and herds of loitering cattle. As I approached Decatur, I realized I’d unwittingly saved the prettiest panorama for last: with a mile to go, the castle-like turrets of James Riely Gordon’s Wise County courthouse came into magnificent view. When I arrived at the square, I made my way over to Sweetie Pie’s Ribeyes, where I treated myself to a steak dinner and somehow finally found the willpower to forgo dessert. 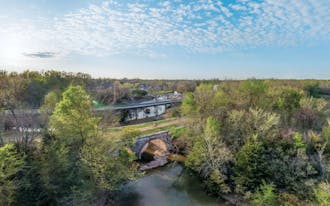 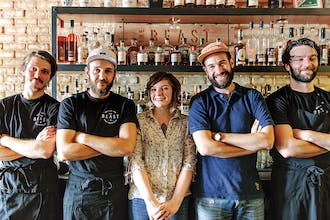 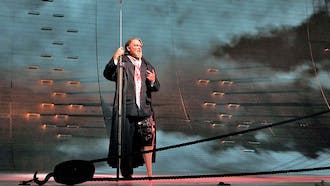