When you think of Dallas, you think of shopping. And when you think of shopping in Dallas, you think of the sleek storefronts of Highland Park Village and the groomed grounds at NorthPark Center. I’m all for glitz, but when I want to sate my itch for the finer things in life, I head to the Design District, that scuffed-up pocket bookended by the Trinity River and Interstate 35 just northwest of downtown. Don’t let its industrial ambiance fool you. Inside dozens of those single-story postwar warehouses initially built for manufacturing and fabrication companies are furniture stores, art galleries, and antiques shops brimming with the kind of high-dollar home goods and modern masterpieces coveted by interior designers, discerning collectors, and dedicated window-shoppers like me: Hans Wegner teak dining chairs at Collage! Leather banquettes at Jan Showers! White-lacquered chandeliers at Jean de Merry! Cutting-edge “new media” art at Zhulong Gallery!

Unlike some of the city’s showier developments, the Design District’s growth has historically felt more organic, which accounts for its singular charm. If it weren’t for the levees built after the Great Flood of 1908 to reroute the Trinity, this two-square-mile swath would still be a soggy no-man’s-land. And if it weren’t for a savvy young salesman named Trammell Crow, who started building those warehouses in 1947 and opened the Dallas Market Center merchandise mart (a multibuilding wholesale campus) a decade later, such a creative concentration of showrooms and galleries might have never materialized. Now, after decades of being a semi-secret treasure trove (a number of the trade-only shops have opened to the public in recent years), the district is finally evolving into a bona fide neighborhood. Restaurants and condos are sprouting up, plans for more pedestrian-friendly thoroughfares have been approved, and more art- and design-minded tenants are moving in, as are craft breweries (four, count ’em!) and bars. Needless to say, with every visit, I find myself lingering—and shopping—a little longer.

Ascension // Craft caffeine is an obsession at this popular coffee shop, which serves as a satellite office and gathering spot for a fashionable crowd. Also on the menu: breakfast treats (granola, a loaded baked potato scone), brunch favorites (avocado toast, ricotta hotcakes), and enough wine to get you through the afternoon slump.

El Bolero // There’s a mosaic mural of Frida Kahlo on the wall, tufted banana-yellow bar stools, and a riot of colorful patterned tiles just about everywhere at this Mexican restaurant known, yes, for its eye-catching décor, but also for its ceviches, queso fundidos, and lobster fajitas.

Slow Bone BBQ // That this joint made this list is reason enough to try its smoked meats, but how can you not want to patronize a place that also has brisket tamales, brisket chili, and what may well be the best fried chicken in Dallas?

Taco Stop // This walk-up taqueria has a line from breakfast to lunch for its small but mighty tacos, filled with everything from barbacoa with fresh pico to prime rib with “magic” onions. Pro tip: Be sure to get a cup of mama’s beef broth. (And don’t just take my word for it: read taco expert José R. Ralat’s review here.)

FT33 // Despite the abundance of high-end furniture showrooms in the Dallas Decorative Center, the most sought-after tables may be those at this TK where chef Matt McCallister artfully arranges the day’s freshest ingredients, whether that be smoked beets in a sauerkraut vinaigrette or scallops with fermented kale.

Oak // With chef John Tesar supervising the menu, this Design District pioneer (it was one of the first fine dining restaurants in the area when it opened in 2011) is known for rich dishes like Peking duck breast and Akaushi steaks.

Ceylon et Cie // Interior designer Michele Nussbaumer’s emporium of eclectic fabrics and elegant décor is over-the-top in the best way. You may not need a $1,000 brass lobster or a paisley laminate parson’s desk by Billy Baldwin for $7,080 (much less afford them), but you will get a sizable dose of inspiration as you browse this treasure trove.

Lab Art Texas // The sizable Texas outpost of the Los Angeles street art collective has carved out a “new bad boy on the block” reputation for the bold works for sale in its 4,500-square-foot gallery.

Bookmark…this directory of the dozens of Design District businesses 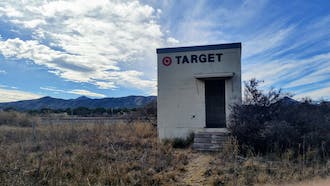 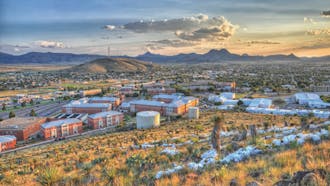 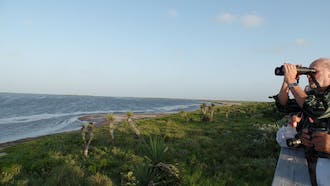 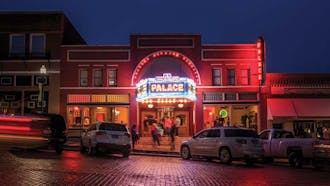