There is something wonderfully anachronistic about traveling by train in this modern age. And I’m not talking about workaday back-and-forth commuting on some dreary regional transit full of pallid stiffs. Quite the opposite: I mean real rail travel, travel the old-fashioned way—a weekend summer sojourn by way of a great big, shining Amtrak locomotive. Specifically, the Sunset Limited, which has traversed Texas on its route from Los Angeles to New Orleans and back since 1894. Sure, there are speedier ways to get from point A to point B (motorcycle, car, bus, plane, dirigible, horse, tortoise), but sometimes a trip is enhanced via the mode by which a traveler has chosen to arrive at his final destination. Read the rest of David Courtney’s account of this sojourn from the May 2014 issue.

Here’s a guide to an extended Big Easy debauch by way of Amtrak’s Sunset Limited.

Felix’s Restaurant and Oyster Bar and Acme Oyster House // When it comes to French Quarter bivalve consumption, folks seem to be either Felix’s people or Acme people. But there’s nothing stopping you from crossing the street. Do both. Have raw oysters, oysters Rockefeller, and oysters Bienville at Felix’s, and raw oysters, chargrilled oysters, and oysters Rockefeller soup at Acme. 739 Iberville (504-522-4440) and 724 Iberville (504-522-5973), respectively

Commander’s Palace // Shorts and T-shirts are never allowed and jackets are preferred when taking dinner at this charmingly doughty (and kinda touristy) Garden District landmark established in 1880. Have the famous turtle soup appetizer at jazz brunch. 1403 Washington Ave (504-899-8221) 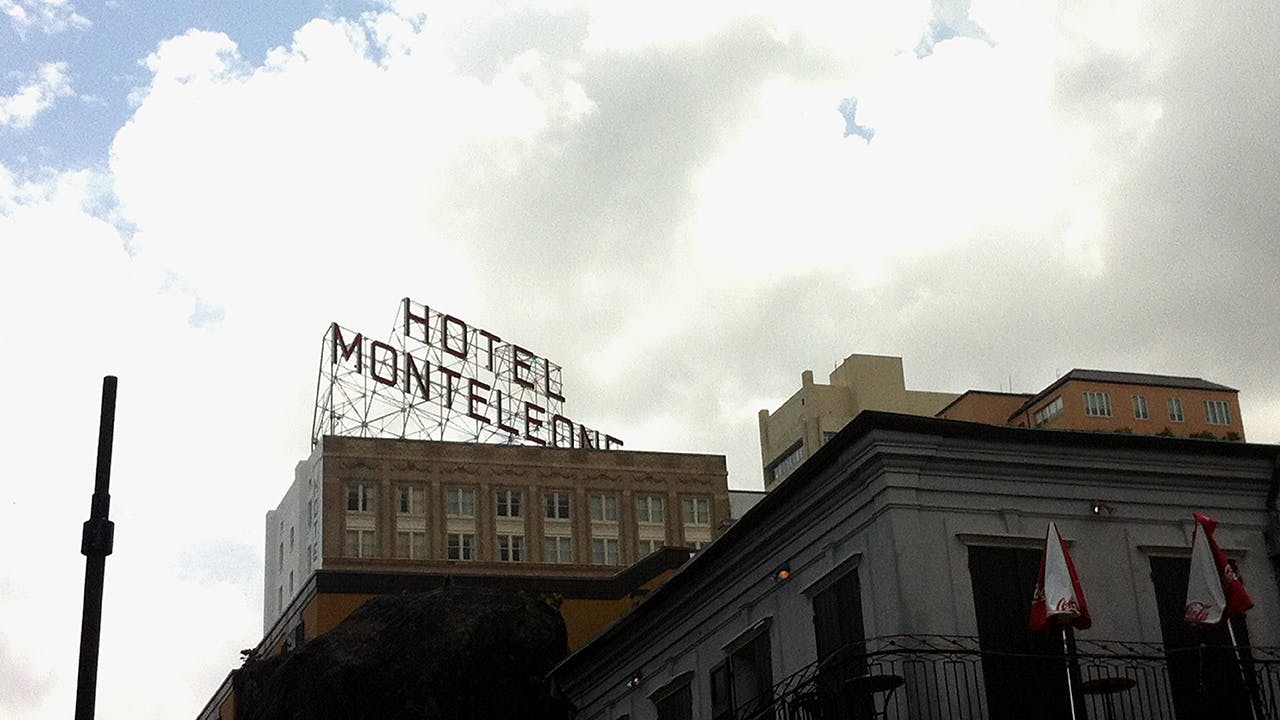 Hotel Monteleone // A classic (and classy) French Quarter institution with deep literary roots. Truman Capote, William Faulkner, Ernest Hemingway, Eudora Welty, and Tennessee Williams have all been guests of the hotel, which has been designated a literary landmark. 214 Royal Street (504-523-3341 or 866-338-4684)

There is no Wi-Fi on the Sunset Limited, so be sure to download plenty of Louis Armstrong, Armand Hug, and the interesting Amtrak podcasts (“Vidor KKK: A Town Marked by Racial Tension,” and “Avery Island & Tabasco: The Sweetest, Spiciest, and Saltiest Place on Earth!”) for the San Antonio-to-New Orleans stretch of the Sunset Limited Route. Follow @Amtrak on Twitter

Photos from the observation car of the Sunset Limited. Swizzle sticks from famous cocktail bars.