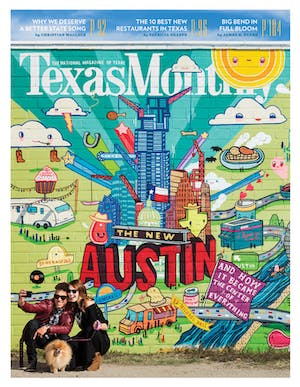 This month marks the 180th anniversary of Texas’s independence from Mexico, the formal declaration of which came on March 2, 1836, a mere four days before the end of the bloody skirmish that established the Alamo as the most sacred (and now most tourist-luring) of all the historic sites across the state. What we’ve long known about the humble stone chapel—that it is nothing less than the “Shrine of Texas Liberty”—was trumpeted last July when UNESCO declared it, along with the city’s four other colonial missions, a World Heritage site.

You’ve likely remembered to visit the Alamo—i.e., what’s left of the once sprawling Mission San Antonio de Valero. But perhaps in your haste to wield a selfie stick in the vendor-clogged plaza or to get to happy hour on the River Walk, you’ve never ventured farther south to explore Mission San José, Mission Concepción, Mission San Juan, and Mission Espada, the Alamo’s just slightly younger, less crowded, and, dare I say, lovelier sisters. (They’re what first-time visitors expect the surprisingly diminutive Alamo to look like: semi-isolated compounds with soaring bell towers and stone walls and expansive lawns.) Built along the San Antonio River in the early eighteenth century by Franciscans intent on converting the native Coahuiltecan tribes, each was set up like a mini-city, with farming and cattle operations and, of course, ornately designed churches, all of which, unlike the Alamo, still hold weekly masses. Visiting feels less like shuttling through museums than poking around living monuments to the culture, traditions, and faith that shaped San Antonio. And while you could zip through the sites in a car, consider hiking or biking the eight-mile Mission Trail, which links the southernmost landmarks. It’s an easy, scenic river trek that’s been traversed since long before Texas was Texas.

Headwaters at Incarnate Word // Start at the source: Before heading to the missions, check out this 55-acre sanctuary, where you can peer into the Blue Hole, the springs from which the San Antonio River, the city’s life source, emerges. Free and open to the public, its trails and footpaths connect to neighboring parks and natural areas and are birder-friendly. Tip: If you’re visiting on a Monday to Thursday during the school year, you’ll need a parking permit; spots should be readily available on Fridays through Sundays, though, and no permit is needed. (More details here: “The Blue Hole: A Center City Hidden Gem” by Warren Lieberman.)

Mission Trail (map) // Completed in October 2013, this eight-mile extension of San Antonio’s River Walk links the city’s four southernmost historic missions. Set aside at least two to four hours to hit them all. Tip: You can even paddle a portion of the trail now; check out Mission Kayak for rental information.

Blue Star Bike Shop // Consider traversing the eight-mile Mission Trail on a two-wheeler, specifically an Electra Townie or a Zuma Electric Assist, which you can rent here for a half day or a full day (helmets and bike locks are included). Access to the riverside trail is just a few yards away, making it an easy launching point for your trip. (See the handy map here.) Tip: The shop is closed on Tuesdays and closes at 3 p.m. on Sundays, so plan accordingly. You can also rent a BCycle bike, which has several BStation kiosks along the Mission Trail, but keep in mind that you’ll need to check your bike in at a BStation every thirty minutes to avoid additional fees.

Liberty Bar // You can’t miss this former convent turned restaurant in Southtown (it’s salmon pink) nor should you bypass its weekend brunch (huevos rancheros, chilaquiles Norteños, and lots of opportunities to eat as much of the homemade bread as possible).

Ocho // The Hotel Havana’s commissary, housed in a glass conservatory with views of the San Antonio River, serves a lovely desayuno, whether you order a simple basket of griddled flour tortillas with blackberry butter or a small feast of an omelette with avocado and bacon and queso blanco and an arugula and herb salad.

Blue Star Provisions // Before embarking on your hike or bike along the Mission Trail, stock up on snacks and picnic supplies (grab-n-go wraps, cold-pressed juices, homemade spent-grain brewery crackers) at this well-stocked market in the Blue Star Arts Complex.

La Barca de Jalisco // Take a quick detour from Mission Concepción to try the cabrito tacos, deemed some of the best in the state, at this classic Mexican joint.

Tito’s // Treat yourself to puffy tacos and barbacoa, two San Antonio specialties, at this Southtown institution. And what the heck: go ahead and treat yourself to a mango chamoy margarita too.

The Friendly Spot // Post-hike or -bike (or -drive, no judgment), order a round of micheladas and grab a brightly colored chair under the trees at this popular alfresco watering hole.

Freetail Brewing Co. // What started as a home-brewing obsession turned into a brewpub in north San Antonio, which has expanded to this thirteen-tap tasting room in south San Antonio, where you can tour the production brewery with a cold, malty Bat Outta Helles lager in hand. (Open Thur & Fri 4–9, Sat 2–9; tours Sat at 3 & 5.)

The Twig Book Shop // Bone up on San Antonio history as you peruse the extensive selection of Texana titles, like Alamo to Espada: A Vintage Postcard Profile of San Antonio’s Spanish Missions and other mission-related titles, at this indie veteran located in the buzzy Pearl complex. Tip: Plot your next read by keeping up with the shop’s Indie Next List as well as its Staff Picks Pinterest board.

Mission San José gift shop // To commemorate your journey down the Mission Trail, stop for a souvenir or two at the park’s visitor center, be it a colorful serape or a $3 bag of whole wheat flour from San Antonio’s own Pioneer Flour Mills.

Hotel Emma // Follow the river back north to check in at this brand-new 146-room retreat in the Pearl’s restored brewhouse. You’ll find little modern luxuries (guayabera robes, “welcome” margaritas in the stately library) and large repurposed relics (an old ammonia compressor, fermentation tanks turned into intimate nooks in the bar), which enhance the upscale industrial vibe.

Bookmark . . . this map of the San Antonio River Walk to plan your own hike/bike/drive/paddle along the Mission Trail 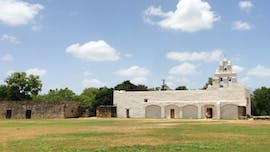 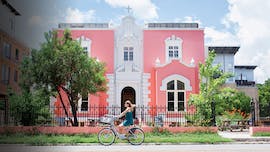 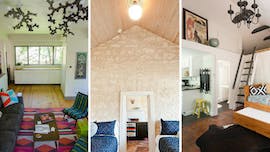 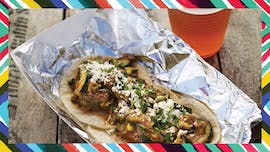